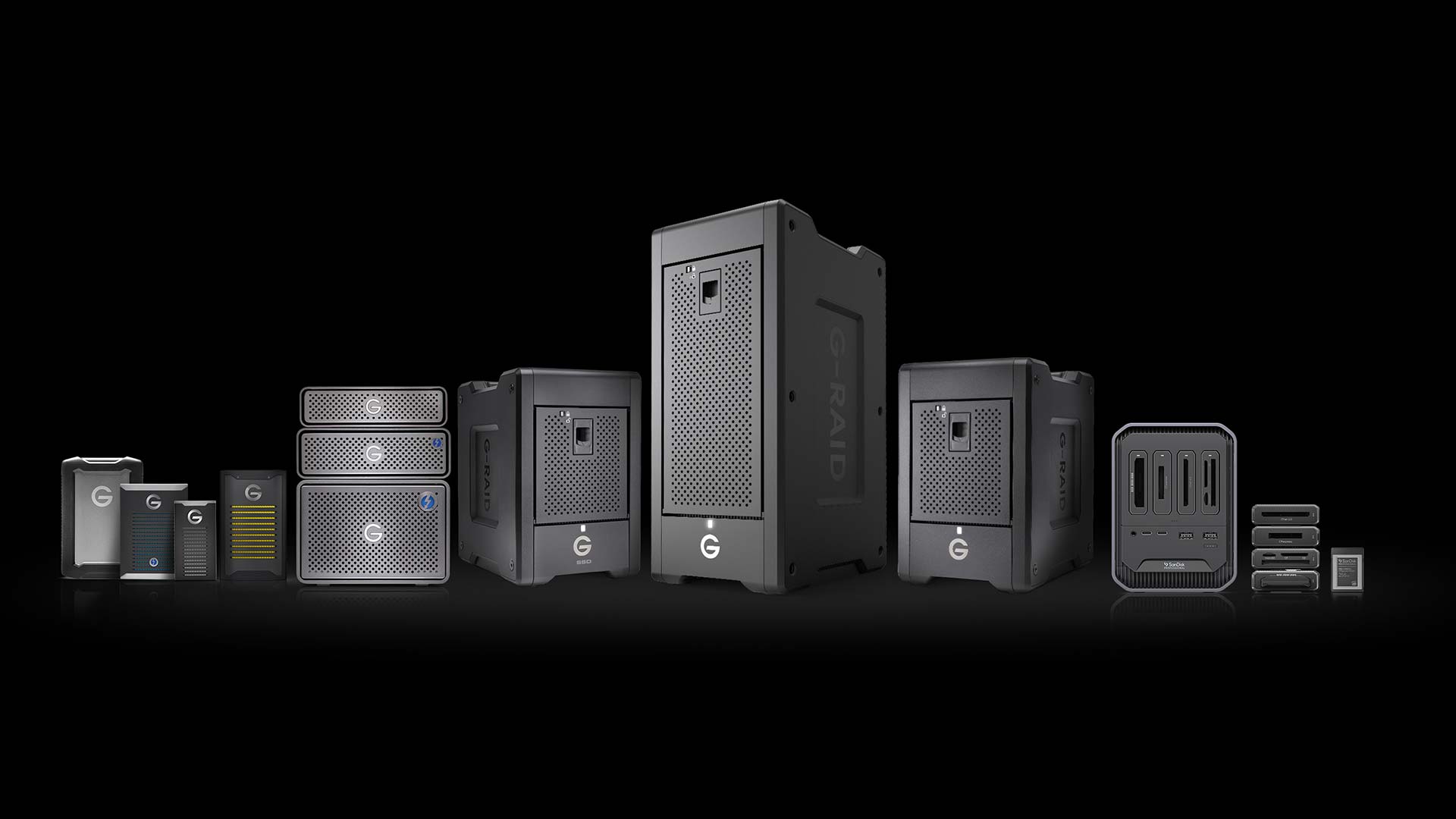 1 minute read
G-Technology is no more, but it has been reborn as SanDisk Professional. Image: Western Digital.

In a surprise announcement, Western Digital has announced that its G-Technology brand will now become known as SanDisk Professional.

Perhaps it isn’t that surprising that the move has happened. Google often gave me search results for electric vacuum cleaners when anything similar to G-Tech was searched for. And although SanDisk is not currently a brand you’d normally associate with top tier professional SSD and HDD storage this is about to change.

Although the main brand name will change, the drives will still retain the G-Drive moniker. A good thing, too, because the G-Drive logo is recognised the world over. The existing drive range, from the rugged portable drives to the G-Shuttle RAID systems are staying.

As the new brand debuts so to do some new products. These include PRO-CINEMA CFexpress VPG400 card, designed to keep pace with cameras that demand a minimum of a consistent 400MB/s write speed. A PRO-READER series that supports the USB-CTM interface, capable of SuperSpeed USB 10Gbs speeds. These readers are designed to work with the latest media, including CFast, CFexpress, RED Mini-Mag, CF, microSD and SD cards. Both these products are expected to be available this summer. 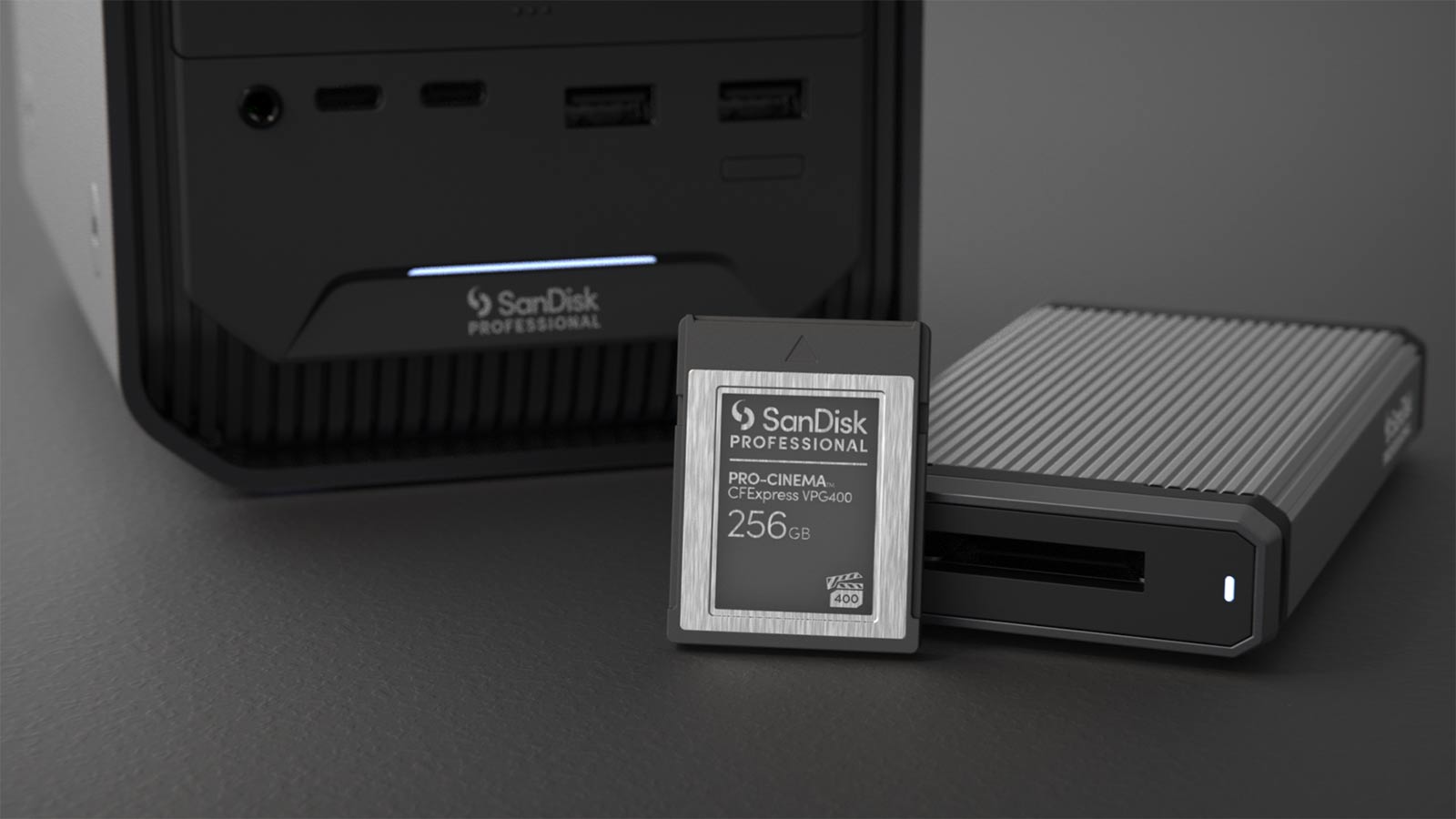 Additionally there’s a PRO-DOCK 4, a new 4-bay reader docking station that, in the words of the press release “can bridge capture and ingest with a truly scalable offloading solution that saves critical time and money on multi-camera productions.” The company says that the device enables up to four simultaneous card offloads. 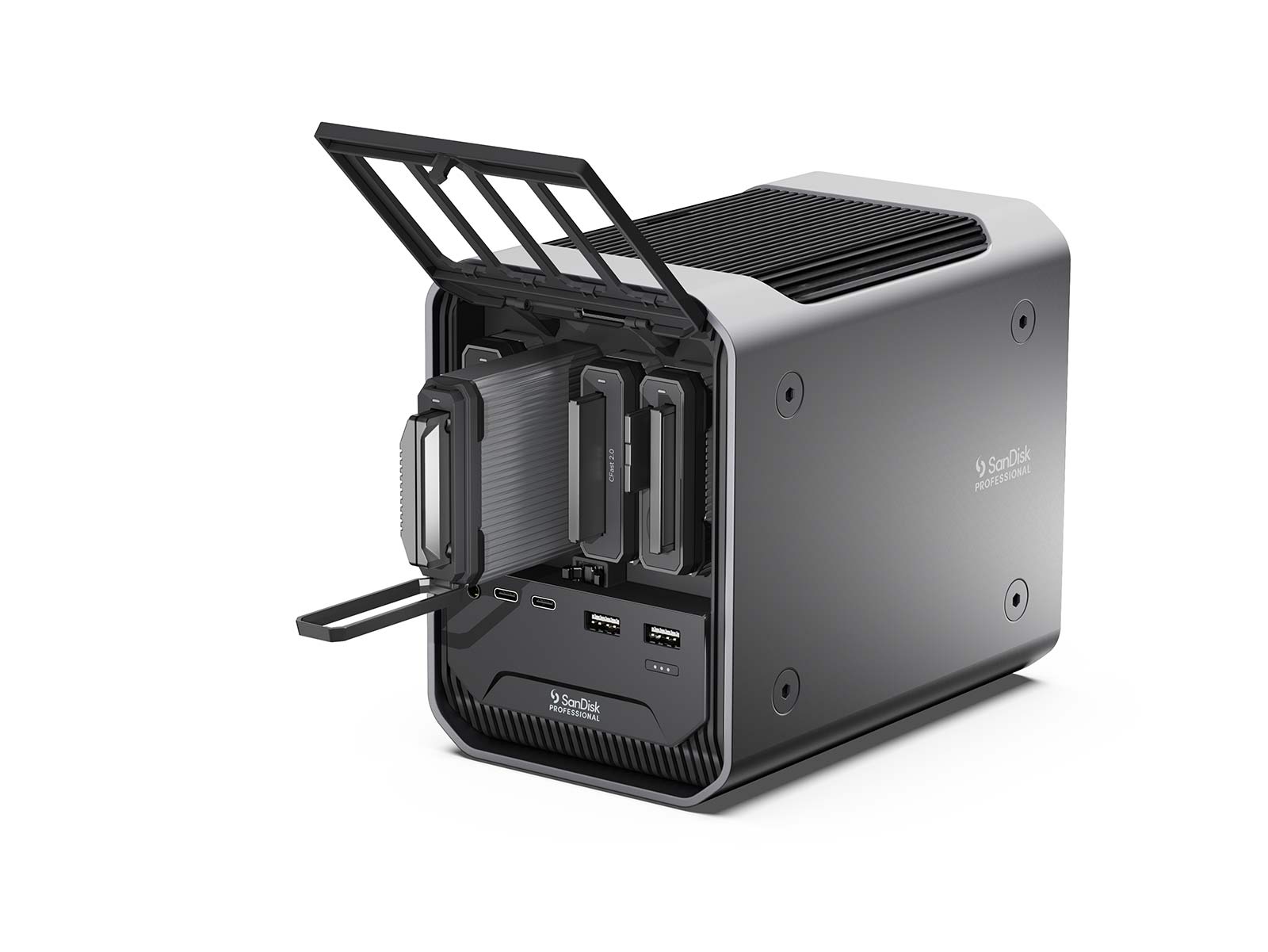 The rebranding from G-Technology to SanDisk Professional was a surprise, made even more odd by the fact that the existing G-Technology website is still active. Still, we wish everyone involved all the best for its success, and we hope to put some of the new products through their paces once they become available.