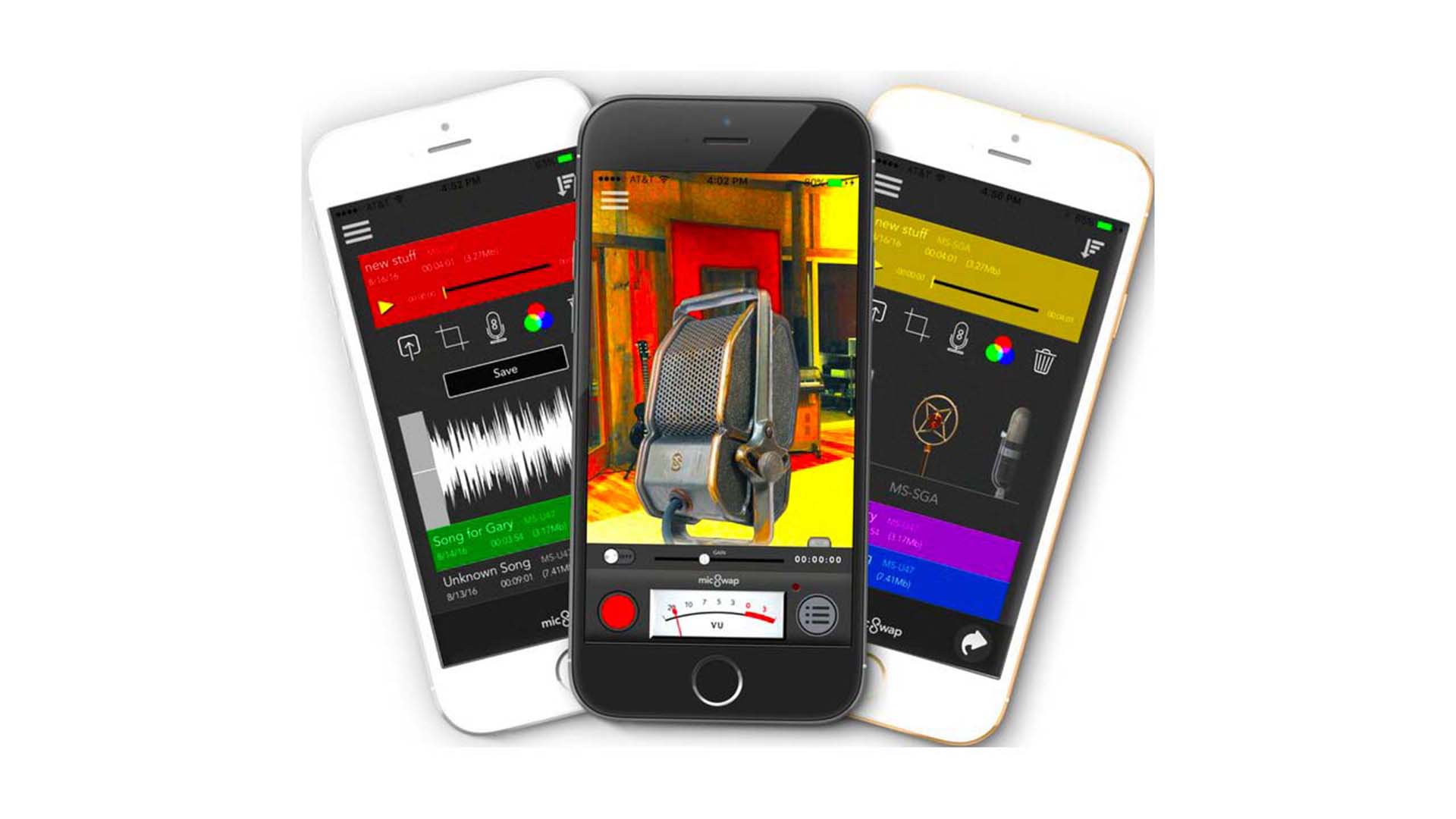 Future Moments offers several audio apps for film and video production, music creation, podcasting, and more. MicSwap, VideoFix, AudioMaster and their other apps are must-have's for both mobile and 'classic' filmmakers, YouTubers, and content creators.

The company was started in 2015 by musician Gary Levitt and programmer Wim de Nood. They have released several apps for mobile so far, including the popular MicSwap and AudioFix: For Videos.

MicSwap is a recording studio for the iPhone and iPad, featuring up to 17 mics modeled (emulated), such as the Shure SM58, RCA 77, Shure SM7B, Sony Lavalier, and others. Additionally, it also emulates studios, giving your audio an even more 'authentic' feel.

You'll be able to swap mics and studios, record the audio for your film or video project (or music, podcast, etc.), edit, import, share, label, and much more, all within your iOS device.

"The different mics in MicSwap are like different paint brushes in a palette, and they'll 'paint' a different tone," explained Gary Levitt on using the 17 microphone options. He is also a musician (Setting Sun), producer, and sound engineer.

"If a videographer is working solo, they set up your boom mic on your subject with a selfie stick," said Levitt. "And then select the microphone in MicSwap, adjust the gain and monitor the VU meter, and record it in the app." In post, you can synchronize the video and audio in your favorite NLE.

The free version allows for 3 mics and the ability to try out the others before purchasing. It’s a no brainer to purchase to get all 17 mics and more capabilities.

Other versions include MicSwap Multitrack and MicSwap Video (with even more features for production). MicSwap Multitrack is great if you have multiple mics while on set, a la Robert Altman. It's like having an expensive mixer on set, but it's on your iOS device. 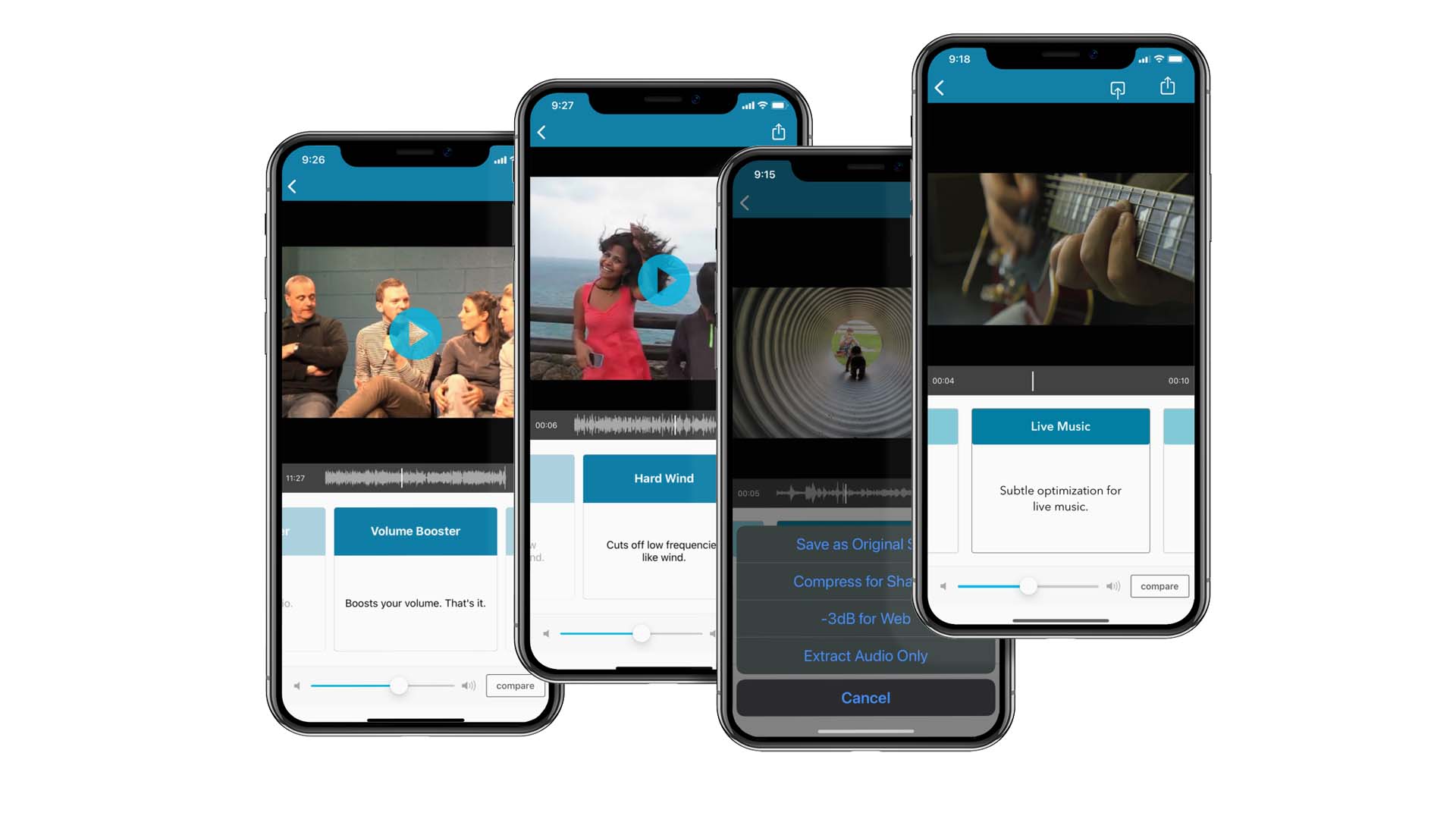 AudioFix 2.0 is a new and improved version of their popular app to quickly fix, boost, or mute the audio in your film or video project, plus easily extract the audio.

Boasting a new code base and audio engine, AudioFix 2.0 is even better at removing some of the more common issues that plague good audio — hiss, wind, hum, and other problems — without affecting the overall sound. This also includes raising the volume of your project without also raising background noise.

You import the video and select a filter to fix or enhance your project’s sound. The filters include Mild Hiss Remover, Volume Booster, Hard Wind Removal, various Audio Fix options (from Mild to Ultra, including denoising of lows and highs with subtle audio enhancement), Live Music Enhancer, Audio Smoother, and many others.

"AudioFix is very powerful but simple to use," said Levitt. "You import your video, swipe through filters to get rid of low buzz and hiss, and maximize the volume."

"AudioFix doesn't compress your video, doesn't change the resolution, it keeps the original size," continued Levitt. "You can re-import your video to further fix and enhance the audio without compromising the overall quality."

AudioFix 2.0 has been thoroughly tested and optimized for iOS 15, plus the team at Future Moments has released a version for macOS (along with several of its other apps), and the best part is, there’s no additional cost behind the initial price of the app (a very affordable $19.99 USD). There’s also a version for Android users with all the same features.

Future Moments offer a variety of powerful mobile audio apps for both iOS and Android. My suggestion would be to try out MicSwap (iOS) and AudioFix (iOS and Android) with your film and video projects, then check out MicSwap Multitrack, MicSwap Video, AudioMaster, VideoVerb (add reverb for video), etc.

Check out the Future Moments website to learn more and purchase.