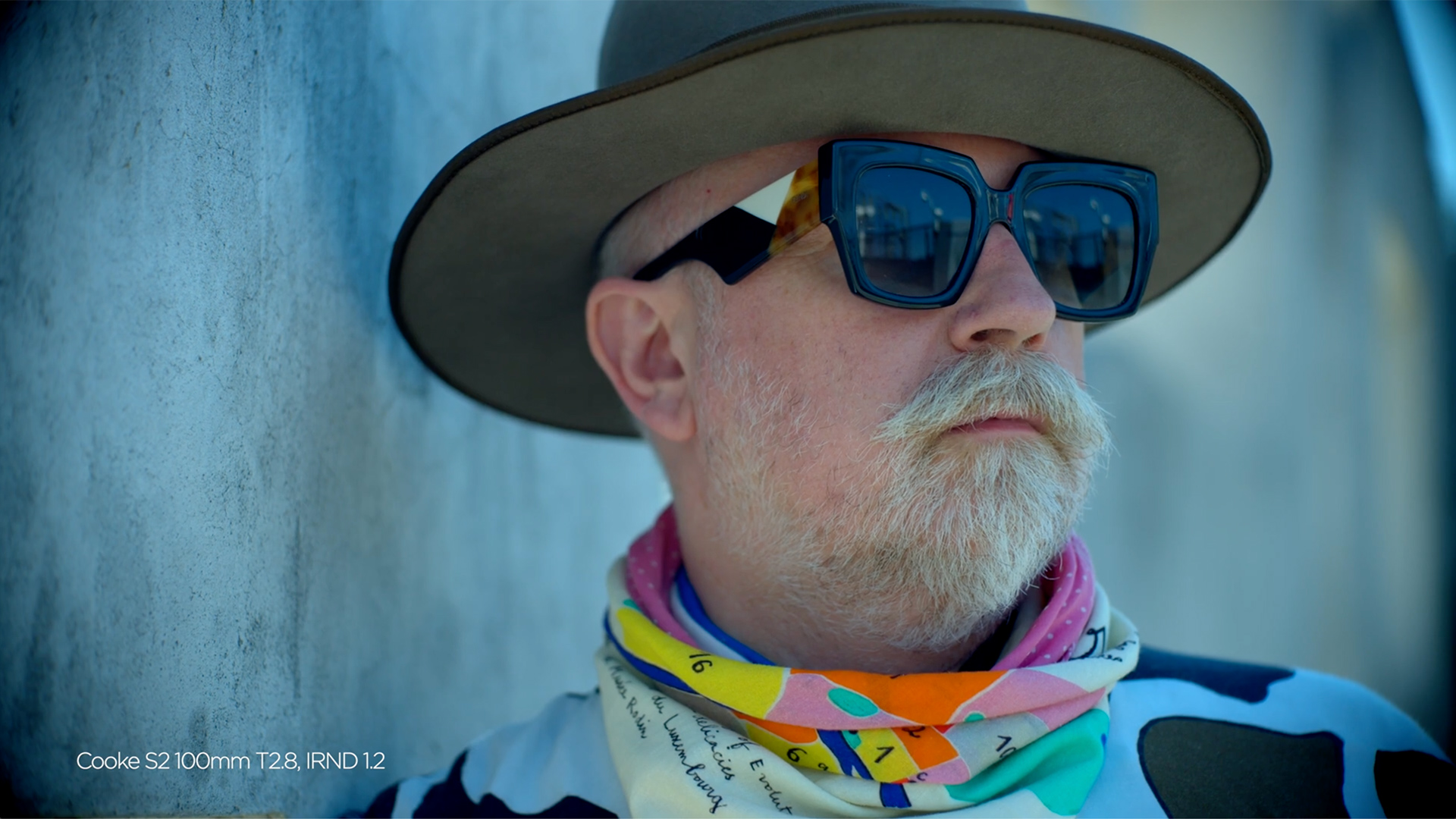 The GFX100 is Fujifilm’s flagship camera. It features a sensor that measures a whopping 44mm x 33mm and takes stills with up to 100MP resolution. In short it’s a beast of a camera, and at £10k it probably isn’t one that the average person will buy, either. However with the latest firmware update, the GFX100 has become the most affordable way to own and shoot large format 4K raw video.

Now you can use the camera to output 4K ProRes RAW over HDMI to, you’ve guessed it, an Atomos Ninja V monitor/recorder. 4K ProRes RAW video can be recorded up to 29.97fps in 16:9. Although the GFX100 can do something that no other camera that currently outputs the signal can; it can simultaneously record internally to a memory card in Film Simulation/ F-Log/ or HLG mode. Dual recording whilst outputting ProRes RAW is a function that is often asked about, but rarely provided. However it is present here. 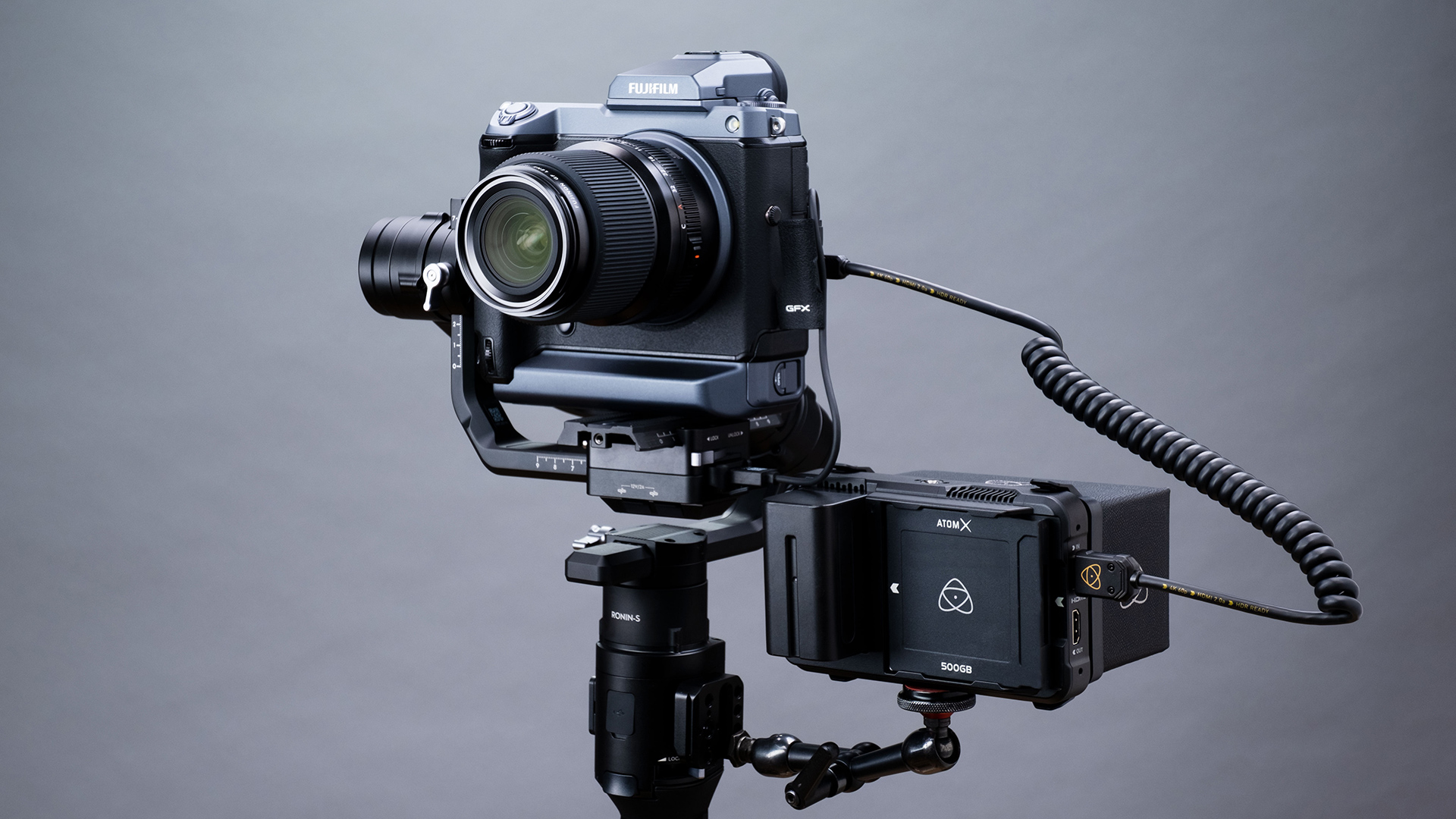 The Fujifilm GFX100 connected up to an Atomos Ninja V for ProRes RAW recording. Image: Atomos.

As you can see from the test video (below) Atomos has supplied, shot by cinematographer Jake Polonsky BSC (Senna, Billions, Black Mirror - Bandersnatch), the results look incredibly good. There are certain undefinable qualities in a picture that has been shot in large format and downsampled from a much higher resolution. But as can be seen here one of the other advantages of the GFX100 is the sheer amount of lens choice that is present on the system. From native Fujinon GF lenses, through to PL Cooke S2 cine lenses, and vintage stills glass such as the Minolta Rokkor 58mm f/1.2.

Other new features on the GFX100

The new firmware doesn’t stop at the video functionality. Stills get a boost with a new expanded Film Simulation Mode, which adds CLASSIC Neg. As the name suggests this simulates negative film traditionally chosen for snapshots. This will also be available on the GFX50S and GFX50R as well as the GFX100. The 100 also gains the addition of an ETERNA Bleach Bypass simulation, while the standard ETERNA mode will be added to the 50S and 50R.

Autofocus performance has been improved on all cameras. The GFX100 gains even faster phase-detection autofocus in low-light conditions down to -5EV. The 50S and 50R gain a Low Light Priority AF-S mode. All three cameras have had performance improvements for their Face/Eye AF modes.

An auto mode has been added to the focus bracketing feature so that users can specify start and end points, as well as the shooting interval. The camera will then automatically calculate the number of frames and steps required.

Tethered shooting has been improved by letting users adjust settings such as shutter, aperture, ISO and EV for stills using a computer. For the GFX50S and 50R the maximum number of photos that can be stored in each folder on an SD card has been upped from 999 to 9999. 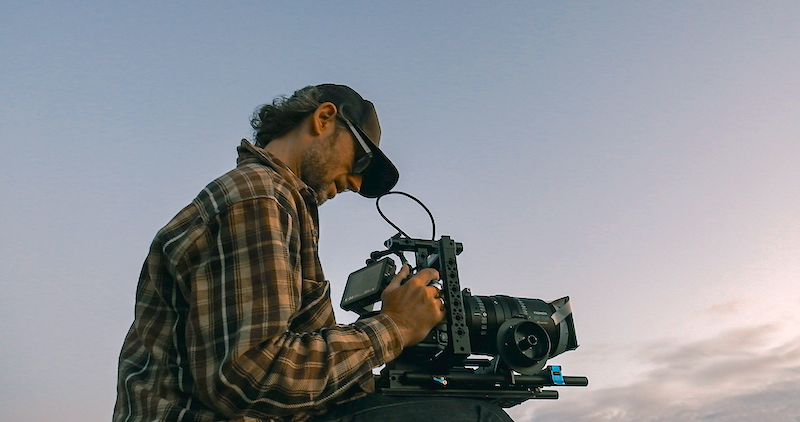 If you wish to use the new video functions of the GFX100 on a drone, the new firmware allows the camera to be used with a compatible gimbal that supports remote control functionality. This will present control over recording start/stop, shutter speed, aperture, ISO and EV, as well as being able to make manual focus adjustments. FeiYu, Gudsen, DJI and Zhiyun have all committed to offering compatible products for the new firmware.

The new firmware can be downloaded from the links below.

The relevant compatible AtomOS update for the Ninja V will be available from Atomos in July 2020.