Foundry pivots to USD with Nuke 14.0 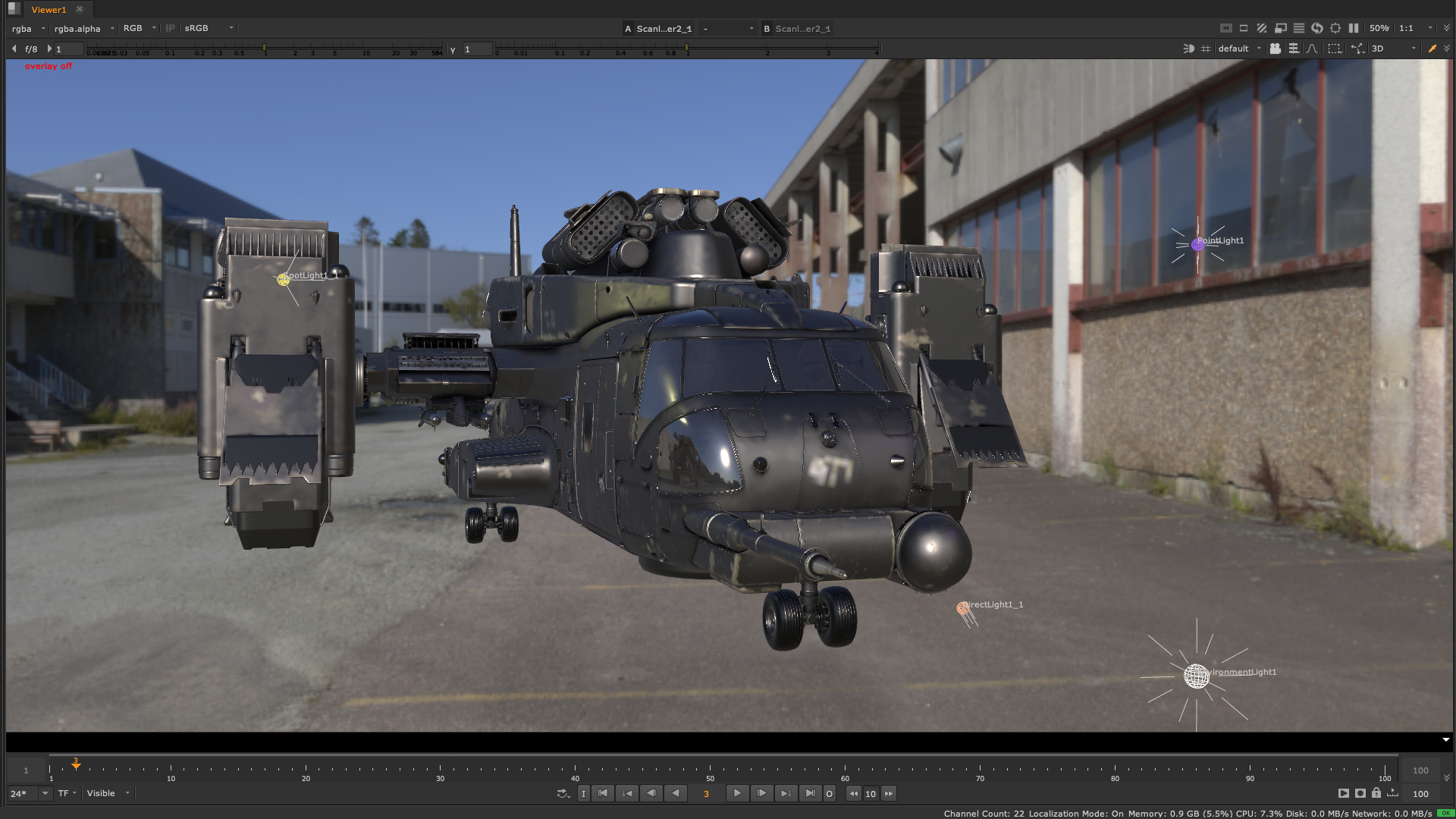 The next generation of Foundry’s award-winning vfx software, Nuke 14.0, features the first stage of a completely new 3D system built on USD.

All in all this is a fairly major overhaul of what is one of the best regarded vfx packages out there. The first release of the Nuke 14 series brings a completely revamped beta 3D system that comes equipped with more than 40 nodes and a USD-based architecture, all of which should work towards improving performance and scalability when working with large scenes.

USD (Universal Scene Description) is, of course, Pixar’s original extensive ecosystem for describing, composing, simulating, and collaborating within 3D worlds, and is seen as one of the key building blocks of the hypeverse metaverse.

Foundry reckons it has managed to combine the scalability and performance of USD while maintaining its own heritage of simplicity in compositing workflows — all while offering pipelines the flexibility to create new USD-based integrations.

As part of this revamp, Nuke has introduced a dedicated scene graph. This allows artists to easily view, navigate and manage complex 3D scenes. Nuke 14.0 also gives users access to new path and mask knobs that work intuitively with their workflow, as well as new light nodes, material and shader workflows, and much more.

It’s worth reiterating that Foundry is releasing the 3D system as a beta feature and has created a new forum space to allow artists to collaborate, feedback, and build the next generation of 3D compositing workflows. It’s not all going to work perfectly out of the box, in other words, but the potential is definitely there.

There’s more too. There are updates to the UnrealReader which enables support for Unreal Custom Render Passes, the introduction of cloud-based login licensing and Cattery, a free library for third-party machine learning models converted to .cat files and ready to be run as Nuke nodes, plus many other enhancements to help accelerate the way that artists work.

Here’s a brief, 5-minute intro to the new 3D system.

“The new 3D system is one of the biggest updates to Nuke in its history at Foundry,” reckons Juan Salazar, Director of Product at Foundry. “Nuke’s 3D system was revolutionary in its time—however, as projects have grown in scale and complexity, it was no longer up to scratch. The new 3D system is the product of the best minds on both the Nuke and Katana teams applying a deep understanding of USD and production pipelines. We are building the next generation of 3D workflows in compositing on this more scalable and performant base. While we are dedicated to maintaining the speed and simplicity of 3D compositing workflows, this update introduces major changes for artists and releasing the new 3D system as a beta feature will enable us to capture critical feedback on how to make improvements in USD and 3D workflows. I’m excited to see what artists and pipelines do with this new system!” 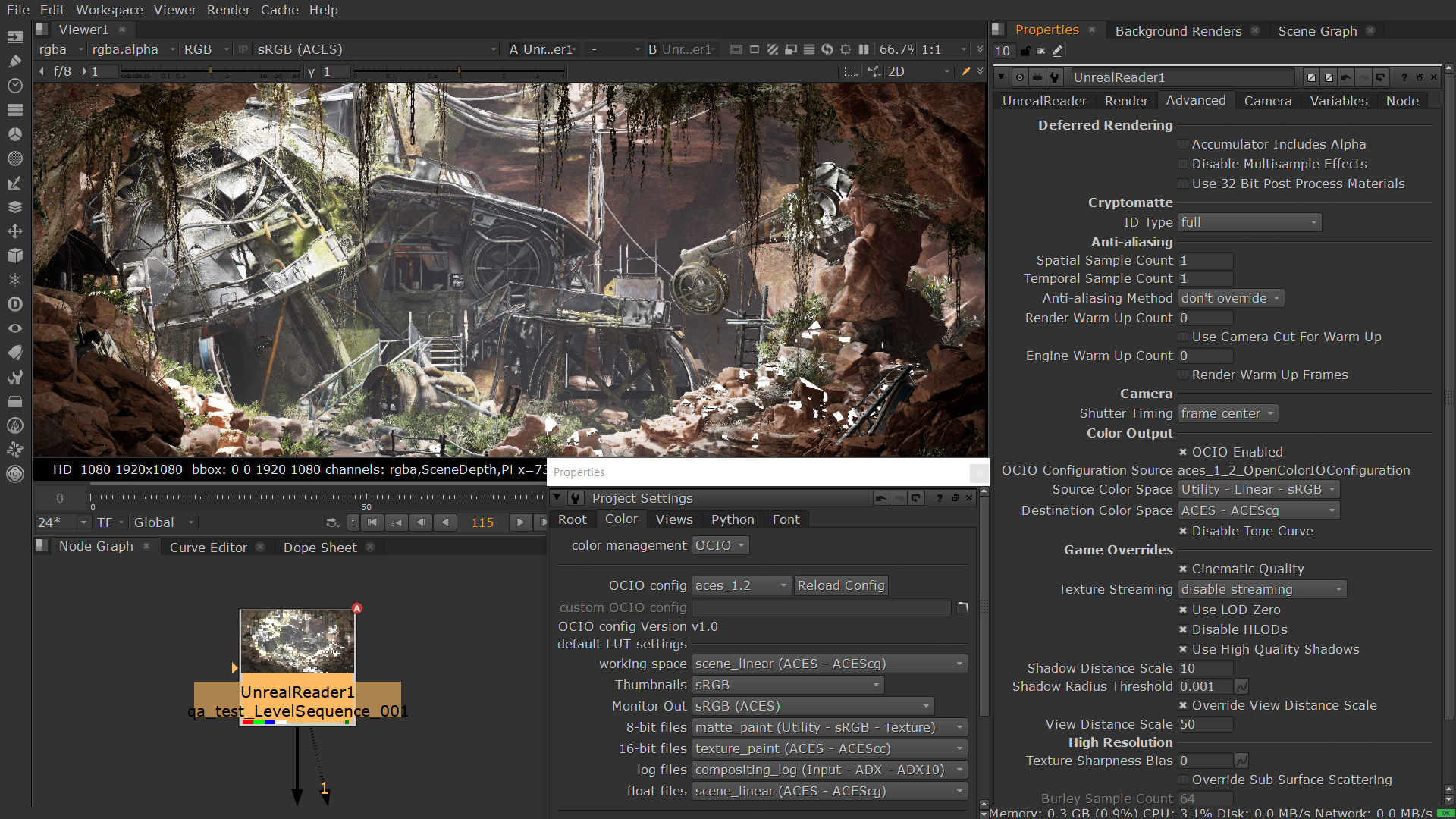 Nuke’s 3D system’s been completely revamped, with improved performance and scalability, so artists can efficiently work with modern 3D scenes at scale. The new USD-based system brings Nuke’s 3D in line with modern standards and introduces new nodes and workflows for artists to dive into.

With the new 3D system comes the introduction of a dedicated scene graph that allows users to easily view, navigate and manage large, complex 3D scenes. Artists will get a clear, visual overview of a scene and experience the intuitive drag-and-drop functionality to new path masks in nodes. This advanced scene graph is consistent with modern 3D workflows and ensures every primitive inside the new system will have a unique ID path that will exist in a scene graph hierarchy.

Artists have greater control with new path and mask knobs. All nodes that create geometry will have a new path knob that enables users to determine where the geometry they’re creating lives in the scene hierarchy and how it’s named. Similarly, any nodes that modify geometry will have a new mask knob that allows artists to specify which part of the 3D scene that node should affect. These knobs are based on a simplified CEL expression language that allows the use of tokens and expressions. For artists, this means that the knobs can default to intuitive workflows with minimal input, but also allow for complex selections if you want to go deeper.

Introducing new light and material nodes in Nuke 14.0. There is now support for USD material networks and the new PreviewSurface material node allows for USD-based specular or metallic workflows. Materials can also display immediately in the viewer when working with USD files with their own looks. This gives artists a way to quickly see their assets in a more accurate representation inside Nuke’s 3D viewer. New USD lights mean that when importing lights from other USD-based applications, users will have the exact same lights inside Nuke and when combined with Hydra and potential future support of additional renderers in Nuke’s viewport, this means artists could see a more consistent image across applications going forward.

So that artists can help continue to shape the new 3D system across the 14 series, a dedicated community forum has been introduced to enable discussions and feedback with the 3D team. The Nuke team is interested in hearing from users in regards to all areas, from existing nodes and workflow improvements, new node or workflow suggestions, feedback on performance, the API, or new features such as the scene graph or path and masking workflows. Join here to help develop the future of 3D compositing workflows in Nuke.

Cattery is a library of free third-party machine learning models converted to .cat files to run natively in Nuke. Cattery aims to bridge the gap between academia and production, giving everyone access to different ML models that all run in Nuke. Users will have access to state-of-the-art models addressing segmentation, depth estimation, optical flow, upscaling, denoising and style transfer, with plans to expand the models hosted in the future.