Sony today announces firmware updates to its FX9 and Venice cinema cameras bringing a number of promised features as well as a few pleasant surprises.

Since its introduction last year, the FX9 has built upon the capabilities and success of Sony’s FS7 series cameras now adding full frame capabilities. It has achieved wide adoption by solo shooters as well as in major production spheres. Yet Sony announced that full DCI 4K would follow at a later date, something that did cause some level of comment in the production community. Well, FX9 firmware version 2.0 brings 4K DCI to the FX9—and much more.

Firmware 2.0 is planned for October 2020 release and will be a free download for FX9 users with Sony’s usual update method via SD card.

Next, 16bit RAW Output is now available via the optional XDCA-FX9 back and a compatible recorder. More announcements regarding external recorder compatibility are to follow.

RAW will only be available in DCI 4K or DCI2K for Full-frame mode, while in Super35, QFHD will be available in addition to DCI 2K and 4K. In Full-frame 2K, rates up to 180p can be realized. A future firmware upgrade will enable up to 120p QHFD but only limited to 10 bit.

The camera can now store up to 16 user-generated 3D LUTs imported to camera via SD card. It will accept any cube file created in your favourite application.

A long-standing critique of even the original FS7 was its setting choice of Cine EI or Custom modes. I’ve spent hours explaining the differences and the ambiguities raised by calling it “custom mode”. Settings will now be Cine EI, SDR and HDR. SDR is the equivalent of the old Custom mode, but more accurately reflects the shooting options of custom mode. The emulation S-Cinetone is located now in the SDR mode along with all other paint and gamma functions previously under Custom. Additionally, Sony has added an HDR mode which is HLG, as in other Sony cameras. There will be a choice of Natural (BT.2100 HLG) or Live (same as other Sony HLG gammas) looks.

Following the trend in Sony mirrorless cameras, the FX9 will now add Eye Autofocus. At this point, it is only human eye, rather than human or animal as in the Sony Alpha cameras. But there are added possibilities. There is a choice of Face/EYE Priority AF or Face/Eye AF only. Or the option could be turned off. More than that, Focus Touch control allows the operator or assistant to touch the specific focus target face in the VF display for a scene with multiple subjects.

The role of the focus puller may change slightly with a new assignable function for detailed focus setting. One press of the button changes AF transition speed. Two presses changes sensitivity. Now a traditional focus puller can either continue to work manually, or be tasked with setting the AF settings function to the specs of the DP.

This is the big one for users frustrated with diving through deep menu settings.

Menu status and changes can be viewed and made via a touch screen display with a similar layout to the Venice camera. See the images below for a pleasant surprise. Sony also notes that these are tentative images all subject to finalization by firmware release. 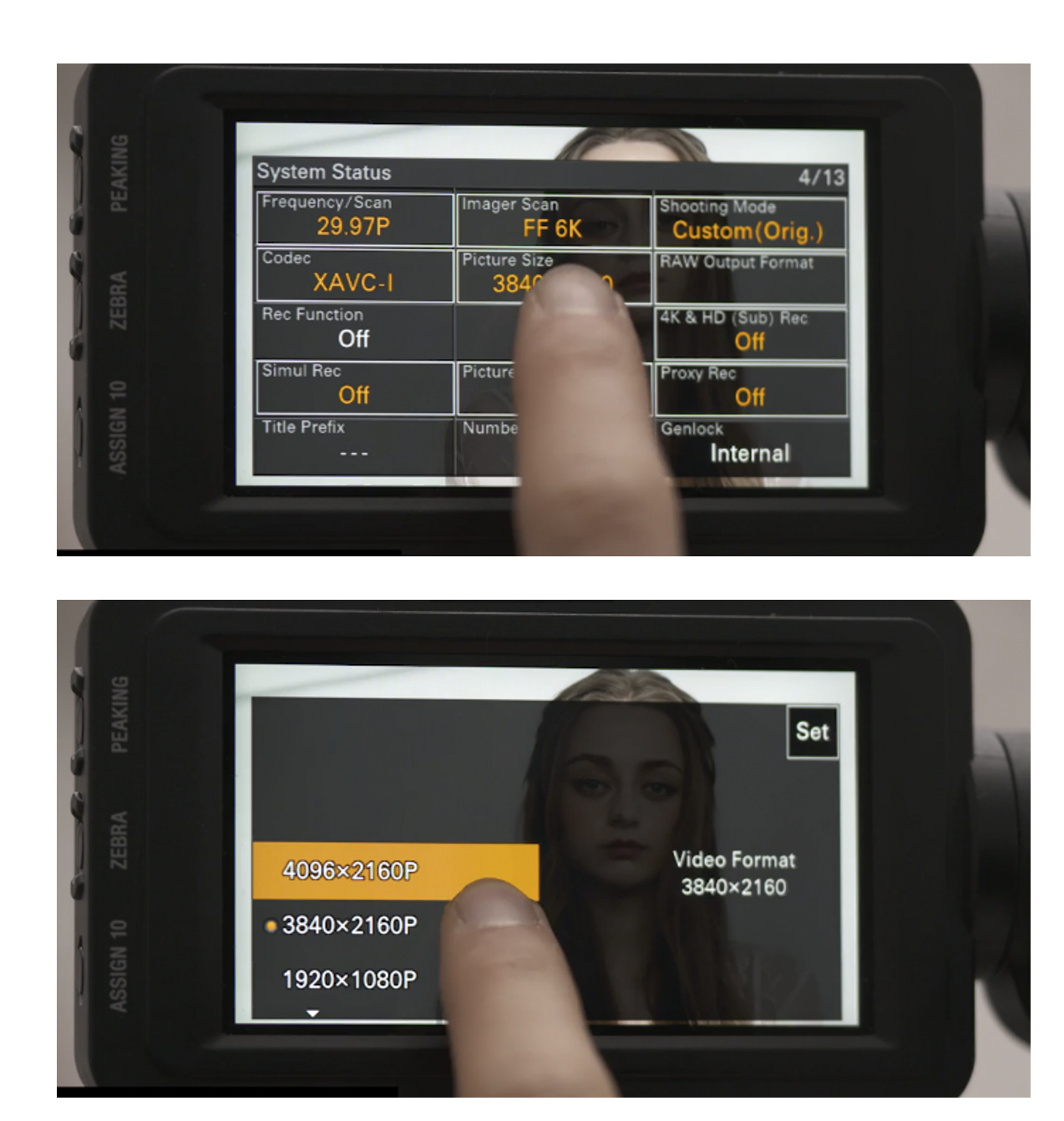 Now for a few others.

The camera now supports 6G-SDI output in 4K 23.98-30p with single SDI cable. Finally, the slot-in wireless audio received feature for DWX and URX series wireless mics is enabled in the XDCA-FX9. And the shoe-mounted XLR-K3M module supports both digital and analog I/F. 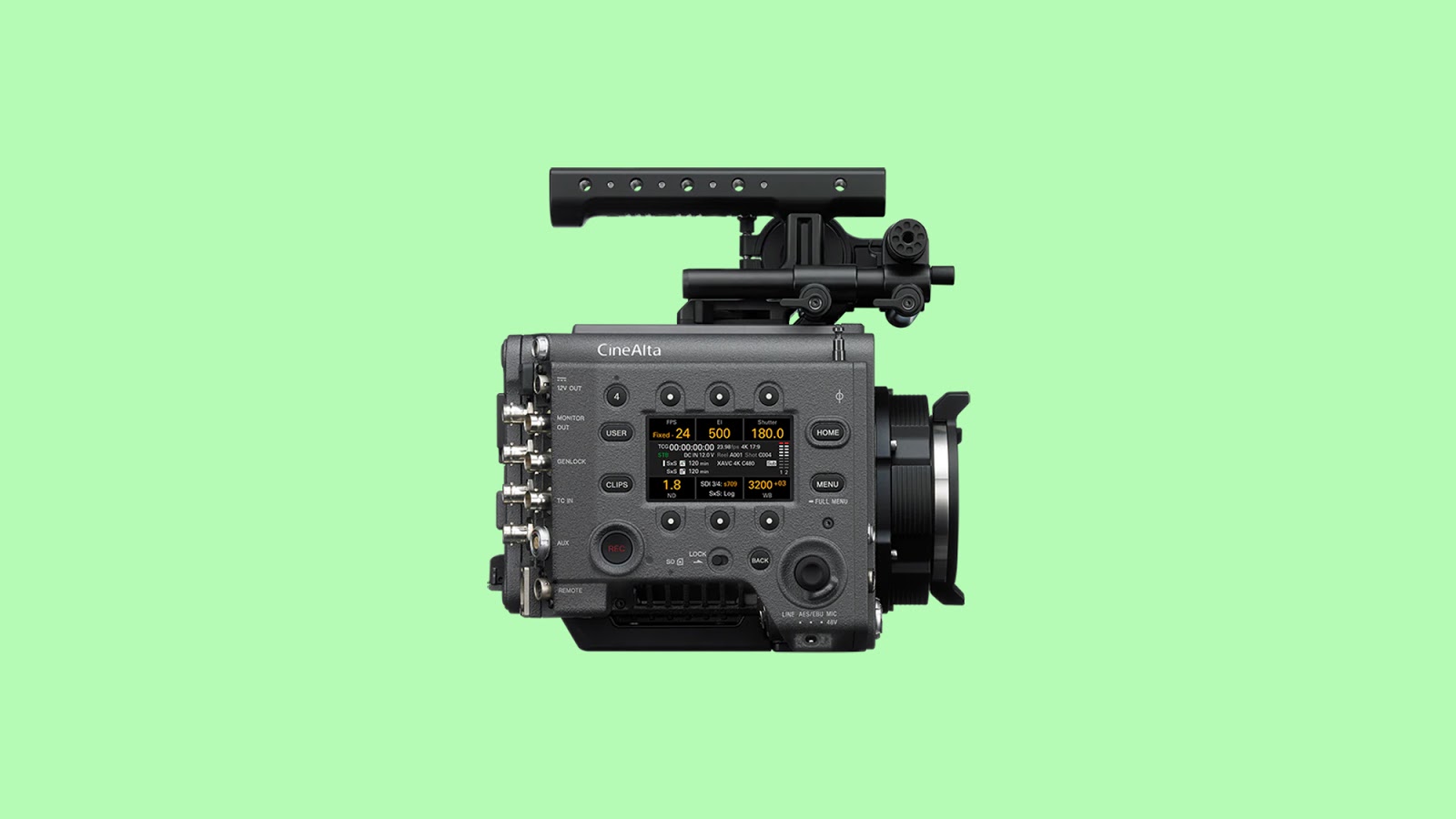 Sony continues its development of the flagship Venice camera with firmware update 6.0, tentatively available in November 2020.

Firmware 6.0 introduces Advanced Rendering Transform. Any LUT can be converted to a .art file in Sony RAW Viewer. Sony has made its SDK available to other developers. This .art file can be loaded into the camera and applied to such outputs as VF and HD monitor for an improved picture quality above merely applying a .cube LUT. Currently this only supports Rec 709 monitors and HDR via emulation, but development of output to HDR monitors is on going. This will allow for far more accurate on set viewing for directors and DP’s.

Accompanying the ART feature will be a Technicolor Look Library, jointly developed by Sony and Technicolor. It will initially consist of 5 Looks for a Rec. 709 target display and will be available free of charge concurrently with the 6.0 firmware release.

The content delivery world is changing rapidly, and even more rapidly as social media dominates the COVID-19 age. While such NLE’s as Adobe Premiere now have auto centering in diverse aspect ratios, much more can be accomplished in camera with the new Venice firmware with additional frame guides and automatic Portrait or Landscape extraction from a Full Frame image. 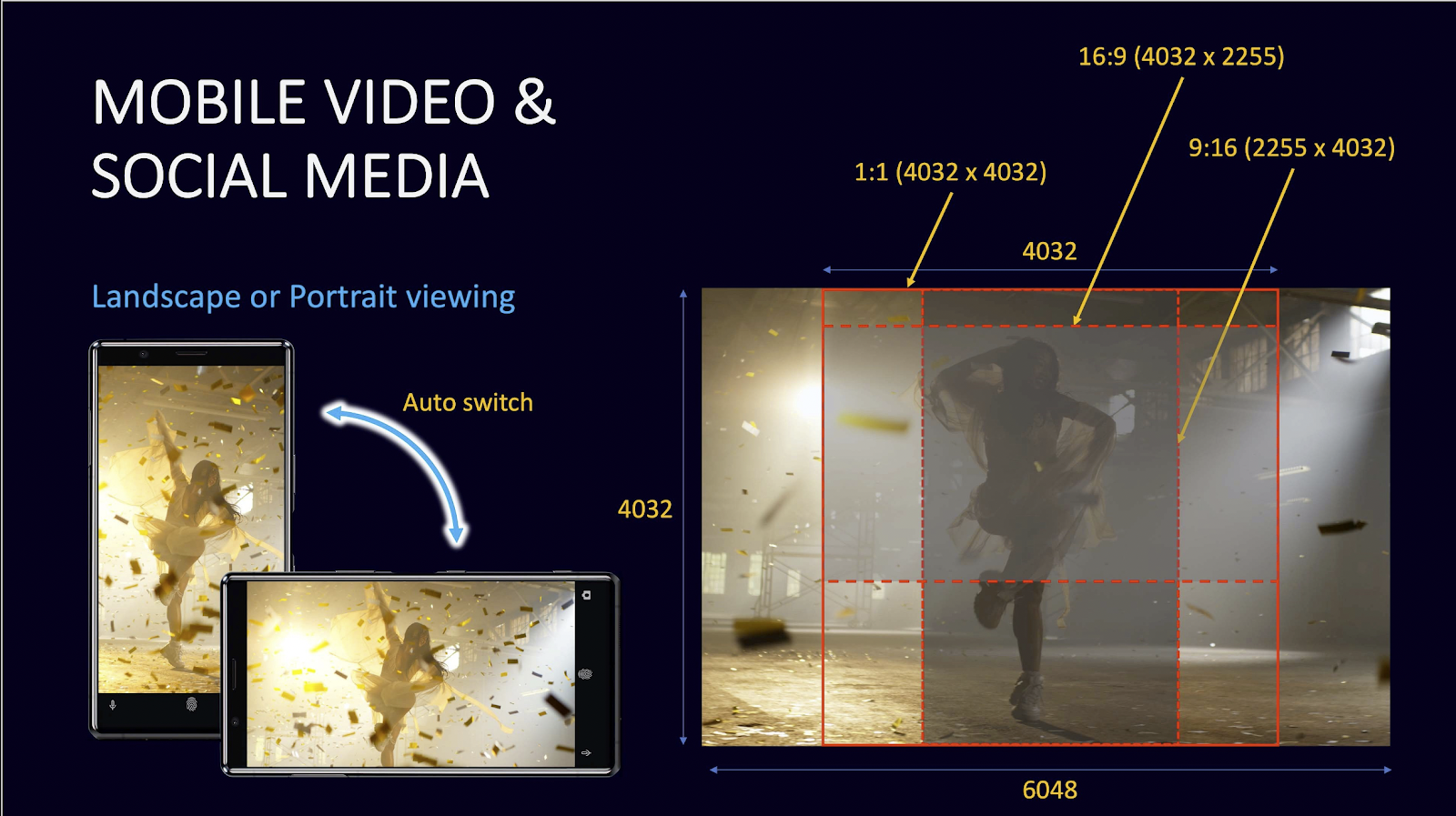 While not directly related to firmware announcements, Sony also is offering Livestreaming tutorials on YouTube as well as several articles on both the Sonycine site and the Alphauniverse site.

I was present last year at the pre-release press reveal of the FX-9 as well as the reveal several years ago of the Venice. At that point, there was some minor amount of grumbling on the part of fellow journalists about the absence of key functionalities, particularly full 4K DCI in the FX9 as well as numerous cine-necessary features in Venice. That presaged the comments from potential and existing customers. Nonetheless, the cameras were selling and being used in productions. The FX9 in particular with its Venice-like color science led to wide adoption.

Now, to be fair, all manufacturers need to release product as soon as a viable system is developed. There are always features to be added and, from dealing with manufacturers for so many years, I can attest that firmware development is long and expensive. We think rightly so that our purchase of a camera entitles us to free firmware upgrades without sometimes realizing that perhaps development costs could reach $1 million, or even more. Manufacturers need to begin realizing their ROI’s as soon as viably possible, just as we who purchase these tools must do so. Anecdotally, it seems that there were more Venice sightings in the wild with each successive update and functionality enhancements.

The true test then of a manufacturer is not necessarily waiting until all features are available but in the continuing commitment to ongoing product development and delivery of promised features. Sony passes both of those tests in the announcement of FX 9 ver 2.0 and Venice ver 6.0.