Here's everything you need to know about buying an eGPU system 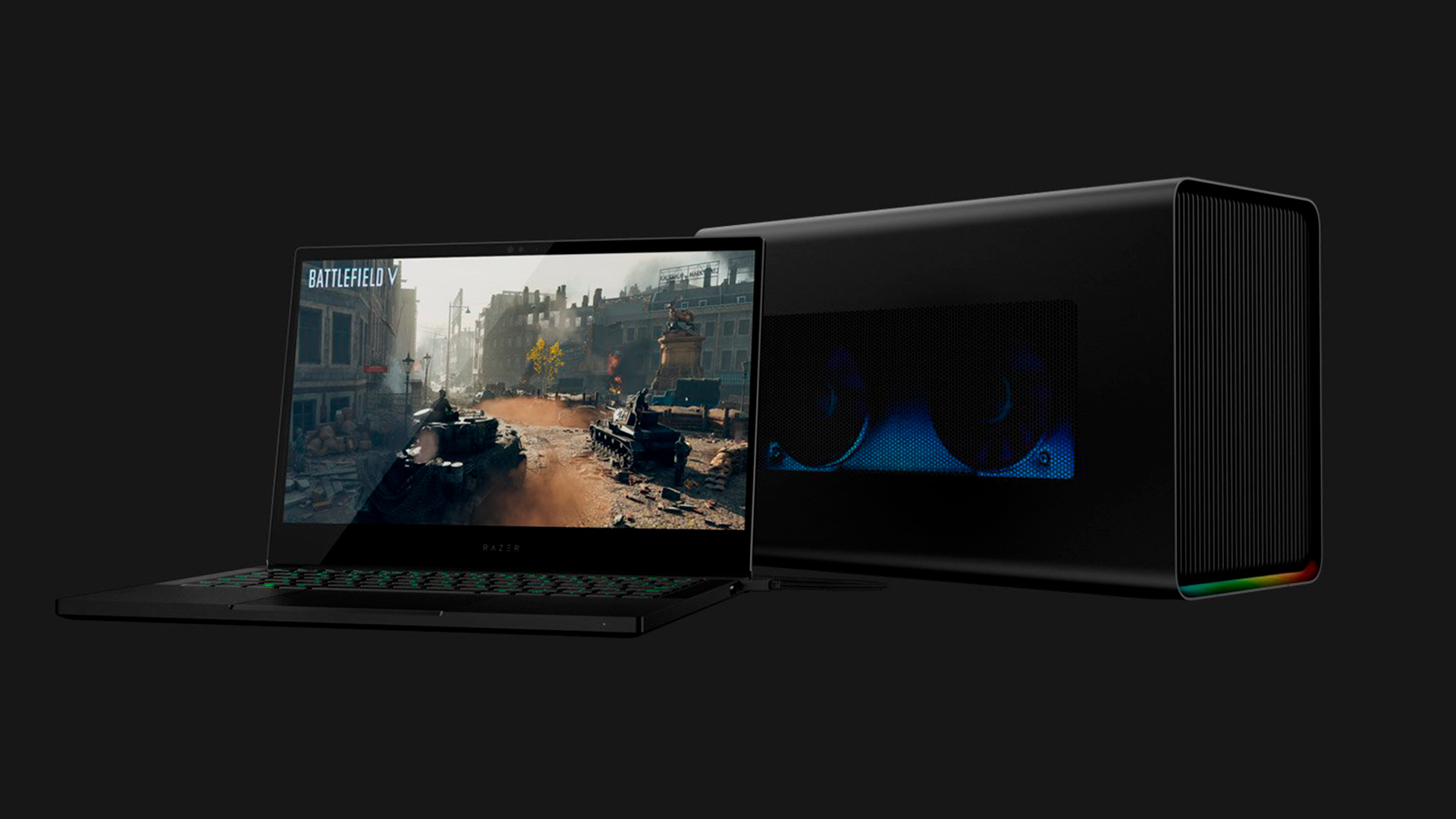 An eGPU can be a great way to make your machine more powerful, but it isn't straightforward in how to choose one. Here's a comprehensive guide to navigating the eGPU maze.

The eGPU has been touted as a way to add or upgrade the GPU in a laptop, mini, or all-in-one personal computer. There's been quite a bit of debate about the merits of this approach and whether or not it actually works.

The idea is that since a TB3 port includes a PCIe bus, connecting a chassis to it that incorporates a PCIe slot would enable using a desktop graphics card in a laptop. In general that is accurate, but there are definitely tradoffs.

For anyone considering an eGPU, the first consideration is what sort of computer it's for. Having at least one Thunderbolt 3 port is a definite prerequisite, but some computers, especially ones that include discrete GPUs and ultra-low volt (ULV) CPUs, only provide two lanes of PCIe to the TB3 port rather than the maximum of four, significantly compromising the bandwidth of the TB3 port. Manufacturers often aren't clear about this, so it pays to look at reviews to find out for sure.

There is a great deal of variation among the eGPU enclosures as well. Black Magic offers a few models (now end of life) that have some useful features including silent operation, but they're also sealed so there is no option for upgrading the built in GPU. Others have plenty of space for GPUs with large coolers, but power supplies too small for higher end GPUs. Some of the higher end chassis from companies like Aorus and Razer have relatively large power supplies, plenty of ventilation, and enough space for 3rd party GPUs with large, custom coolers. These also tend to be larger and heavier, taking up more desktop space. The port clusters on each also vary; some include a USB hub, some do not. Among the ones that do, a USB controller in the eGPU chassis is pretty much standard now, though that was not the case on some earlier models. 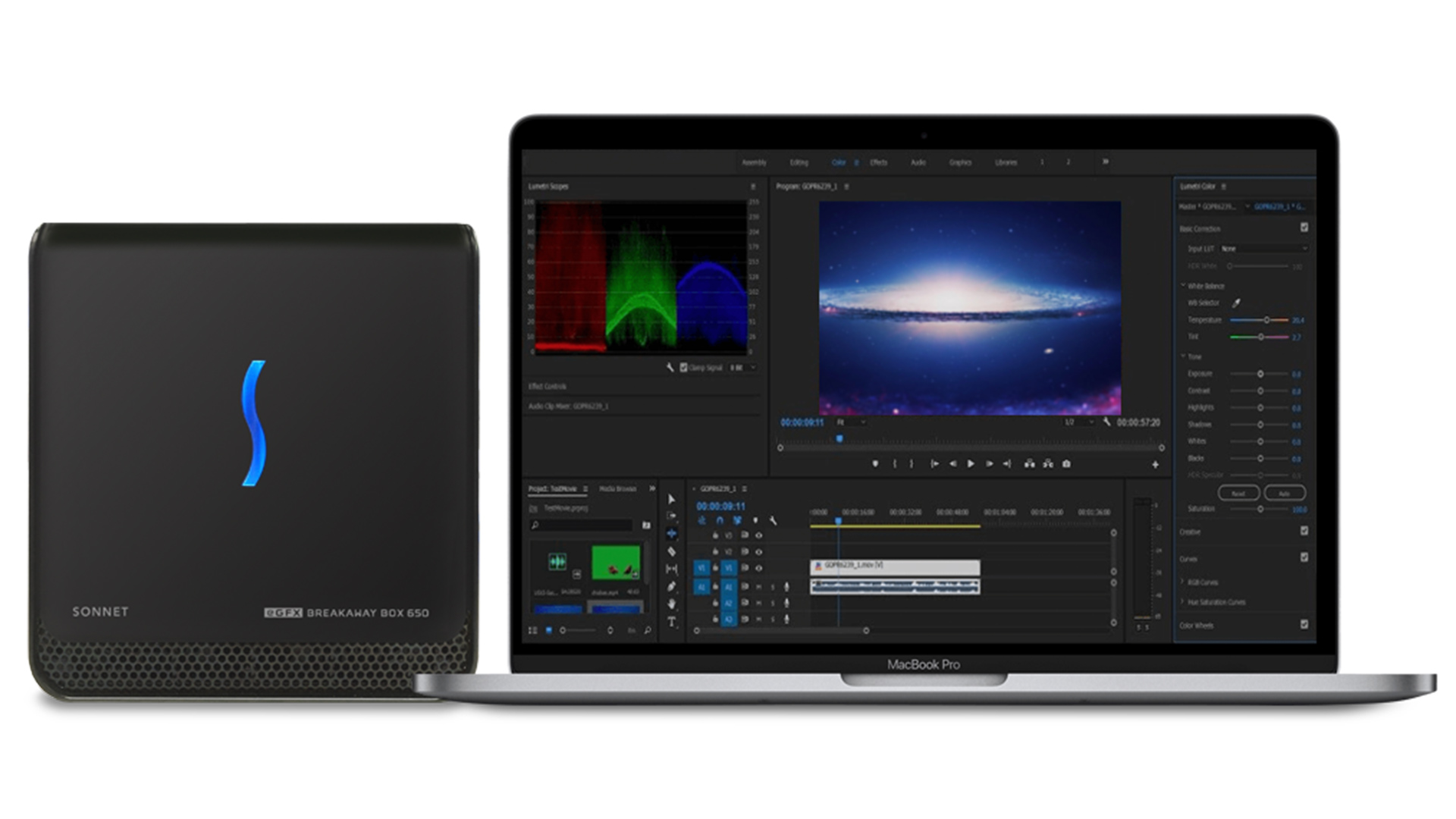 How to choose an eGPU

Having chosen an eGPU chassis and a laptop to use it with, the next consideration is what GPU to get for it. Do not mix and match. On a laptop with a discrete nVidia GPU it is possible to make an external Radeon work, but expect to be re-installing the driver for nVidia when operating away from the eGPU, and then re-installing the Radeon driver yet again after returning home and connecting to the eGPU. This is likely to be an unusual case, since most of the time a computer chosen for use with an eGPU has no discrete GPU in it. This might change in the near future as the RDNA2 Mobility GPUs start appearing in laptops however, so keep this in mind.

Balance the GPU and the CPU. On a laptop with a quad core ULV CPU, there's no reason to purchase a top end GPU like a 3080 or 3090 or equivalent Radeon, because the CPU will be the bottleneck. In my case, I had a 1080Ti on a Spectre x360 and rarely saw the GPU utilization reach even 20%, but connecting the same GPU to a much more powerful laptop with a 45watt hexacore CPU enabled it to reach 60% utilization. The original plan had been to put the 1080Ti in a desktop down the road. Otherwise, a 1060 would have been a better value.

The effectiveness of an eGPU also varies among applications. Many color grading applications favor a single more powerful GPU over two less powerful ones. Some, such as Resolve, require that the GPUs be identical in order to use multiple GPUs. On the other hand, a lot of modern 3D renderers divide each frame into tiles that can be distributed among dissimilar GPUs.

How best to connect an eGPU

Both OSX and Windows handle eGPUs pretty transparently. Simply install the GPU in the eGPU chassis, connect it to the computer, and install the GPU drivers. Provided that the chassis can deliver enough power for the GPU, in most cases this process works pretty flawlessly.

For professional color grading work, a dedicated video I/O module is an important consideration. Most of the current models use TB3, and some of the higher end models include daisy chain support, with which it would be possible to connect a device such as an AJA I/O 4K+ and an eGPU chassis to a computer with just one TB3 port, but don't expect optimal performance with such a configuration due to the shared bandwidth. A computer with more than one TB3 port is a much better option for such a setup.

Egpu.io is a great starting point for those interested in using eGPUs. There are overviews of currently available eGPU chassis as well as reviews of many of them, and a forum where users discuss their experiences using various combinations of computers, chassis, and GPUs. While most of the discussions relate to games, there are some users working with professional software like Resolve and FCPX as well.