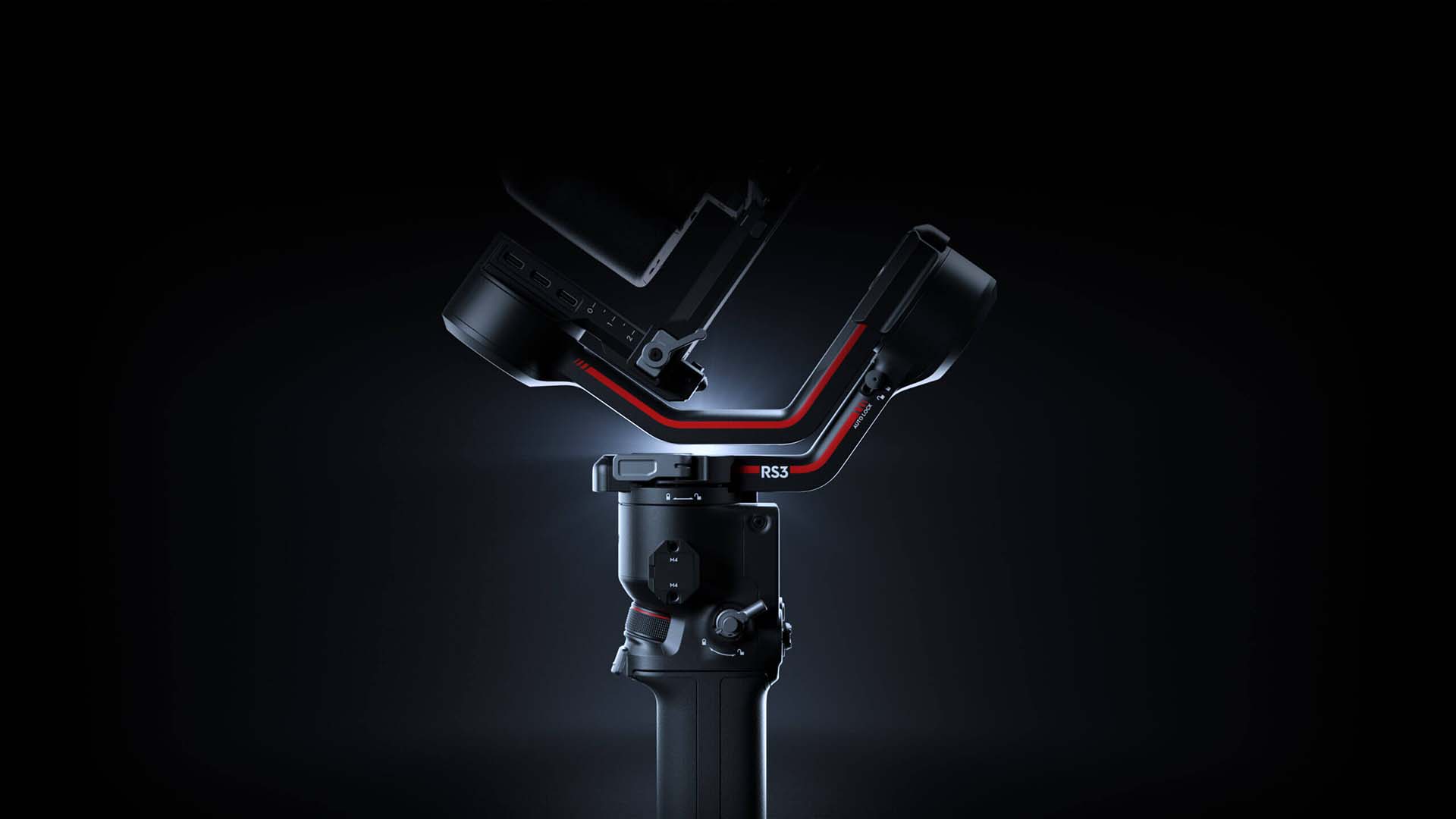 DJI has unveiled its new RS 3 and RS 3 Pro gimbals. The new gimbals are said to enhance the performance of the existing and reliable Ronin series. Let’s see what these new features are.

Ronin 4D is known for its advanced LiDAR focusing technology, which has now been placed inside the new RS 3 and RS 3 Pro gimbals. They both have the DJI Transmission system, making them the first wireless gimbal video solutions to have reception, monitoring, control and recording capabilities. DJI Transmission operates up to 3.78 miles / 6.08 km radius. In addition, both gimbals feature an automated axis lock system, a third Gen stabilisation algorithm to improve its performance, and one-tap calibration.

The RS 3 Pro is now made from one uncut piece of carbon fibre. It weighs 1.5 kg / 3.3 lbs and can carry up to 4.5 kg / 10 lbs of camera gear. In addition, from the previous model, the arms have now been extended to create more space to work with cameras such as the Sony FX6, Canon C70, and RED Komodo.

Both gimbals come with a 1.8-inch OLED touchscreen that can be connected to the mobile app. The battery is said to last up to 12 hours with a fast charge capability even during its use. Another valuable additional feature is the new DJI LiDAR Rage Finder. This can project over 43,00 ranging points within a 14-meter indoor area. The LiDAR Range Finder enables you to autofocus with manual lenses, so constant calibration is not needed. You can pair this with ActiveTrack Pro featuring target identification and tracking. 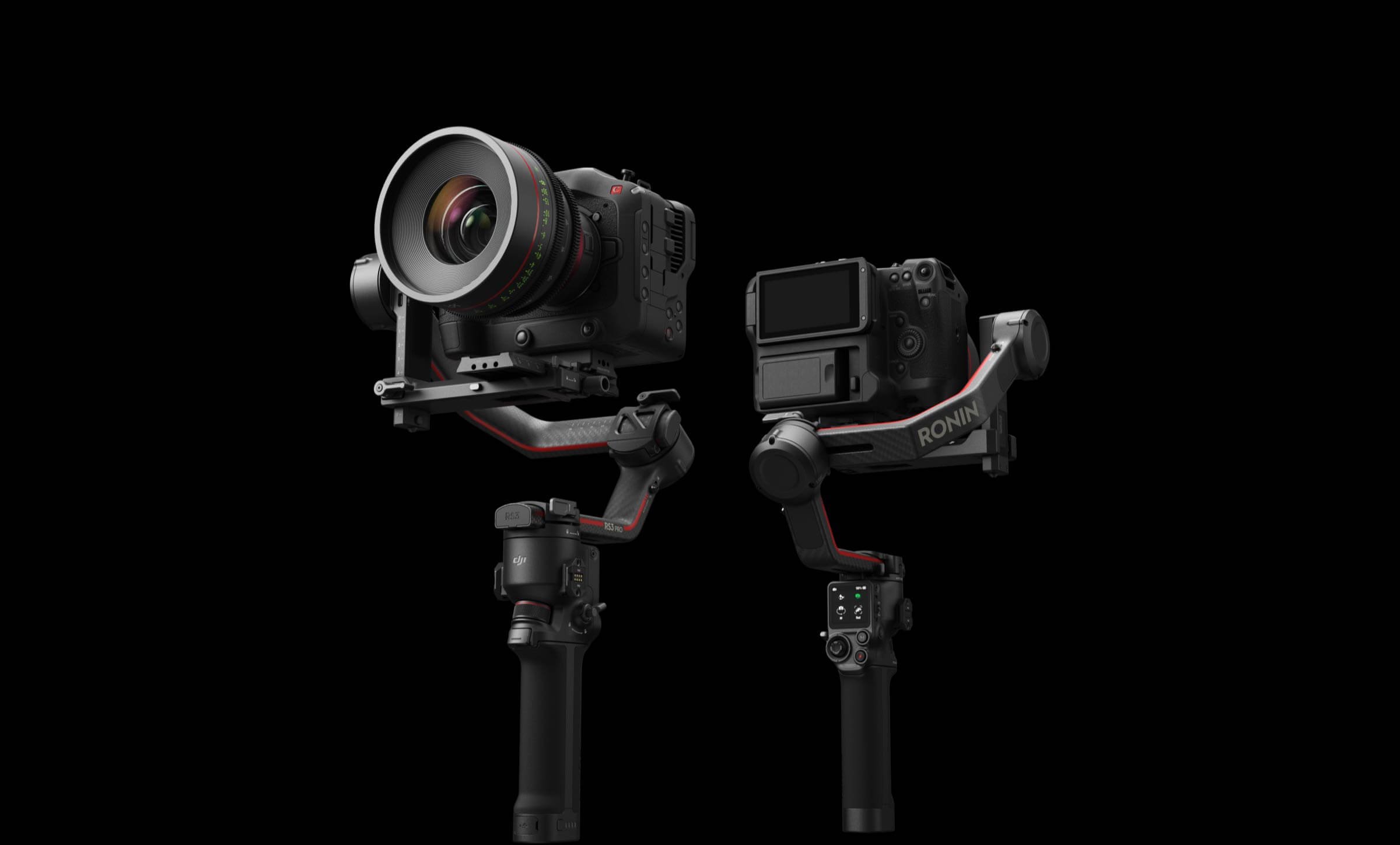 DJI's new Transmission system takes some of the features found on the Ronin 4D and brings them to the Ronin gimbals. For traditional video transmission use, the system supports one transmitter with multiple receivers. There are two modes, Control and Broadcast.

Control mode allows monitoring from two receivers simultaneously, whilst at the same time, the gimbal and camera can be controlled remotely. Broadcast mode can also be enabled, which allows an unlimited number of receivers.DJI Transmission can also work simultaneously with ten or more transmitters sending signals to transmit to ten devices.

Similar to the Ronin 4D, the Transmission system allows realtime control simply by pointing the remote monitor, which contains gyros to measure movement. This means that users of the Ronin RS3 gain the same remote camera control capabilities as the Ronin 4D, including object tracking.

DJI Transmission also works with the Ronin 4D Hand Grips for total control over focus and exposure, as well as the DJI Master Wheel and Force Pro.

This is quite something if you think about it, because it means that effectively your mirrorless camera or DSLR can become very similar in operation to the Ronin 4D. We'll let you know how it all works in practice once we've pried the review sample from Phil Rhodes' hands!

A smaller, yet possibly significant announcement is that DJI is joining the L-Mount alliance. This will begin with the Zenmuse X9 L-Mount system for the RONIN 4D. Of all the new shallow mount lens mounts, L-Mount hasn't quite had the same impetus behind it in terms of lens choice as, say, RF or Z Mount. The addition of DJI to the fold could mean more variety going forward.