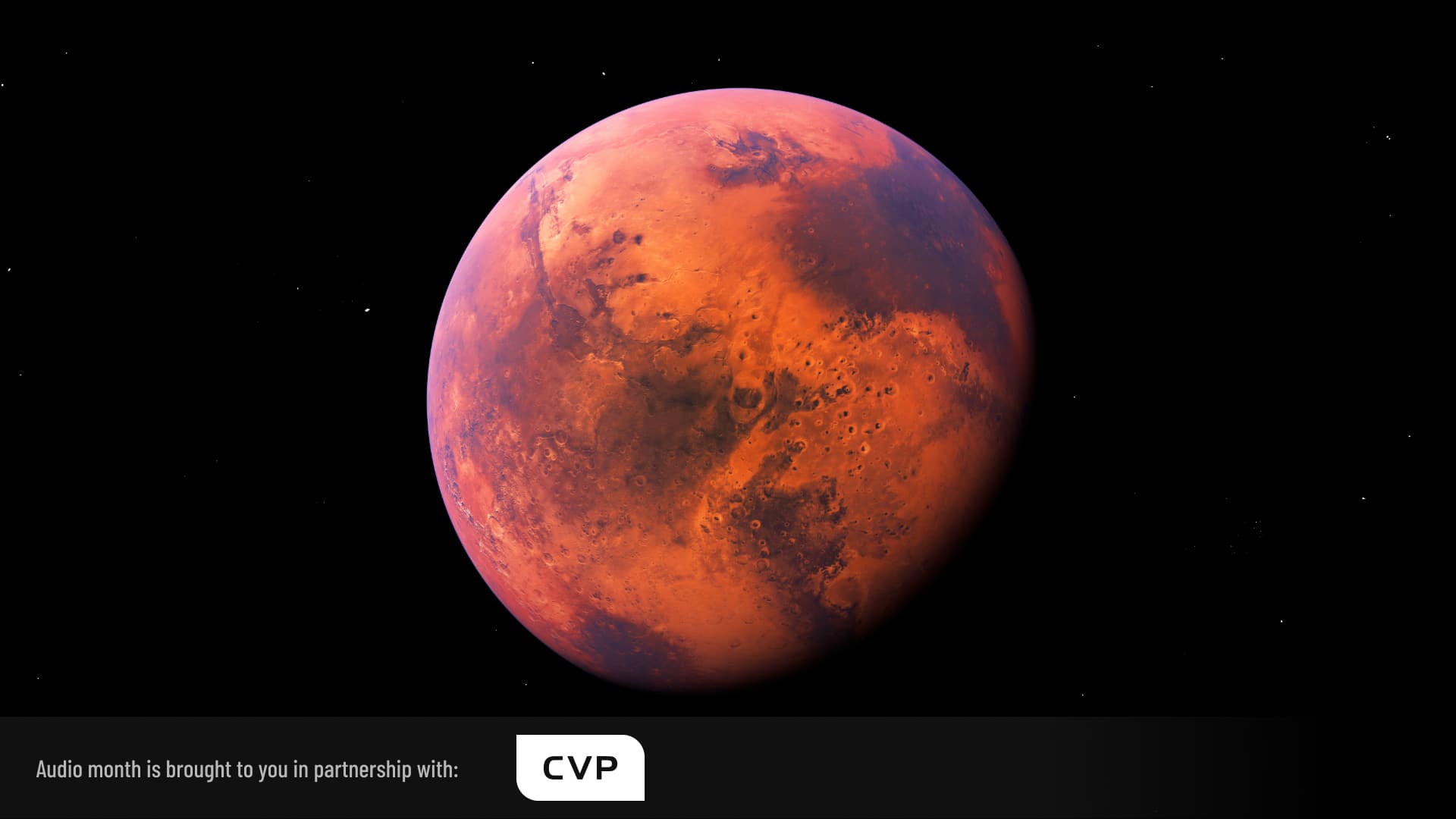 3 minute read
Capturing the music of the spheres. Pic: Shutterstock

We don’t have an answer yet to David Bowie’s rhetorical question about whether there’s life on Mars, but we do already know what the planet sounds like.

While the James Webb Space Telescope hogs the interplanetary — and intergalactic if we think about it — headlines, over on Mars NASA’s Perseverance rover is still trundling round and still doing invaluable science.

Perseverance has two mics on board, which were placed as much for safety as for science. In 2013, the Agency’s Curiosity rover was driving over rough ground that was actually punching holes in its wheels, a fact that scientists back on Earth only realised after the event. They reasoned that if they’d been able to monitor the audio of the rover in realtime they would have been alerted to the problem as close to instantaneously as the time delay between the two planets allows, and thus the idea of mics for Perseverance was greenlit.

The first was an off-the-shelf unit from DPA, a 4006 Omni, that was added largely as an experiment to record the sounds of the landing on the Martian surface. Ironically, this EDL mic (Entry, Descent, Landing)  didn’t manage to record any audio during the actual EDL due to a suspected comms error with the onboard computer. Once up and running though it has captured plenty of material since — all of which is fairly impressive seeing as it’s had comparatively little optimisation for the harsh Martian environment.

The other mic is part of the SuperCam instrument on top of the rover’s mast. SuperCam was designed to fire a laser at rock targets up to 7 metres away to help determine their composition (and, of course, look for organic compounds) via spectroscopic analysis. The mic is there to provide additional data as variations in the sounds of the laser ‘snap’ generated from the heat and vibration of the rock vaporisation reveal valuable information regarding the rock hardness, mass and type, and presence of weathered coatings.

This mic has also captured the frankly eerie sounds of Martian wind and the sounds of the Ingenuity Mars Helicopter in flight.

The importance of being there

Due to the thin atmosphere on the Red Planet, audio sounds different on Mars. Everything is quieter and more muffled compared to how sound presents on Earth, and you wait slightly longer to hear it — the speed of sound is around to 540mph compared to the Earth-bound norm of 760mph. Perhaps the biggest change is the lack of high-pitched sound, which is attenuated and close to inaudible on Mars thanks to the quantity of carbon dioxide in the atmosphere (a massive 96%) working to absorb it.

The value of actually sending instruments to the planet is obvious though when you realise that all that was the model assumption written before observation. The mics have confirmed it. But there were also surprises.

Here’s Nina Lanza of Los Alamos National Laboratory speaking to NASA’s Gravity Assist podcast. “Before we even sent these microphones, some naysayers said, “Oh, you'll never hear anything, you'll never hear anything, there's just no way sound can propagate.” And it turns out sound is propagating extremely well. So things are louder than we would have thought…and we can hear sounds much further away than we had predicted. And so it's really meaning that these observations are allowing us to understand the Martian atmosphere and a whole new way that models never could have let us see.”

Those sounds of the Ingenuity helicopter mentioned earlier are a case in point.

“Our models predicted we would not be able to hear that sound more than 60 meters away,” says Lanza. " We heard it over 100 meters away, which is amazing. And what Ingenuity allows us to do is have a standard sound that we can put at a known distance from the rover. It's like the perfect acoustic experiment.”

Perseverance wasn’t the first Martian rover to have onboard mics, previous missions including the Mars Polar Lander and the Phoenix lander both had them, but neither ever returned any data due to a) crash-landing and b) technical concerns respectively. Plus, of course, China’s Zhurong Mars rover also has a mic onboard as part of its science payloads. You can listen to it in the video below.

Away from audio, Perseverance, meanwhile, is currently scouting the ideal landing site for the ambitious Mars Sample Return (MSR) Campaign, which aims to bring back samples of the Martian regolith to Earth by 2033. In fact, the first stage of MSR is already in progress: Perseverance has cored, collected, and sealed nine samples of Mars rock to date and the plan is for Perseverance to drop, or cache, sample tubes on the surface to await later retrieval during MSR surface operations.