The headline grabber for the EOS R5 was 8K, but along with a new announcement from Atomos it's time to dig a little deeper into where the R5 and R6 leave us. 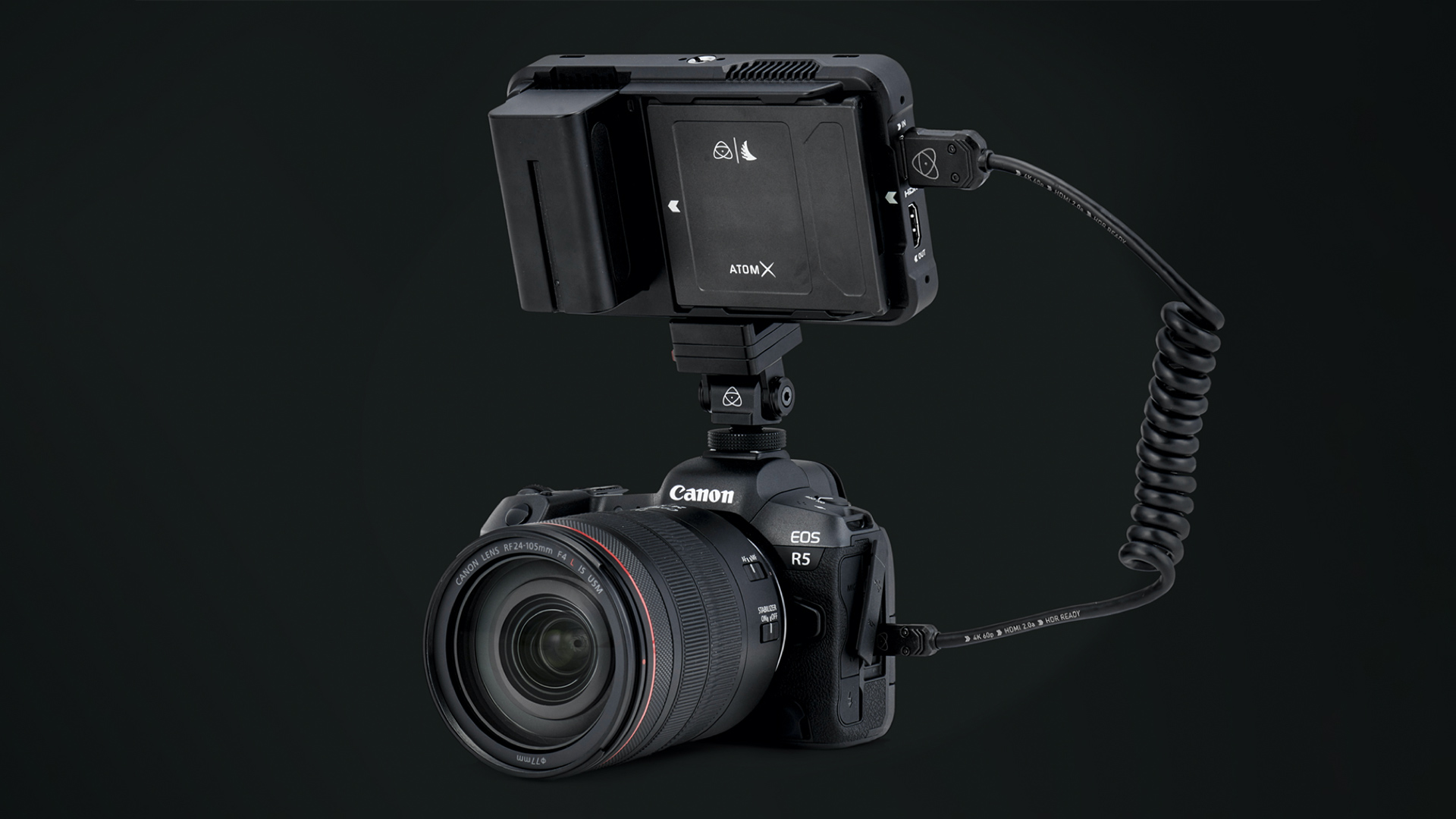 When the EOS R5 was first announced it rightly caused a bit of a stir. The surprise yesterday wasn't so much the R5 as the announcement of a sibling camera, the EOS R6. Both cameras have their respective markets, but when it comes down to purely video capabilities, what does this mean for people who have to choose between them? Should you go with the full 8K option on the R5 or temper things a little with the R6?

The case for 8K on the Canon EOS R5

If there is one compelling reason to look at the EOS R5 it is that it can record fully oversampled 4K footage taken from an 8K source. This alone means that 4K recorded with it gives a multitude of benefits over native 4K recordings taken from lower resolution sensors. I covered this in my initial article about the camera's release, but it is worth reiterating.

Oversampling footage results in better detail reproduction, less aliasing, and also a better final S/N ratio due to the way that things are averaged out. In 4K HQ mode Canon isn't simply binning pixels. It's a fully bonafide exercise in downsampling, which is why this mode is restricted to a frame rate of 29.97p rather than 60p or 120p, which are available in other 4K modes. This is important for a reason I'll come to in a moment.

It hasn't gone unnoticed that the R5 has some restrictions on recording. 8K doesn't come free, and in this case it is heat generated by the sheer amount of processing required. It would be easy to scoff and ask why a fan or other cooling system wasn't employed. We'll never know the precise reasons why, it is as it is. And that means that even if you are running the monitor without recording it could, according to Canon's own recommendations, shorten the final continuous recording time available.

So in this sense the R5 is very much a first gen camera of its type. But make no mistake, this is just the start and things will get better. In the present however, we need to deal with what we have. So is the R5 justified, or should you get an R6? 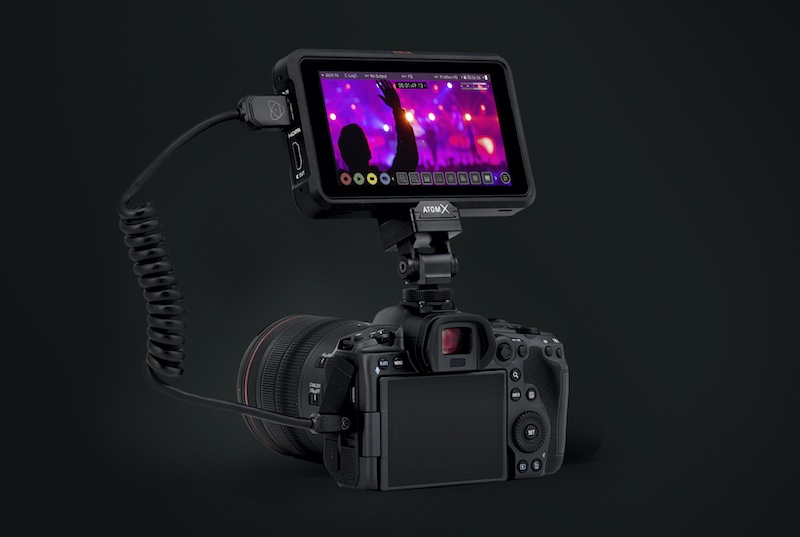 Unless you need 4K at 120fps, a recording mode for which you absolutely do need a large and expensive CFexpress card, the R6 would appear to cover a lot of bases. It too gains its 4K recordings from oversampling, although from a lower resolution 5.1K source. It can still do 120fps recording, albeit at 1080p resolution. But for people who are aiming purely for video recording and who don't need 45MP stills, the R6 may well be the model to go for. From the accounts I'm hearing, the R6 produces very clean 4K images. Its lower resolution sensor may well make it better in low light conditions too.

Where does Atomos come into this?

There's no ProRes RAW output from the new EOS cameras. It's conjecture as to whether this is even possible. However the EOS R5 and R6 are unique in Canon's lineup in that they are the first mirrorless cameras that the company has produced that will output a clean full-frame, full sensor width readout 4K 10-bit 4:2:2 video signal at up to 59.94p over HDMI.

This means that it is possible to record oversampled 4K footage into easy to deal with ProRes or Avid DNx formats, with no limits on record times, and with more cost effective SSD storage.

The Ninja V, Shogun 7, and Sumo19 are ready to take and record the Canon log or PQ output from the new cameras. Atomos also notes that with the Ninja V you can utilise the AtomX SYNC system to synchronise multi-camera setups, as well as integrating with apps like Apogee's MetaRecorder audio recorder, or Mavis Pro and MovieSlate8 logging. This is further compatible with audio recorders like the Zoom F6 and F8n, so all footage and audio is synched automatically when it comes to editing.

This does go to show how good an investment an external recorder is, even when on paper it looks like the camera doesn't need it. It is also an indication that the real story behind the Canon R5 and R6 isn't necessarily 8K, but very, very good 4K.