More clues about an Apple TV 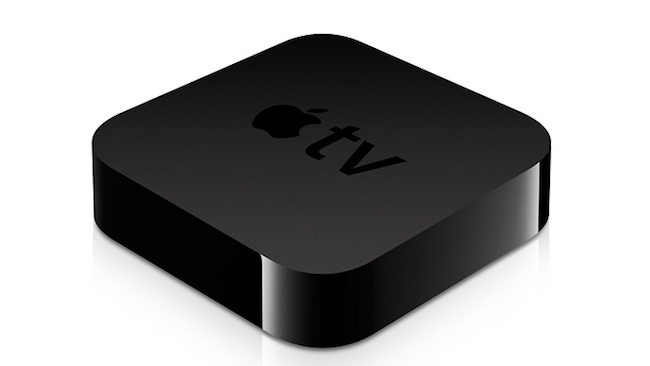 Due a bit of an upgrade soon?

Imagination Technologies has decided to commit it is PowerVR Series5 encoder and decoder processor family to HEVC. “So what?” you may ask. Well, there are a couple of interesting details about all this…The picture is a clue.

First, the details of the new silicon: the new PowerVR D5500 decoder core is also using a new architecture designed specifically for the demands of 4K – namely higher resolutions, framerates and bitrates – all while optimising silicon area, power consumption bandwidth usage. The company claims to already lead the industry in low power operation, including the ability to decode H.264 1080p30 video in around 10mW (28nm). The D5500 is intended to set a new standard for low-power HEVC decoding.

“The 4K TV experience is coming, and Imagination is ready,” said Chris Longstaff, senior business development manager at the company in a statement. “Available today in high-end TVs, we will see more 4K enabled products as content increasingly becomes available. This will be driven by next-generation cameras with 4K capture capability, as well as new and traditional broadcast mechanisms.”

The first truly interesting thing about this is that the decoder has been designed here and now for the increased 10-bit colour depth recommended for Ultra HD by ITU recommendation Rec.2020 (aka ‘The Colour Space of the Future’). In other words, 8-bit is increasingly deemed as too limiting for 4K

The second is that Apple has a significant stake in Imagination Technologies. Now, add this to the current speculation that Apple is talking to LG in an attempt to buy up a stack of 55in and 65in 4K panels for its long-rumoured Apple-branded smart TV set, and you have something that could well set the world of Connected TV firmly on its head. A 4K Apple device for your living room? Time will tell, but before he died Steve Jobs was allegedly working on just such a thing.

“I’d like to create an integrated television set that is completely easy to use,” he told his biographer, Walter Isaacson, going on to say that he had finally “cracked” the interface. The current Apple TV has long been talked about by the company as a “hobby”. The new one would be rather serious indeed.