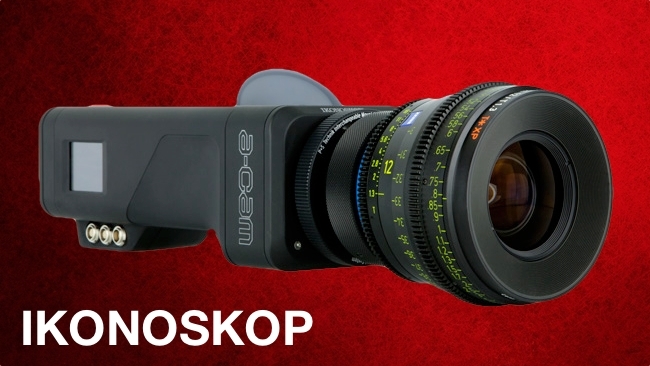 “Don’t forget Ikonoskop” a Red Shark article proclaimed a while ago. In hindsight this has turned out to be a very valid warning as Ikonoskop have just announced they are temporarily stopping production of the A-Cam dll due to a “strained financial situation”.

Ikonoskop are a company based in Sweden that made a little bit of a splash with a new low cost Super16 film camera (The A-Cam SP-16) a few years ago. They then announced they were developing a digital camera with a similar form factor called the A-Cam dll. They spent some time developing this and I think there is a lot of truth in that Red Shark article. Basically in the mean time, everyone forgot about them.

This is a great shame as the system was finally on sale and provided 1080p raw video in a small form factor for a price well below that of the Arri Alexa, with the A-Cam dll body costing just € 6.900 and a starter kit available for € 8.900. The camera was also able to use a wide range of lenses by having a P+S Technik IMS mount which allows you to have different lens mounts on the camera ranging from c-mount to PL mount and a whole lot in between.  This is an important factor given the cost of lenses these days. Having a wide choice means you can use both lower cost options and rent in more expensive lenses for the same camera body. It also means you can have more choice in terms of which lenses to use to achieve the look you want.

Ikonoskop even came up with the A-Cam dll Panchromatic, a black and white version of the camera that was something like the A-Cam equivalent of the Red Epic Monochrome. I have to admit that I have only recently discovered this monochrome camera existed which is a real shame, especially as they released it in honour of Carl Theodor Dreyer, one of my favourite filmmakers.

Here is some gorgeous black and white video shot with it:

I hope there will be a happy ending for Ikonoskop like it appears there has been for Aaton. It’s hard for small companies to develop a camera from scratch and Ikonoskop got as far as actually selling finished cameras and it looks like a really practical option for working with right now. The camera recorded directly to cinema DNG format, a work-flow fast becoming popular because of it’s support by Blackmagic and now also with RAWMagic for working with raw video from Magic Lantern on Canon EOS cameras.

Given the price of the camera and what it can do, it should have been a hit with a lot of filmmakers, but sadly, it looks like we all really did, just forget about it.

The video below was shot by Peter Gustafsson and Per Svensson on the Ikonoskop A-Cam dll with a 12mm Arri Zeiss UltraPrime 16 PL lens:

Press release from Ikonoskop: (go to next page)


Ikonoskop temporarily stops the production of the A-Cam dll cameras

Ikonoskop temporarily stops the production of the A-Cam dll cameras due to a strained financial situation. The management of the company is working to find a solution to this and hope to start up the production soon again.

Ikonoskop is an innovative and design-driven film camera manufacturer with products that are characterized by simplicity, versatility and functionality. Over the last year Ikonoskop has been at the forefront of a new generation of digital film cameras. The A-Cam DII was the first camera to use the CinemaDNG RAW format and has been praised by filmmakers for its excellent image quality and versatility. Ikonoskop AB is a privately held company based in Stockholm, Sweden.