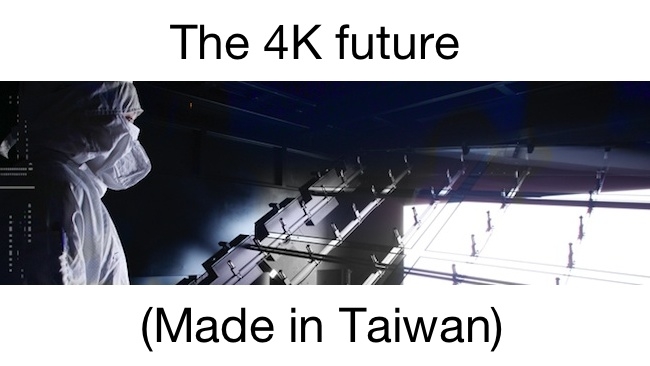 According to the latest data released by Taiwan’s AU Optronics, one of the world’s largest manufacturers of TFT-LCD panels, by the time we get to the end of the year roughly one in five of its 55in and up panels will be 4k capable.

AU produces panels in that size range for Sony amongst other manufacturers, and while the 4K panels currently cost somewhere between 1.7 and 1.8x that of their HD counterparts, the company expects that ratio to fall. It only started mass production of them in Q1 of this year, so the ramp up is well underway.

“We are continuing to work on the cost and the cost-performance ration [of 4k panels],” said Michael Tsai, general managed of the video solutions business group to the Consumer Electronics Daily. He estimates that roughly one million 4k sets will ship in 2013, with that figure climbing rapidly to 4m in 2014.

Interestingly he also sees the major driver as being the Chinese market, where the technology is viewed as “very necessary”.

Much more, including analysis of the company’s full financials, here (registration required).