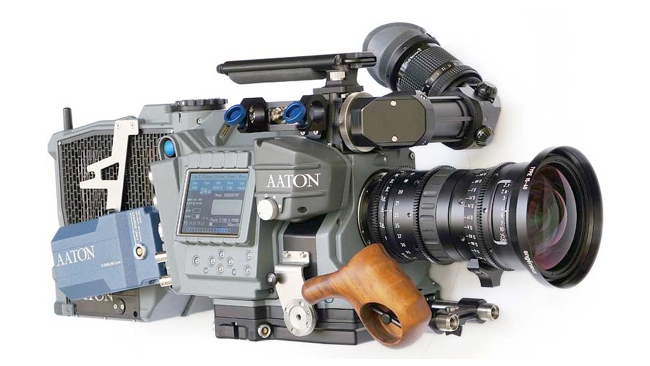 I wrote previously about the current situation with Aaton, which you can read about [http://www.redsharknews.com/business/item/670-aaton-reportedly-out-of-business] and there has been a little bit of news on the subject.

Jean-Pierre Beauviala the founder of Aaton has moved to strongly quash the rumour that “Aaton have closed whilst looking for an investor”. The confusion presumably arose out of peoples’ understanding of “bankruptcy proceedings”. As we have clearly seen from Kodak, a company can enter into bankruptcy protection without shutting up shop, and presumably this is also the case in France. Jean-Pierre makes it very clear that Aaton is not permanently closed and sounds very positive that Aaton will be taken over by new owners in the future.

This is not the first time Aaton has had severe financial problems. In February 1985, Arriflex sued Aaton driving the company into receivership but the company was able to return anew and continue to do great things.  Hopefully Jean-Pierre will be able to use the knowledge he gained from being in that situation to good effect in the present moment!

The future however, does not look so bright for the Delta Penelope. Jean-Pierre seems to imply strongly that even if the company does recover from its current financial situation, the Delta Penelope project is now dead. “At this stage, finance will not in itself solve the Delta Penelope problem, but it will allow us to continue on other developments (based on Aaton patents) already in the pipeline.” Aaton are now going to concentrate on the CantarX+ audio recorder and a new digital camera, the D-Minima which will be a small digital documentary camera modeled after the 16mm A-Minima camera.

The statement from Jean-Pierre Beauviala is reproduced below:

Over the last couple of years, Aaton devoted its energy and resources to the development of a new high-end camera, Delta Penelope. The prototype got rave reviews for its crisp but still velvet image structure, and its outstanding chromatic finesse resulting in exceptional skin tones and subtle hues.
The CCD sensor used, though its imaging was excellent in the prototypes, has not allowed us to ensure the same perfomances in industrial production. This is particularly regrettable, since many orders have been placed for the camera.

Aaton is not closed; the company will be taken over by new owners.
At this stage, finance will not in itself solve the Delta Penelope problem, but it will allow us to continue on other developments (based on Aaton patents) already in the pipeline.

The new Aaton will focus on two new products to start out with: the CantarX+ audio recorder (the current crop will be maintained), and the D-Minima documentary style reflex-viewfinder digital camera.

Many thanks to those who send me their personal “encouragements” and to those who offered us their dreams about the new Cantar, I think you will love to play/work with it.