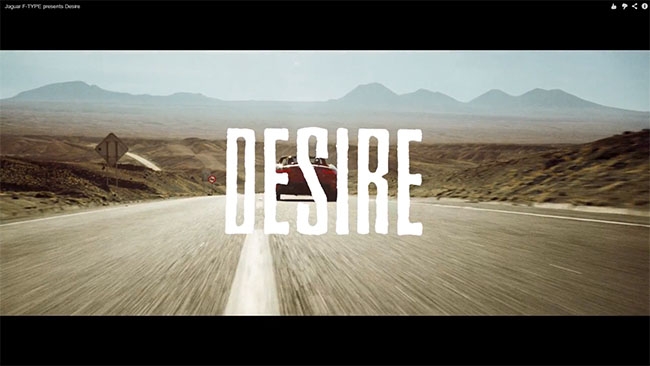 It seems you can't launch a car without a star these days. We've had Daniel Craig doing the honours for Range Rover and now it's Damian Lewis's turn for Jaguar.

Jaguar have made a short film set in the Atacama desert in Chile to promote their new F-Type sports car. Directed by Adam Smith and shot on the Arri Alexa it features Damian Lewis as a very British delivery man and Shannyn Sossamon as the wife of a South American gangster.

Called "Desire" it premiered at the Sundance London Film & Music Festival and features a song by Lana Del Rey.

You can watch some interesting behind the scenes footage on Jaguar's site here.