2 new cameras from Blackmagic. Earth wobbles twice on its axis. 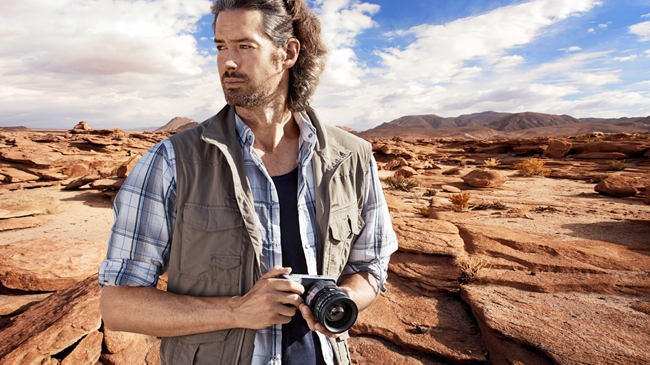 The world changed again today when Blackmagic introduced two more cameras. A 4K camera for $3,995, and - a total surprise a "pocket" digital film camera for $995. An excited Freya reports

Well you all wanted it, and it’s actually here!  A 4k Blackmagic cinema camera! Or as Blackmagic are calling it: “The Blackmagic production camera 4k”. It’s a 4k camera for 4k ($4000) and it features a S35 sized sensor with a global shutter.

It’s described as having UHD and 4k support. It has a 6G SDI output, which means it can output 4K at at least 30 fps, and claims to be Thunderbolt compatible. It features compressed CinemaDNG RAW which is intriguing!  The data may need to be compressed as the camera uses off the shelf SSDs and 4k is a lot of data. I’m assuming this is the same visually-lossless recording mentioned in the context of the Blackmagic Pocket Cinema camera mentioned below.

Apparently the new 4k camera is based around completely different sensor to the original Blackmagic Cinema Camera and the new Pocket Cinema Camera. This gives it the advantage of the global shutter (goodbye Jello effect) but also a slight loss in dynamic range and low light performance. It’s a small price to pay tho for the global shutter, the 4k and most of all the Super35mm sensor people have been asking after so much!

Form-factor is identical to the black magic cinema camera which seems a little odd as that’s a factor that has been much criticised but on the other hand, it does mean they don’t have to develop a new physical design which will presumably save them time and money. What it also means is that most if not all of the existing range of accessories will work. It seems that it is shipping, initially at least, with a canon EF mount. There’s going to be a PL mount version in the future but sadly, once again, no Micro 4/3 version it would seem. It’s essentially the same camera as the Black Magic Cinema Camera only now in 4k. It ships with the free copy of Resolve and Ultrascope as before.

The Blackmagic pocket cinema camera on the other hand has an active MFT mount, A Super16 sized 1080p sensor and 13 Stops of dynamic range. It has a built in monitor but also outputs to a micro HDMI connector with overlays. I have no idea if you can turn off the overlays to record to something externally but maybe that won’t be an issue for most people. It records to SD cards in both 10bit ProRes 422 and lossless cinema DNG. The price is only $995. Yes only 3 digits. That’s NOT a typo.

I’m really impressed that this camera can record 1080p raw to SD cards. This is achieved through the visually lossless compression mentioned above. It may be that you need to be picky about choosing very fast SD cards probably at least class 10 and maybe fancier one than that, we shall see! Apparently blackmagic are going to run some tests and make a list! It’s also incredible that it can record direct to ProRes which will make this camera instantly popular right there. ProRes recording is one of the key things that has made the Alexa camera so popular, and now here it is on a little pocket cam!

More good news: the little camera takes interchangeable batteries. It takes Nikon syle EN-EL20 batteries that should be fairly easily available. The pocket camera lacks the touch screen of the cinema and production 4k cameras. It uses a system of buttons instead. Personally I think that might in some ways be better as you don’t get finger marks all over your monitor!

There’s a LANC socket, a microphone socket, a headphone socket and it even a 12volt power input socket (Yay!)

We will have to wait and see how this camera stands up sound quality wise *fingers crossed*. You also don’t get a full free copy of Resolve with this cam, just Resolve lite.

The big question everyone is going to be asking about these cameras, is when can they deliver? Obviously the problems with the original Blackmagic Cinema camera are well known and this is going to make people wary that these too will be as rare as unicorns. However, I suspect that now that Blackmagic have ironed out the production problems on the last camera, that these new models will arrive much faster!

The cameras all top out at 30fps, at least for the time being but given the price, who can really complain about that!

Personally, in spite of the fact that this is the year of the 4k NAB, I actually find myself drawn to the little pocket camera! The Micro 4/3 mount is a huge selling point for me and the fact it is active too, is just the icing on the cake. The Super16mm sized sensor is also a great feature as it opens the camera up to some very high quality lenses. In any case, 1080p will probably be easier to deal with than 2.5k. However I can imagine the EOS crowd being all over the 4k camera and understandably so.

Both cameras look really amazing and extremely significant. don’t think any of us were really expecting new versions to be coming out so soon! I guess Blackmagic are taking their new camera line very seriously.

Does the cinema have a future?

Cinema distribution is going through a very tough time right now, with one of the biggest chains closing down in both the US and UK. Is there a...

In Part 1 of this 3 part series about applying for Jobs in the VFX Industry, RedShark's reporter HaZ, uses his experience as a VFX Supervisor and...