Is 3D just a phase? Danny Boyle thinks so 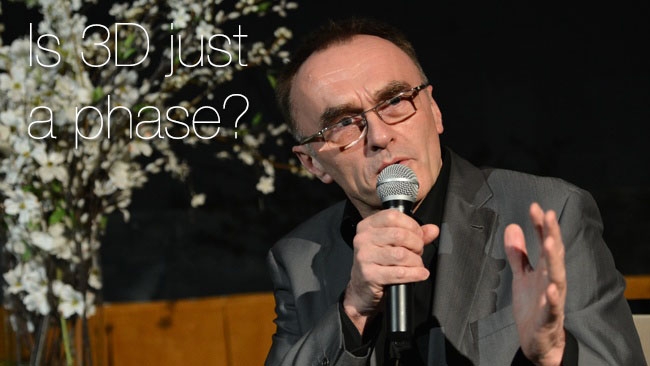 Now that the BBC has said that it's not actively pursuing a 3D future any more, does Stereoscopic video have any future? Danny Boyle doesn't think so

Interviewed after receiving an award for outstanding contribution to Cinema at the Empire Film awards, Danny Boyle said he was not a fan of 3D on film and doubted it would survive.

"I don't use 3D," he said. "I'm a spectacle wearer, so I hate going to 3D movies because you have to wear two pairs of spectacles, which makes you feel like even more of a prat. You know how everybody feels a bit of prat wearing 3D spectacles? You as a spectacle wearer feel a double prat."

Boyle did say there was "extraordinary work" being carried out in 3D, describing some of the effects in Ang Lee's Oscar-winning Life of Pi as "incredible". But he added: "It's a tool, you know. There are sound innovations coming actually, particularly Dolby Atmos, which are going to do something very equivalent to what 3D does. So, I don't know if 3D will survive to be honest. I think it may be a phase."

Boyle's comments put him up against other film-makers such as James Cameron, who has embraced 3D in a big way, with Avatar being a milestone in the current wave of 3D movies. Lord of the Rings director Peter Jackson opted to shoot The Hobbit in 3D despite earlier misgivings. Ang Lee and Martin Scorsese have brought an artistic style to the technology, though Scorsese has opted to shoot his new film The Wolf of Wall Street in 2D after bringing the Oscar-winning Hugo to the big screen in three dimensions. Scorsese suggested in 2011 that he would consider shooting all his future films in 3D and would have made Taxi Driver and The Aviator in 3D had the technology been available.

What do you think? Is 3D a phase? Let me know in the comments.