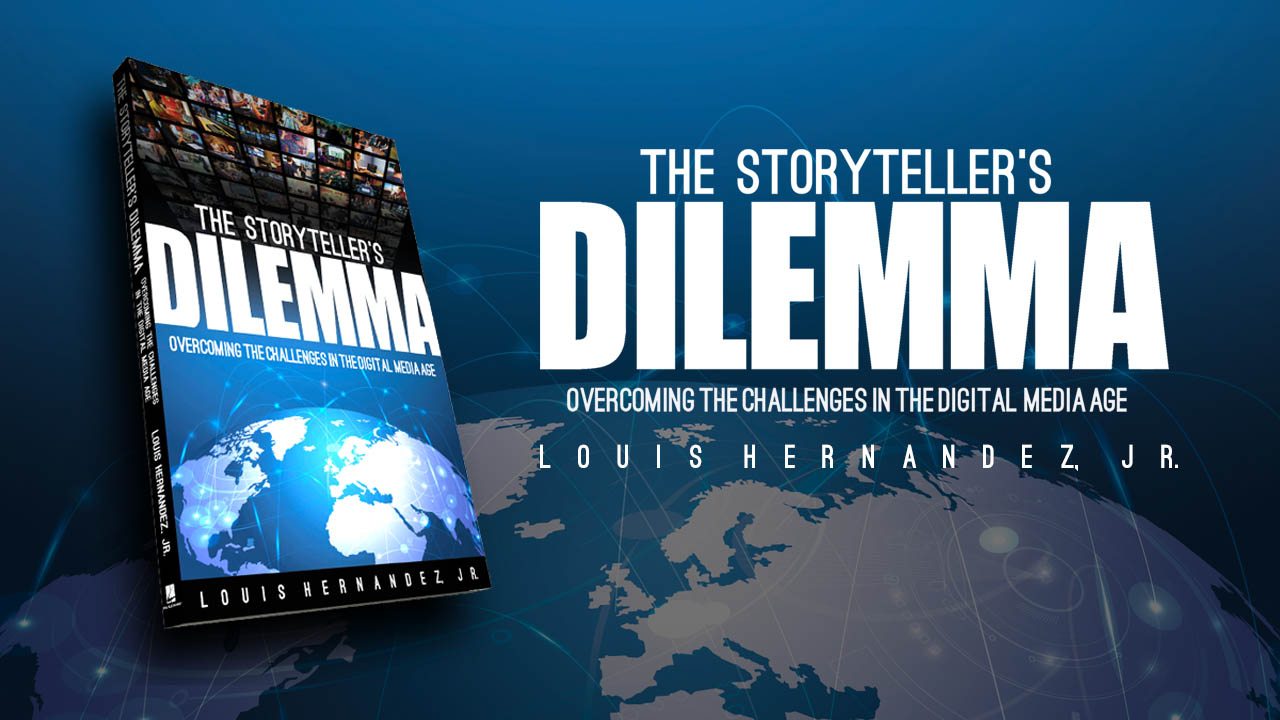 Being the Chairman and CEO of Avid gives Louis Hernandez Jr. quite a bit of visibility into the media industry. In 'The Storyteller's Dilemma he describes the effects that technology has had on the industry as a whole. It's an informative read.

He begins with the obvious; the fact that as professional-quality cameras have become accessible to nearly anyone who wants to make a movie and computers powerful enough to edit them are equally affordable, nearly anyone can make a film.

Most people, however, ignore the economic effects this has had; Louis Hernandez, Jr. shows us some actual numbers – and he cites his sources. The picture he paints for where we are seems pretty bleak, especially if you're an independent filmmaker working to break into the market. Essentially, while there's an increase of available content and the costs for distribution are decreasing, the artists are receiving a smaller and smaller share of the revenue.

He ascribes a significant source of lost revenue to the studios maintaining complex legacy systems along with the new modern ones, which adds overhead both from being redundant and from the need to handle format incompatibilities between them. He argues that a lot of the studios' revenues are covering these overhead costs when they should be going to the artists whose content they're distributing. He provides quite a bit of data to back up this assertion.

This situation is, of course, unsustainable as Louis points out, since being unable to make a living as an artist will lead to fewer artists and therefore less content for the studios and distributors to sell.

In other words, if the studios ignore what Louis is saying in this book, everyone loses.

Rather than dwelling on the problems, once he's explained what needs solving, Louis starts in on solutions. As appropriate for his position with Avid, his focus is on technology with the goal of both alleviating the cost of sustaining legacy platforms as well as of simplifying interchange between tools.

Louis doesn't delve into what artists can do to engage with their audiences. Instead, his focus is on what the studio and distribution industries can do to make creating and sharing content easier. His emphasis is on the benefits of a standardised and open platform that includes a suite of formats, codecs and services that both creators and distributors can use in their work.

Reducing costs will enable distributors and studios to save money, which in theory should translate into higher earnings for artists, though there is an underlying assumption that the distributors will share their profits with the artists, rather than just taking home more money.

If not, the end result will simply be new distribution networks that are artist-friendly and therefore more sustainable by dint of making more money for everyone involved.

While Louis' book doesn't address the content creators' need to learn to connect with their audience, it does cover issues that affect the entire industry. It's an informative read, and will hopefully encourage support for more open standards from content creators, tool vendors, and distributors alike.