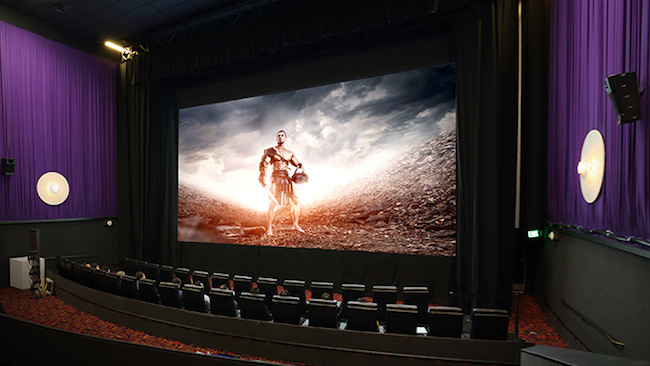 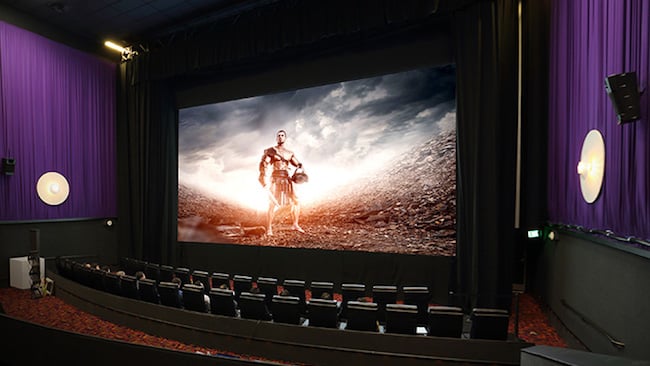 TV on a very grand scale

Christopher Nolan and Quentin Tarrantino are not going to be happy. Their complaints about the current state of cinema and digital projection seem almost prescient. Christopher Nolan is quoted as saying:

"For some reason, it has become acceptable to say we are providing this empty room with a TV in it and just watch a film. That has to change and if it doesn't change, forget film, forget digital, if that experience for the audience is not valued, people stop going."

And on a similar note Quentin Tarrantino had this to say:

Well it looks like Samsung has fulfilled these prophetic words in the most literal way and developed a giant television style display for use in cinemas (although Samsung themselves are referring to it as a "self illuminating cinema screen”). The display supports HDR, has 4K resolution (4096 x 2160) and is 10.3 meters wide. The giant LED display has peak brightness levels of 146fl, which is nearly 10 times brighter than standard digital cinema projectors.

Some of this brightness advantage may be from the fact it is emitting direct light as opposed to the reflected light from a projection screen. There is also no need for the display to be focused as is needed in a projection system where the lens is adjusted to focus on the screen and where problems could lead to the focus not being consistent across the entire screen. The new display doesn't even require a projection booth.

The display is now Digital Cinema Initiatives (DCI) certified so it is considered suitable for showing mainstream movies from DCP servers and the screen has already had its first cinema installation at the Lotte Cinema World Tower in Seoul, South Korea.

In addition to the screen itself, Samsung is providing audio technology from its JBL Harman subdivision to compliment the display. Not just multi-channel speakers around the display, but also audio processing technology such as "sculpted surround sound" which tries to increase the size of the sweet spot for surround audio so it can be enjoyed over a wider area of the cinema and not just in the most optimal row.

While projection ideally requires a dark room, the new LED display should work in a much greater variety of ambient lighting situations so Samsung is thinking that it could also be really useful in the context of live music concerts, corporate events, conferences, presentations and sports viewing. Samsung is even thinking it could work really well at computer gaming events.

At 10.3 meters wide, the screen is probably at the small end of the spectrum of the cinema screens out there, with many current cinema screens being much larger. However Samsung has big ambitions for the display and hope to install it in 10% of the cinemas around the world. Presumably the company is hoping for a trend towards a greater number of movies playing on smaller screens giving the customer more viewing choices, as opposed to Christopher Nolan’s vision of event films playing on really large screens for a truly immersive, exciting and special experience.

Perhaps the future will be a mix of both these visions of the future.