Should you think of crowdfunding to make your next film? 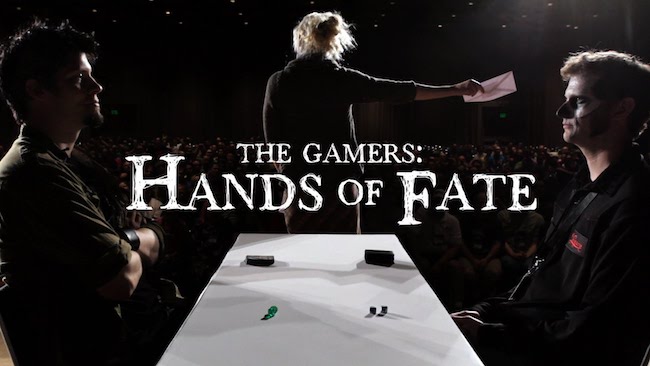 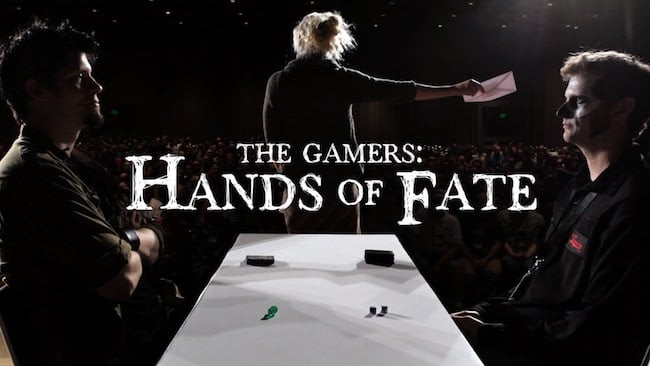 Would this have been made without crowdfunding? Possibly not. And if anyone wants a fiver for a new series of Firefly...

Over the past few years the idea of crowdfunding independent movies has gained a lot of traction amongst filmmakers. Rakesh Malik explores the history of the finance model and some of the options available.

2013’s ‘The Gamers: The Hands of Fate’ was, for a year, the largest crowdfunded film project ever, its makers Zombie Orpheus Entertainment raising $405,916 to fund it with a sixty day campaign, the longest allowed on Kickstarter. A year later, the 'Veronica Mars' Kickstarter project raised a larger amount, $500,000 in pledges, in just two hours; in the end reaching a total of around $5 million.

While a lot of people criticized the 'Veronica Mars' producers for raising funds when they could afford to make the film on their own, there's a lot more going on that that.

First of all, that campaign legitimized using crowd funding to finance film projects. Warner Brothers gave the producers an ultimatum: raise $2 million and we'll give you distribution.

The campaign was exceptionally well planned and executed; building on the fan base from the original Veronica Mars series, and assembling a media campaign coordinated with several media outlets who announced the campaign the day that it went live.

The campaign generated $2 million in pledges by the end of the first day after launch.

At the time, crowdfunding for large projects like feature films was rare. Ben Dobins, CEO of Zombie Orpheus Entertainment, felt that crowdfunding is an unsustainable model for a production studio. His concern was that ZOE's fans couldn't afford to support a major tentpole production every year, and that does in fact seem to be the case; while fans love being connected with the projects that they're funding, a large feature production is expensive, and unless your production company can draw on a fan base that's very large, it does put a significant burden on the fans.

Since then, crowdfunding films has become more common, especially for web series. The cost for online distribution is low, delivery is nearly instantaneous, and since the films are paid for by their fans up front, filmmakers using crowd sourcing often prefer to bypass traditional distribution and deliver directly to their fans. Since the fans are the ones paying for the films, this makes perfect sense.

That said, there are still feature films produced with crowdfunding support, which often end up making the rounds in film festivals and wind up hosted on sites like IndieFlix and Amazon Prime.

IndieGoGo is another rather large crowdfunding platform, nearly as well known as Kickstarter. IndieGoGo has an all or nothing model as well, but in addition offers a model where campaigns receive pledges whether they succeed or not. Like Kickstarter, IndieGoGo supports a very wide variety of projects, such as: The Apertus AXIOM Beta, Malevolent, Black Angel.

Seed and Spark sets itself apart from the others by being oriented entirely toward funding film projects. It offers an online class to help project creators be successful in their crowdfunding campaigns, and it also offers a distribution connections. By partnering with distribution venues like Amazon, Vudu, Netflix (see the site for the full list), Seed and Spark helps to connect finished films with their audiences. Seed and Spark also has a program dedicated to supporting VR.

Seed and Spark also offers a few perks that should get anyone looking into crowdfunding a film project to look into Seed and Spark. One of them is a gift box that campaign founders receive just for getting 500 followers -- even if they're not all funding the project. The gift box includes consultations, discounts for gear rentals, short term subscriptions to services like Frame.io, and a 1TB GDrive.

Being oriented entirely toward filmmaking, all of the successful projects there are film projects.

Patreon is an interesting platform. It takes a subscription-oriented approach to crowdfunding, rather than a project based approach. Though the platform allows for one-time contributions, it's most effective for artists who are able to deliver works to their fans on a regular basis. These works can include photographs, paintings, sculptures, Youtube videos, and so on; basically, art.

There are successful creators on Patroen making Youtube videos; some have grown their audiences large enough to be earning as much as $8000 per month. Patreon is most effective for community builders like one of my friends Kristy Jessica, aka Pure Rebel a successful model based in the tech-oriented Seattle area. She has built an audience around both her pictures and her films, including a documentary currently in post production about modelling.

While Patreon is probably not ideal for funding a large project like a feature film, it's a great platform for smaller projects like music videos that can be produced and distributed on a monthly basis. Patreon enables creators to share content to everyone and also to limit distribution to subscribers, giving them a way to show some samples, but also to provide a reason for patrons to provide support. This model could work quite successfully for web series as well.

Crowdfunding has been a boon for independent filmmaking. It's enabling small groups of filmmakers to connect directly with their audiences, and it enables those audiences to see where their funds are going. The major studios are threatened by this; films like 'The Gamers: The Hands of Fate' would likely never have made it into production if it required a studio, simply because the target audience is too small for a studio to get a return on its investment. Due to the appeal to that niche market however, Zombie Orpheus was able to raise enough funds to pay the cast and crew, deliver the rewards to its backers, and distribute the film on Youtube, and it's now available on Amazon Prime.

Because of the direct connection to the community, crowdfunding also frees independent filmmakers from the shackles of convention. If a team raises enough money to make a film that pleases its fans, then the project was successful, even if it never generates any further income, yet the plethora of distribution options now provide opportunities to continue generating residual income from successful projects.