Reach vs production values: The rise of the online star for marketing 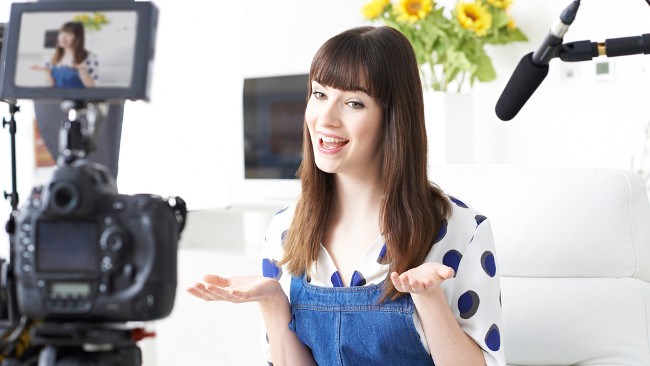 Increasingly, marketers are turning to 'Social Media Influencers' to spread their messages, but how does this phenomenon impact traditional production?

It was very interesting reading the discussion on Clayton Moore's article about Final Cut Pro recently. One subject that was brought up in the comments was about the new generation of video producers and how 'Social Media Influencers' are the new kings in town, when it comes to marketing.

The figures being bandied about are really quite staggering, with some social media stars, having only just entered their 20's, having made enough money to retire on – and all from producing 6 second long videos or a few slapstick routines filmed on a cell phone. At least, that is how it first appears. [And they won't be doing too many 6 second videos anymore now that Vine has closed down - Ed]

While we can discuss the merits about the relative content and technical merits or otherwise for such videos, the one single fact remains that, to a company, being able to instantly reach 30 million viewers in an instant is the stuff of dreams. Hence, the incredibly high amounts of money they are paying to this latest generation of online stars.

Many of the videos seen, when you delve beneath the surface, can be quite clever. They may appear amateurish, but they do often make you laugh and, in the case of one 'digital magician', are very addictive to watch. It is a litmus test that shows that content is king, even if, as traditional video producers, we find it easy to scoff at them. Although, if we are truly honest, most of our scoffing is born of jealousy!

There is a very brutal fact of life here. What can now be considered as professional video is not what we used to consider to be professional video. These new videos and the people who make them are marketing by proxy and it throws up the question of how valuable traditional marketing-based production will be in the years to come.

As more and more video content is produced, it becomes evermore important to deliver the content in an increasingly efficient way. Even on a personal level, I find myself reluctant to watch an online video for fear of it wasting my time. It has to grab me in the first second or two (or be something that I have actively sought out to watch).

The reason for this is simple. There is so much content out there that time has become even more precious. Viewers certainly want their information or entertainment, but they want it now, particularly when it comes to the younger generations, who can be extremely fickle about what they like and dislike.

Getting budgets for video production is much harder now, as many of us know. It is all too easy to sit on an ivory tower and proclaim how the money must be spent because we can light things nicely, get great sound, produce amazing cinematography, have XYZ number of years experience, as well as our ability to create quality content, whatever that means today. But much of the way in which video is now being used for marketing has been turned on its proverbial head.

When a company pays money for a marketing video, there is one question on their minds. What will be the ROI? In general terms, neither we, as video producers, nor the companies we make videos for have an instant audience reach of tens of millions of people. This is why companies such as DJI will happily hand out samples of their aircraft to internet stars such as Casey Neistat. DJI itself can and does produce marketing videos of its own, but it is the self-produced videos, such as those by Neistat, that obtain the real audience reach and get people talking. Even those who dislike him have been watching his videos to see how the DJI Mavic flies, for instance.

There will always be a place for 'quality' production. But obtaining the budgets is going to become increasingly difficult, more so than it already is, because the bottom line is the ROI. After all, what is the point of a glistening, all-singing, all-dancing production, if comparatively few people are going to actually watch and share it? While the internet has potentially billions of viewers, obtaining 'reach' is going to become that much more valuable, but also more difficult as the viewing landscape becomes saturated.

It is very difficult to see where all of this is going. No doubt, as all bubbles do, this one may well  burst or the existing social network stars will simply be ousted by new ones for the younger generation. On the other hand, as the current stars grow older, the generation who followed them initially will also be growing up with them. If they manage to keep pace and produce content that still interests their aligned demographic, who knows where this might take us.

Certainly, traditional producers and companies should be learning from all of this. Perhaps some of the appeal of these internet sensations and the type of content they produce can be traced back to some of the famous TV adverts of our time. In the UK, we had Cillit Bang, which featured a character called Barry Scott, who's irritatingly shouty delivery of his lines was quite amateurish.

The ads looked cheap and were very annoying. Yet, they built up a large cult following! A similar thing could be said for the DFS sofa adverts. The 'DFS Man', as he came to be known, also built up a cult following amongst students. Interestingly, despite appearing to be a real sofa salesman, 'DFS Man', real name Tom Adams, had been featured in many television series and films, including The Great Escape.

The possibly rather sad lesson here is that sometimes mediocrity and actively annoying your audience sells and, quite often, becomes incredibly popular precisely because of how rubbish it is! I know this isn't a message that a lot of producers want to hear, but it is an unfortunate truth. Why? Because even if we talk to our friends and relatives about how rubbish an advert for a company is, we are still talking about it and that means that the advert (hence, the company and product) is remembered and stays in our collective conscious.

Many social media videos are an extension of this. Some characters are really quite annoying, but the difference is that they have made the leap from the passive audience of television to one that has actively elected to be updated and alerted when a new video is posted.

The trouble for traditional producers is that the ingredients for such success cannot be bottled up and put into a production process that they would recognise. As soon as such things become assimilated into a corporate recipe, they tend to die.

Clearly, though, this sort of marketing is not going to be of use to every company. But we have to be mindful of the fact that perhaps companies will increasingly see our worth as producers in those sorts of ROI terms. In other words, how well do you know your target demographic and do you truly have the skills to reach out to them?