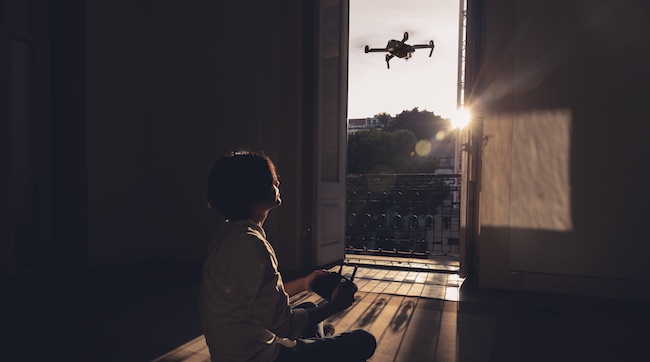 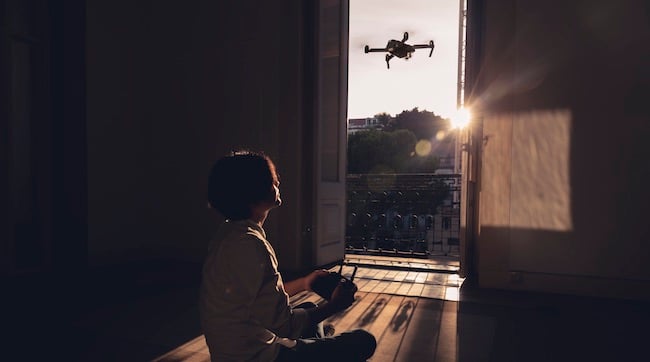 Analysis: The recent announcements of the GoPro Karma and DJI Mavic foldable drones may not only cause the popularity of such aircraft to rise dramatically, but may lead to some thorny ethical issues and an even more problematic regulatory environment for the drone industry in the near future.

As a result of this accessible new form of drone, DJI built up a big following. I own an Inspire 1 myself. It is a wonderful aircraft and (at a price) offers lots of versatility when equipped with the newer X5 camera series. The new Phantoms, with their collision avoidance systems, are also very capable in the right hands and are pushing the boundaries of affordable technology.

But now that GoPro is on the scene, will this change the landscape? It certainly has the potential to in many ways. In recent times, DJI has had issues with customer service when it comes to repairing aircraft and the length of time taken to get aircraft back after repair. Spares have also not been so easy to get hold of. While the situation is improving, such issues could leave a door open for GoPro.

GoPro has addressed such concerns quite readily. Not only is there a new GoPro Care system, but the company has made sure that the design of the Karma allows easy replacement of parts in the field. A full set of spares, including motor arms, is going to be available from launch, including the tools needed to carry out the work.

For a system that will often be used in remote areas, filming adventure sports a lot, this simple, open act could make all the difference. While it is portable, if you break an arm on a Phantom, you are in trouble without replacing the entire shell.

This is all very well and good, but when it comes to fighting the war of popularity, GoPro has a huge following. There are swathes of people with Hero4 cameras already that will work with the new system. The word 'system' is important here, because GoPro's offerings consitute a full ecosystem of camera bits. Take the Karma out on your adventures and you not only have aerial video available at your fingertips, but fully stabilised ground video with the supplied gimbal control handle, too – all in one neat case.

Make no mistake, GoPro needs the Karma to succeed. The stakes are high. The past two years have not been kind to the company, with stock prices falling and large numbers of staff lay-offs. The Karma is a pivotal, possibly fortune turning, product.

GoPro had intended to release the Karma a year ago. That delay will have cost the company a lot of headway. In what may turn out to be the technological equivalent of throwing a bucket of water over its competitor, DJI has now unleashed the Mavic. The Mavic is a fold-up drone that is smaller than the Karma, with a claimed 27 minute flight endurance, advanced collision avoidance systems, sensor redundancies and 'Follow Me' modes, amongst other features.

When it comes to making drones accessible to the masses, collision avoidance is an increasing advantage. It is a feature that may well become mandatory as competition, as well as safety concerns, heats up. The Mavic utilises five cameras, two ultrasonic rangefinders, with extra sensors for redundancy, and processes the information through a 24 core computer system. The result of this is the ability to see up to 49ft in front of the aircraft in good light. It enables the craft to fly safely indoors, too.

But while the cameras themselves on the DJI systems are good, they often leave something to be desired when it comes to compression quality. This is a factor which needs addressing, if DJI is to keep on top of the game. With 2.7K available at 60p on the new Hero5 Black, Protune modes, as well as selectable FOV via sensor crop, right away the Karma camera system is far more versatile by design. You can also be fairly confident that, when the Hero6 comes along, it will fit right onto your existing Karma system.

By contrast, the camera and gimbal on the Mavic are fixed in place, so there is no camera upgrade pathway.

By separating out the modularity just that bit more finely, we end up with a more usefully upgradeable machine in the Karma, even if it lacks the bells and whistles.

However, this race is about much more than specifications. Think of all the places in which you can buy a GoPro. Pretty much every outdoors shop of note sells them. You can buy them in Argos and other high street stores, including the spares. If GoPro makes the Karma spares as readily available on the high street as it does for its other camera accessories, we are then presented with a situation where the Karma becomes much more of a commodity product.

Couple this with the mighty presence of GoPro on social networks, the huge number of athletes the company sponsors and its close ties with Red Bull events, and we could see the Karma becoming something that is unusual not to see, rather than a rare sighting. While both the Mavic and Karma have a lot going for them, in the end, GoPro's marketing machine cannot be underestimated. History is full of technology that has won over the competition, despite the specifications not being quite as good.

The resultant new found popularity of these machines could have ramifications in a few ways. The use of aerial drones may well become much more prevalent. I have already banged on enough about drone regulations in other articles, especially for anything commercial. But lots of the general populace are still blissfully unaware of them. There is already talk of many regulations being relaxed for very light aircraft, such as the Mavic and Karma, but there is nothing concrete yet. The matter isn't helped by the fact that GoPro may not prioritize making people aware of the safety or regulation issues in various countries. It doesn't really fit in with the go anywhere, cool lifestyle image of the system, if you start harping on about the CAA and Air Navigation Orders!

As a result, the popularity of such aircraft could well throw things into disarray. Irresponsible use will no doubt rise. In the face of sheer numbers of people using such things, and the likelihood that most will be unwilling to stump up the money to get a Permission For Commercial Operation or country specific equivalent, just to be able to submit their footage for a GoPro showcase (which would be deemed as commercial use), could the authorities cope with, or even be bothered to deal directly with, such an onslaught?

The two courses of action available would be to open up and relax the laws regarding the need for specific permissions just to be able to sell or commercially display work shot with such devices, or to tighten up regulations and punishment considerably. Although we already know that the police forces are already overstretched and drones are at the bottom of their priorities.

On the other hand, we could end up with a total ban, unless you take an equivalent of a costly driving test, much like the commercial operations courses. However, it is doubtful that any government would want to stifle such commercial growth. I am sure that a company such as DJI or GoPro would launch some pretty strong lobbying in the face of such a possibility.

It is very hard to predict how this will go, other than to understand that such small drones at such an attractive price point, as well as ease of use, will be very popular indeed. And it may well force the authorities to go back to the drawing board once again with the regulation system. In other words, the release of such accessible and high quality drones could affect far more than just the commercial market.

Despite their increasing popularity, we are still in an early teething period with aerial video and photography. The only way forward I can see is some tit-for-tat regulation versus manufacturer cooperation. For example, in return for ditching expensive permissions requirements for commercial use on, say, sub 5kg aircraft, which would have the effect of opening up the market more, such drones would have to have no-fly zone maps incorporated and a built-in 'altitude above take-off point' restrictions, as well as anti-collision sensors and compass/IMU redundancies. The DJI drones already have most of these features, but the Karma and other systems do not, as far as we are currently aware of.

As to who will come out on top in this increasingly competitive market, everything is up for grabs. Do you want the slightly better potential video quality and robustness of the GoPro or the more advanced, flight friendly features of the Mavic? The wonderful thing is that the consumer now has a real alternative. As GoPro enters the fray with all its marketing clout, DJI will be forced more than ever to innovate and up its game even more. The fact that the two company's are the fiercest of rivals will only mean great things for the consumer.