Sky to launch 4K satellite service in UK on August 13 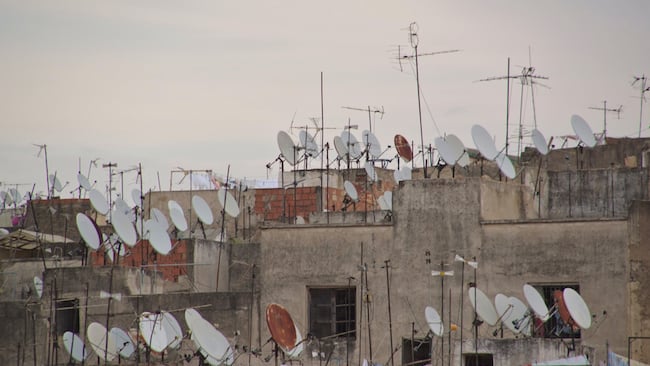 How to get 4K into your home (no cable required)

Those extra transponders in UK broadcaster Sky’s latest SkyQ set-top box look set to be put to good use from August 13 as it launches its new Ultra HD service to coincide with the start of the new English Premier League season.

Earlier this year when Sky launched its all-singing, all-dancing state of the art set-top box it stated that it would also be launching a UHD service by the end of the year. Traditionally though it has timed the roll out to customers of any new technology to coincide with the start of its coverage of the latest English Premier League season, and 4K is no exception: the end of the year suddenly morphing in to August 13.

Soccer matches are no stranger to 4K — the closing games of the recent European Championships were all captured in the format — but the 2017 slate of 124 live games represents a significant step up in volume for the format. Even erstwhile rival, telecom (and now cable and internet) giant BT, is currently only promising 1 live Ultra HD event per week, and that service has been going since this time last year.

To that the channel is adding 70 movies, including there world premiere of Bond flick Spectre, and, perhaps even more impressively, every race from the 2017 Formula One championship. Add in what it promises is 30 hours of natural history and documentary, and that is one of the most impressive rafts of UHD content delivered to the home we’ve yet seen.

And crucially, it’s being delivered via satellite thanks to some technical wizardry that sees the 4K signal split and passed down the two coaxial cables form exiting installations and to the waiting two spare (or possibly more co-opted) transponders waiting in the STB . Given that UHD in many countries has so far been limited to areas of high speed internet penetration, that makes it a significant game-changer in terms of both volume of content and the widening of access for customers that can afford it.

Sky today announces the launch of the UK’s most comprehensive Ultra HD service on Sky Q Silver, available to customers from 13 August. Offering an unrivalled line up of Premier League football, exclusive blockbuster movies, natural history documentaries and gripping dramas, viewers will be brought to the heart of the action at home, in enhanced Ultra HD picture quality.

Customers will be able to immerse themselves in 124 live Premier League games this season, and over 70 movies, from the world premiere of Spectre in Ultra HD, to Oscar Winner The Revenant, and box office hit The Martian. There will also be 30 hours of natural history and documentaries, with breath-taking scenes from David Attenborough’s Conquest of the Skies, as well as five new dramas, including hotly anticipated The Young Pope starring Jude Law and Series 4 of The Blacklist.

And this is just the start, with more sports, movies, documentaries and drama, in spectacular Ultra HD, to come soon.

Luke Bradley-Jones, Director of TV & Content Products, commented: “With Sky Q, we created the world’s best TV experience. Now with the introduction of an unrivalled line-up of Ultra HD TV, the service is going to get even better, truly enhancing customers’ viewing experience. So whether you’re a football fan, movie buff, natural history enthusiast or drama junkie, customers looking for the next-generation of TV viewing will love it.”

Watch live, On Demand and through Sky Store, Ultra HD is available to customers with a Sky Q Silver box and subscription at no extra cost.

From 13 August, customers will be able to watch the most comprehensive range of sports, movies, documentaries and dramas in the enhanced detail and clarity of Ultra HD, with highlights in the first year including:

124 live Premier League games including the first game of the new season Hull City v Leicester City
Every race from Formula 1® 2017
Over 70 movies with premieres including Spectre, The Revenant, The Martian, Bridge of Spies, Maze Runner: The Scorch Trials and Concussion
Over 30 Sky Store rental movies from Angry Birds to the entire Ghostbusters and Men In Black box sets
The biggest ever library of movies from Minority Report to Forrest Gump, The Godfather, Jerry Maguire, Zoolander, The Da Vinci Code and Spider-Man trilogy
Ultra HD movie themed collections including Blockbusters, Action, Drama and Oscar winners
30 hours of natural history and documentaries, from Sky’s David Attenborough catalogue to Sky 1’s Big Cats: An Amazing Animal Family and brand new Monkeys: An Amazing Animal Family, as well as Richard Hammond’s Jungle Quest, plus National Geographic programmes including new Story of God with Morgan Freeman
Five new dramas including The Young Pope, featuring Jude Law, and directed by Academy Award-winning filmmaker Paolo Sorrentino, a joint production of Sky, HBO and Canal+, as well as new Series 4 of The Blacklist, and the box set Series 1-3.
Plus other entertainment, including comedy series The Trip To Spain starring Steve Coogan and Rob Brydon, Sky Arts’ Landscape Artist of the Year 2016 and Blur in concert