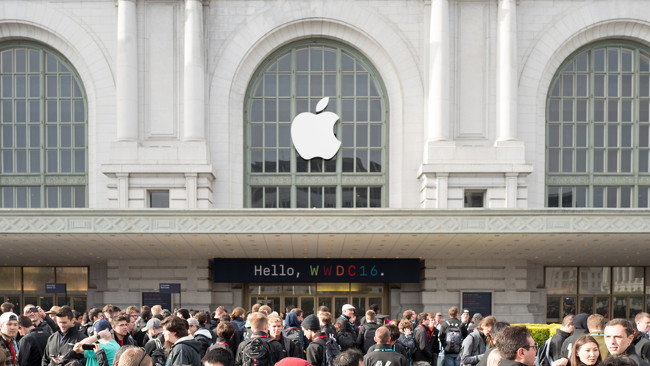 Apple's Worldwide Developers Conference could have been this year's showcase for new pro hardware announcements or a Final Cut Pro X roadmap, but sadly, it was neither.

I bought my first Mac, a MacSE with dual floppy drives, in 1989 and moved immediately into video and VFX work the moment the first Macintosh II appeared. I don't even want to think about what I spent on my first one gigabyte hard drive driven by a dedicated card capturing albeit choppy video from a Hi8 camera and a Radius Video Vision card. The technology grew and Apple was at the leading edge of professional hardware and application support. And then there was Final Cut Pro which, by version 1.25, was a stable and credible professional application.

WWDC 2016 has come and gone, with no hardware announcements and no Final Cut Pro X roadmap, but with lots of bells and whistles and watches and OS promises. Rumor sites speculate about hardware announcements this year and one or two even hint at a new Mac Pro. I don't make business decisions based upon internet rumors.

Struggling to keep up

It is now 2016 and I continue to edit on my 2013 Mac Pro. I didn't mind the fact that I needed a dedicated enclosure for my ATTO R680 Raid card from the previous MacPro tower system, sharing that enclosure with a recent Decklink 12g 4K card. It does allow this machine to be modular.

I am working more and more with DaVinci Resolve and the 12.5 update makes me want to cut a small project totally within Resolve as a test. But then the bottlenecks begin. My MacPro has dual AMD 700 graphics chips which I can't change and which even in 2013 was not AMD's highest-end chipset. I have a strong case of nVidia GTX1080 envy. But Apple does not yet support GPU's in an external enclosure. Resolve needs all the GPU power you can give it. It's not happening with current Mac limitations.

Hmmm…let me speculate on how the next Mac OS might help my editing.

"Siri, edit this scene and give it a bleach bypass look."

"I looked for bleach and found three sales on bleach, one of which is near you on the bypass road."

Well, Siri isn't going to do much for my editing workflow.

I continue to feel that Apple abandoned higher end professional application when killing Final Cut Studio. The abandonment of the professional user continues with the stagnation of the Mac Pro and near silence from whatever is left of the ProApps group.

Now, I'm a pragmatist and an Apple shareholder. Those shares gave me a great deal of joy and profit until even the street began questioning Apple's ability to introduce market compelling new products and services.

I tried to abandon Apple once back in the Scully days when it looked as if Apple was headed for oblivion. At that time, a Dell workstation running whatever version of Windows could hardly match Apple's performance. Even when Adobe seemingly abandoned Mac for a few years, it returned to the Mac environment. Mac's just "felt right" for visual work while Windows felt like a graphic layer atop MS DOS.

The Windows world is different today. Try configuring a powerful workstation with current powerful graphics cards, as well as storage options. The price will far exceed that of a Mac Pro. But the choices of CPU, GPU, RAM, storage and peripherals provide a seemingly unlimited set of options for exactly one's needs. Windows no longer feels like a kludge.

What is a conflicted user to do? For all of my sorrow and disagreement over replacing Final Cut Studio with FCP X, FCP X remains an important tool in my arsenal. I use it and don't want to lose it. Automatic Duck's new app even links to Motion. FCP X third party development is robust.

Is the answer buying a Windows workstation configured with adequate processing power, which can also be kept current by replacing PCIe cards or CPUs, and then just buy an iMac for FCP X editing?