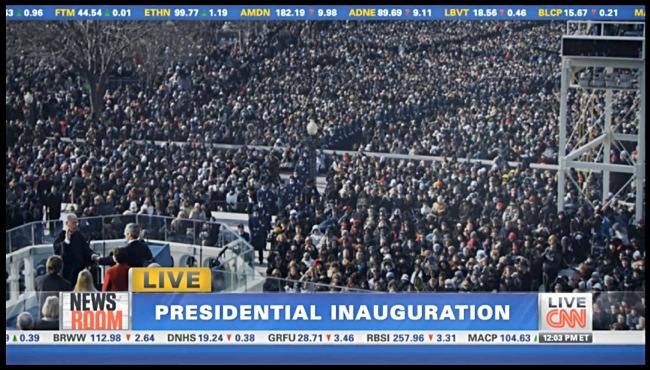 With the news that Ridley Scott is working on his first ever television pilot, it seems that the worlds of television and film are moving closer and closer together. Freya Black investigates this trend

Ridley Scott is set to direct a new thriller about the Vatican for US cable network Showtime which claims to mix "spirituality, power and politics" and Ridley isn't the only one crossing the line between the two camps. In fact this phenomenon has been ongoing for a few years now but it does seem to be gaining momentum and the announcement that the director of Alien, Blade Runner and Thelma and Louise is set to make the jump is the icing on the cake.

Martin Scorsese is another big name director who has made the leap to TV. He is set to make a documentary for HBO about ex U.S. President Bill Clinton. To be honest it seems like Martin Scorsese produces more these days for HBO than he makes movies for the cinema; he also directed the documentaries "Public Speaking" and "George Harrison: Living in the Material World", as well as directing the first episode of hit TV drama "Boardwalk Empire" for HBO too.

HBO is a particular draw for movie directors, perhaps because it sits in a space that directly  crosses the boundaries of TV and cinema. As well as Martin Scorsese, they have also recently financed the Todd Haynes series “Mildred Pierce”, documentaries by Spike Lee, and even Neil Marshall (Dog Soldiers/The Descent) directed an episode of the fantasy drama series “Game of Thrones”! Having said all that Neil Jordan (director of “The Crying Game”) created historical costume drama The Borgias for Showtime, so it’s not just HBO, but they do seem to be leading the pack.

There seems to be a number of things driving all this. Firstly Hollywood is now focused more and more on movies with explosions and superheroes and suchlike. Spectacular event movies are the name of the game. More subdued movies with sophisticated dialogue and plots are not so much where the focus is, despite the fact they can be created with lower budgets, because they are seen as being unlikely to bring in the huge mass audiences that Hollywood is looking for. However sophisticated programming made on lower budgets is exactly the kind of programming that many cable channels are now looking for, so rather than fight to try and cobble together some tiny budget for a small theatrical release, or fighting to get more serious funding through the studio system, many directors are taking the opportunities being offered them by the cable TV channels.

"American movie audiences now just don’t seem to be very interested in any kind of ambiguity or any kind of real complexity of character or narrative — I’m talking in large numbers, there are always some, but not enough to make hits out of movies that have those qualities.  I think those qualities are now being seen on television and that people who want to see stories that have those kinds of qualities are watching television" -  Steven Soderbergh

The demarcation lines between television and cinema are also breaking down with the availability of 5.1 surround sound and large high definition screens available in the home. Some people even have video projectors in their home cinema setups. At the other end of the process, more and more productions are now using digital video to originate the footage. The Arri Alexa is now very popular in both low budget cinema and television production. Itwas even used to shoot the new James Bond and Avengers movies. Other suitably qualified cameras are on the scene now too.Thus actual production processes are moving closer and the differences between television and cinema are more and more becoming about differences in established culture.

Director Quentin Tarantino has even described the rise of digital projection in cinemas as being “TV in public”. He says: ""If I'm gonna do TV in public, I'd rather just write one of my big scripts and do it as a miniseries for HBO, and then I don't have the time pressure that I'm always under, and I get to actually use all the script," which makes another good point, that TV allows the possibility to create stories that develop over the course of a series which might be very appealing to some creators out there! Of course movies are perhaps heading in that direction too if we are to look at such things as the new Hobbit movies or the various interlinked superhero movies. Perhaps cinema is becoming slightly more arc based than it used to be as well!

Another big factor in all this is the slump in sales of DVDs. Revenues from Internet streaming are growing but, so far, are nowhere near sufficient to make up the difference. Television has its own business model which is based less on physical product and so is more suited to the intangible digital future we are heading towards. Revenue comes from advertising or subscription and these sources could potentially even sustain it through the transition as digital technology reshapes the media landscape. Thus television presently appears to be a more stable bedrock to base projects around.

Of course conventional television faces its own challenges too. David Fincher is also set to direct a TV series, but not for HBO or Showtime but for Netflix! It’s a remake of the BBC TV series from nearly 25 years ago “House of cards”. It would appear that Internet players such as Netflix and Hulu are now big enough to be starting to make their own subscription series bypassing the whole cable TV structure entirely.

Of course the idea of convergence in television is hardly a new one but it’s usually one which is thought of in the context of the merging of television and the Internet, rather than television and cinema coming together on their way to the Internet! I guess whatever the starting point, it would appear that “all roads lead to Rome.”

...and in other news,David Cronenberg is doing the narration for a Canadian documentary called "Tales From the Organ Trade" about the black market trade in human organs! I guess film directors are getting involved in TV in many ways!