Does Top Gear’s move to Amazon Prime really mean the industry is changing? 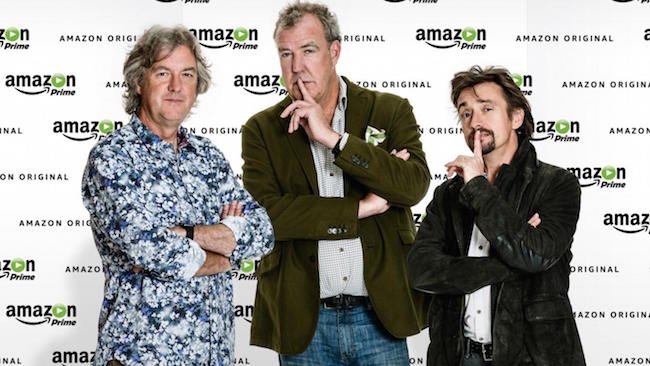 There have been acres of pages written about the significance of Jeremy Clarkson and his Top Gear cohorts moving from the BBC to Amazon Prime, but we think the most significant change is perhaps buried in the details of a job advert for the new production team. This is truly a tipping point for 4K.

The Clarkson Affair, as it has been referred to, gripped the British media for rather too long than was strictly necessary earlier this year. Those interested in the gory details are welcome to Google the whole thing, but all you really need to know is that a) the BBC decided not to renew its contract with Jeremy Clarkson to host one of its most valuable shows, Top Gear, a magazine programme about cars and b) Amazon Prime promptly signed him and his two co-hosts up to make a magazine programme about cars.

This is being cited in some quarters as proof of the death of traditional TV. Indeed, Clarkson went on record as saying that he felt he had “climbed out of a biplane and into a spaceship “ (albeit it was a biplane that puttered out to a worldwide audience of 350m people).

This may be a significant point for the TV/OTT debate, it may not be. But it definitely is a tipping point in the continuing diffusion of 4K because, along with plenty of other jobs for the new production listed in UK trade magazine Broadcast, was this:

Now, of course 4K is already well established in the workflows of the likes of Amazon and Netflix, but that has been for high end drama: one or two camera shoots for lengthy episodics featuring large production crews and resources. Project X however (and one rumour is that it’s going to be self-deprecatingly titled ‘Car Crash’) is extremely likely to be a magazine show: multiple units out shooting at multiple locations, packing up and moving on. Drones, POV cams, lipstick cams, night vision…the whole kit and caboodle.

And that is something new.

Amazon is committing a mind-bending amount of money to the show — 36 episodes over three series at a cost of £160m — which no doubt helps ease any worries about kit. It might be the same old presenters talking about the same old things, albeit for a very different outlet, but this time round they will be doing it in Ultra HD. Top Gear itself only moved to HD in late 2009 — the speed to which its ‘successor’ is taking to 4K truly does represent a step change in the industry.

Effectively, 4K has become the default choice here and now in 2015 for all genres of programming (except perhaps news) providing you have a) the budget to film it and b) the outlet to distribute it. And with costs falling all the time, the number of outlets expanding, and the importance of future-proofing premium content growing, adoption is only going to accelerate - and it was already going pretty fast already.

As Clarkson himself tends to say: “And now, this…”

The ‘this’ in question is now undoubtedly 4K.