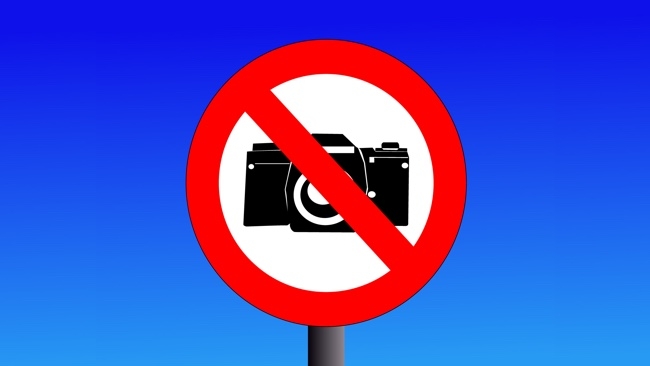 Soon to be a common sight?

In a classic example of its kind, European Commission proposals to establish Freedom of Panorama across Europe have been turned on their head by political horse-trading and may now do the exact opposite.

Photography and video in public spaces has been a bit of a thorny issue for some in recent years, with some prominent cases of people being harassed by authorities for doing what they are perfectly legally allowed to do. It became such a problem that the Chief of Police in the UK had to issue a memo to all UK forces informing them of photographers’ rights.

I needn’t tell readers of RedShark how this could impact on general video and photography. In short it could be catastrophic should it go ahead. Much of the publicity surrounding the news has focussed on unintentional consequences, such as people putting their holiday snaps onto places like Facebook, which is, after all, a commercial organisation.

However the wider picture here is how it could affect professionals. But should we really be worried about such a law taking effect?

The current proposal came about because of a report, written by Julia Reda, that aimed to give copyright parity across Europe. While she got the approval from most parties for most of her proposals there was one sticky area that could not be agreed upon. Freedom of Panorama.

Freedom of Panorama is something that is enjoyed by most European countries, including the UK. It is the right to publish photographs, documentary films and other works depicting public places without restriction, private or commercial. However there are some countries such as France, Belgium and Italy amongst others that do not employ this right.

Reda pointed out in her report that having to acquire a licence to do something as simple as sharing holiday photographs on a social media website was anachronistic. She therefore proposed that parity be sought and that Freedom of Panorama should become a rule across all member states.

The Legal Affairs Committee then took this proposal and made an amendment tabled by a member of the Liberal group, Jean-Marie Cavada.

The original proposal written by Reda was worded as follows:

“Calls on the EU Legislator to ensure that the use of photographs, video footage or other images of works which are permanently located in public places is permitted;”

The amendment which was adopted by the committee using the votes of the European Peoples Party, Socialists & Cavada (Liberals) states:

“Considers that the commercial use of photographs, video footage or other images of works which are permanently located in physical public places should always be subject to prior authorisation from the authors or any proxy acting for them;”

In effect a proposal that was designed to open up the freedom of photographers has been turned on its head to be used for precisely the opposite effect! Even hobbyists would be at risk of falling foul of the new law should it be enacted. For example, if you run a blog that has, say, pay per click advertising on it, that would be considered commercial use. Even using a voluntary donation button would trip up users, too.

On top of this any commercial filming in public spaces would be made nigh on impossible. Street Photography too would be under threat. Consider as well the number of postcards available on the high street that would have to be pulled from market until a license could be arranged. The bureaucracy involved would be immense.

Unfortunately many of the people behind this amendment are convinced that they are doing it for the good of the artist (the architect). It is an amendment that does not consider modern technology, in which sharing is a day to day occurrence. Jean-Marie Cavada, the man responsible for the amendment is clear in his aims, stating that “Internet platforms must certainly pay up.” and describing Wikipedia, a website known for using photographs under Creative Commons as “acting to the detriment of the entire European cultural sector”.

The reality is that currently the proposal has gone into a draft report (not draft law), and then it needs to be voted on by the European Parliament. Even then the European Commission doesn’t have to include it in the final legislation. What may be confusing to those behind the amendment is that the very artists who they thought they were protecting, from photographers to architects, have been signing online petitions to get the new proposal scrapped.

Luckily for us the message does appear to be getting through with some of the parties who voted to include the amendment now distancing themselves from it, and it is even causing splits inside them.

There is also some potential light at the end of the tunnel with all of this. If it is successfully opposed then maybe, just maybe the original intention of the proposal — copyright parity and Freedom of Panorama across all member states — could become a reality. But it’s probably best not to hold your breath.