Opinion: Too many cameras are bad for business 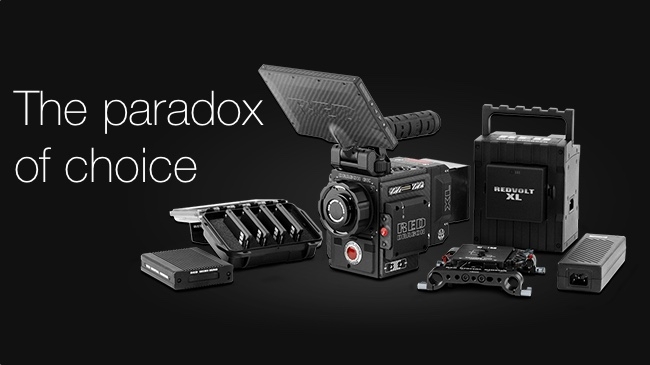 RED's new Weapon: as much of a problem as a solution

One interesting perspective available from the halls of NAB if you knew who to talk to came from the hire company/equipment rental bosses who, faced with yet more camera models and accessories to be added to their fleets, are starting to feel the strain.

At some point in any field, too much choice becomes overwhelming, and that’s what currently seems to be going on in the hire and rental industry at the moment. For the consumer it’s confusing, for the people running the hire companies that supply many of the rest of us with cameras, it’s becoming a real headache.

And given that they are so important to the smooth running of the rest of the industry, their headache can swiftly affect the rest of us. Hire companies going out of business is bad for everyone.

The root problem is exactly the trend that we’ve praised at other times: modularity, both in terms of the cameras themselves and in the product line ups.

One informal discussion we had with a hire boss just before NAB laid the blame firmly at the camera companies and their evolving policy of just that, evolution. “Things were stable for a long time, but now we are seeing every manufacturer flood the market with an increasing number of models," he said. "That’s fine, but if one or other doesn’t take off what they then do is make incremental changes and release a new version that often ends up competing with the previous one. That is confusing for the consumer and expensive for us.”

The magic phrase here is ROI. Hire companies need their fleets to be current and in demand for several years before they can make their Return on Investment. If their stock is going out of date every six months or so then that is a rather large problem, and could even lead to some serious inflationary pressures in the marketplace.

"There are too many cameras on the market for a start and then you have problem that too many of them are too similar," another boss told us. "What should we do? Buy everything and hope that it all flies off the shelves? No one has got the money or the room to do that."

Then there is the question of the sheer number of accessories that a modern camera can require. For the consumer buying a camera such modularity is marvellous, it allows us to customise our cameras to get just the unit we want. For hire companies it's a burden, and they're faced with a choice of driving down their margins in an attempt to carry - and support! - as many combinations as they can, or limiting potential hires by just offering the most in demand combinations. And don’t even get them started on the profusion of lens mounts which all want to use the same lenses as productions ever have done…

Talking of which: “Glass, that’s our answer,” says another company head. “It’s the gold standard for our industry: the glass standard if you will! Yes there is innovation and new products, but, for example, the Cooke S4/i range is ten years old now and we can still get over £400 a day for a set of S4/i primes. Not many of the cameras you see at this NAB will still have value like that after a decade.”