NAB 2015: Dolby Vision is coming to your living room and it's spectacular 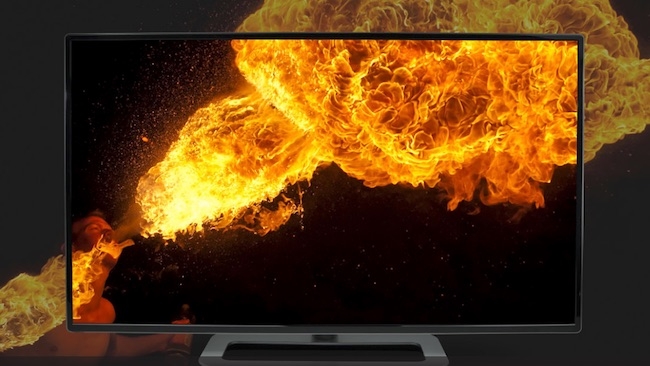 We’ve talked before about High Dynamic Range imaging and how we think it might turn the industry on its head, providing not just more pixels but better ones with a lot more colour information. Even better though, it’s coming to a set near you soon courtesy of Dolby Vision and VIZIO. This is now a 2015 technology.

One of the main consumer-oriented pieces to emerge from NAB so far is that US smart TV manufacturer VIZIO will become the first set manufacturer to ship Dolby Vision-powered units with the debut later this year of its new Reference Series. These are 65” and 120” Ultra HD Full-Array LED Smart TVs featuring 800 nits of luminance and 384 active LED zones — and with a host more features such as 120fps for gaming, built in 5.1 audio and even what VIZIO terms a ‘Pure Cinema Engine’ that will ensure movies are displayed at 24fps, are probably not going to be serving the cheap end of the market.

But this is the start, you feel, of something big, especially when you fold in the two other companies involved with this launch: Warner Bros. and the Walmart-powered on demand service VUDU.

In January, Warner Bros. announced that is would convert several 4K Ultra HD titles to Dolby Vision: Edge of Tomorrow, Into the Storm, and The Lego Movie. Since then, it has committed to a pipeline of new and remastered titles in the format, such as Man of Steel, and Sherlock Holmes: A Game of Shadows. VUDU, meanwhile, is free to join and is probably the closest sort of thing you’ll find to Blockbuster Video in this brave new world of digital downloads.

Pricing and availability of the VIZIO Reference sets is all very much TBA at the moment.

Of course, Amazon and Netflix have both announced plans to stream HDR content this year and, while these plans have yet to have too many details attached to them, Dolby Vision has been linked with them too. So, and perhaps this is even more important, despite the fact that there are competing HDR technologies out there, it looks like we could be halfway along the road to having a standard developing. And for the consumer, at least, that would be most welcome.