What does Apple have in store for television? 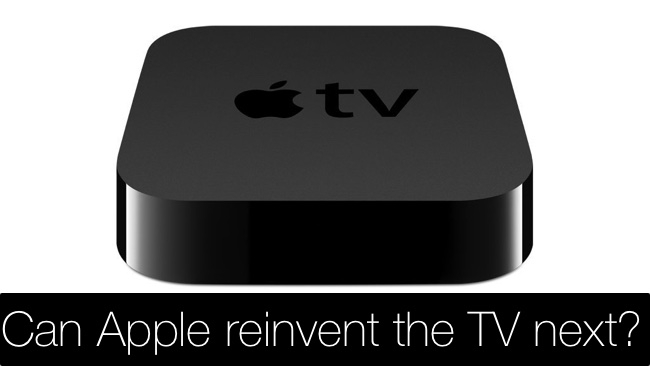 Apple TV: A game-changer in waiting?

Apple’s history with TV has been slightly fractious. Steve Jobs for one did not really want anything to do with it, but it now looks like it’s making big plans for one of its smaller devices, the Apple TV box.

Buried slightly amidst the all the hype surrounding the launch of the Apple Watch last week was an announcement that Apple TV was undergoing a serious price drop from $99 to $69 and also going to be the exclusive launch partner of HBO Now in the USA, just as Series 5 of Game of Thrones is going to air.

That was interesting enough, but according to the Wall Street Journal (which has a rather good track record on these things) that is only the start of Cupertino’s ambitions in the area. Long-standing rumours about the company building its own TV set seem to finally have been put to rest, which is a shame because it would no doubt have been thing of beauty — albeit extremely expensive beauty. So, instead it’s launching its own TV service.

One phrase haunts the modern TV industry, especially in the all-powerful American TV market: cord-cutting. Essentially this is the practise of TV customers ditching their cable TV packages and opting for online streaming services instead. A new survey, typically with contradictory data, comes out almost every day on the subject and arguments about it are legion, but the underlying picture is unarguably one of falling cable TV subscriber numbers and increasing online streaming ones.

Apple’s new deal with HBO Now is exclusive for three months and means that customers can simply pay $14.99 a month for that channel and that channel alone, rather than having to pay a lot more for a whole load of other content they don’t want to watch. Exactly how many will cut the cord purely based on that and the lure of Game of Thrones we won’t know until later in the year (though if any sole show could power it, GoT, the most pirated TV property ever, is the one) but the industry is nervous now and Apple’s new plans are being described by many commentators as a game-changer.

Essentially, the company is aiming to offer US consumers a ‘skinny’ package of 25 well-known channels (the likes of ABC, CBS, 21st Century Fox, Discovery and Walt Disney are mentioned) for $30-$40 a month by the autumn, typically under half the amount most US cable customers are currently paying. These channels would be available across all Apple devices, including iPhones, iPads and, of course, the increasingly venerable Apple TV.

Venerable? Well, yes. The unit in its current iteration is three years old now and features a 1GHz ARM-based A5 processor, 512MB RAM, 802.11n wireless capability and 8GB flash memory. All of which has been fine to handle 1080p video streaming and AirPlay duties to date, but the unit really needs some sort of upgrade to support a) 4K and b) games to make it the centrepiece of a streaming service.

We’ve talked on Red Shark of 4K many times as being a key differentiator for online streaming services, that's a given. But games in particular would be interesting as, with its iOS, the company is of course tapped into one of the largest gaming markets going. Does the world really need Candy Crush Saga in 4K on 55in TV sets? Probably not, but it looks like it might get it anyway.

It’s not so much what, as who

The real key here though is that it’s Apple doing this. There are plenty of competitors in the streaming field at the moment, but few that have Cupertino’s reach and, in marketing speak, brand awareness. Just look at the furore surrounding the Apple Watch: almost everyone else had made one but it was when Apple came into the market that interest really ignited.

Will that interest turn into sales? That is the question, both for the Watch and the TV. To date, around 25m Apple TV units have been sold worldwide, which is none too shabby, but it is starting to be overhauled by Google’s Chromecast. IHS forecasts that 8.7m of the Google units shipped in 2014, comfortably outselling Apple TV’s 8.3 million over the same period. Meanwhile, the market is getting crowded. Roku and Amazon have a range of players on sale in the sub $100 category and the next generation of Smart TVs are launching this year with improved streaming capabilities based on the Android TV platform.

Nevertheless, one influential analyst, Business Insider, projects that an Apple TV service will grow to more than 4 million US subscribers in its first quarter on the market and 10.7 million by the end of 2018. That would translate to a revenue of more than $4 billion a year by the end of 2018 and even if only 10% of those customers seriously think about cutting the cord, then the established industry is in a spot of trouble to say the least.

Steve Jobs memorably dismissed Apple TV as a hobby, and according to a new biography, told Jonny Ive: ”I just don't like television. Apple will never make a TV again.” However, under Tim Cook that stance has softened notably. And the fourth generation box, likely to be unveiled at June's Worldwide Developer's Conference, coudl see it eveolve even further into a positive embrace.

As one research report from Cantor Fitzgerald put it week: “Apple remains one of the few companies in the world that has the potential to transform the TV industry, and we believe consumers are ready for a change.”