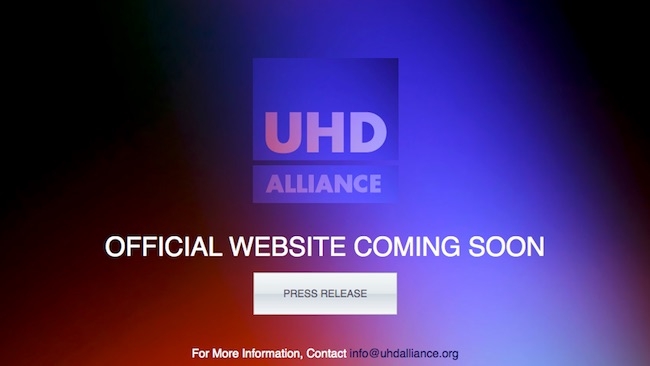 One of the more significant, non product stories to emerge from CES concerns the establishment of the UHD Alliance by most of the companies you would hope would be at the forefront of an attempt to establish some standards in the industry.

Those with long memories may well remember the complete debacle that accompanied the roll-out of HD where, for the consumer, products were billed as HD-ready that were no such thing and, for the industry, a myriad of different sub-formats made production and versioning a complete nightmare.

4K has been perilously close to heading down the same path with ‘Ultra HD-ready’ TVs that pre-dated H.265 chipsets and were also no such thing, not to mention different content working on different sets with different apps.

Two things to note though, one good one bad.

On the positive side the Alliance’s mission statement talks enthusiastically about “next generation features like as 4K resolution, High Dynamic Range, Wide Color Gamut, High Frame Rate and Immersive Audio,” so it’s about much more than just resolution.

On the downside several high-profile names were conspicuously absent from the launch, the Hollywood Reporter’s list of significant absentees including Deluxe and Sony Electronics, not to mention studios Paramount, Universal and Sony Pictures (quite a few news outlets have truncated Sony Visual Product Inc’s name to simply ‘Sony’ and assumed the whole organisation is onboard — not so).

It will be interesting to see if they are holding out for some background assurance or are genuinely planning something else. For the industry’s sake though you have to hope that the ‘dalliance’ part of the new organisation’s URL — www.uhdalliance.org — doesn’t come to pass.