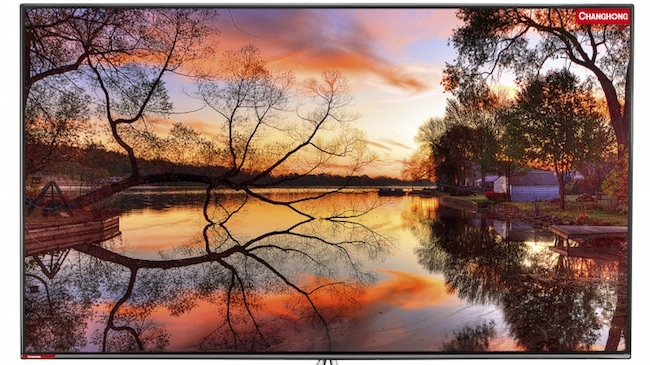 Shanghaiing might be unknown outside China, but it's shipping 60,000 4K sets a month

With an epidemic of Black Friday sales and the start of the Christmas retail season starting to kick in, the CE industry has already had a significant boost with reports of a 500% increase in 4K set sales amidst a general uptick in units.

The overall figure in the DisplaySearch report isn’t large, a 4% rise year on year for the Q3 2014 period, but any rise is good for a slightly beleaguered CE industry that’s still facing tough economic conditions and had a fairly flat first half of the year. Plasma and CRT units are unsurprisingly down, LCDs are up, and up an impressive 12% in North America alone

That figure though is put into the shade by the growth in 4K. Shipments jumped more than 500% year on year in Q3 2014 to top 3 million units, bringing total shipments to 6.4 million units so far in 2014.

That’s a fairly hefty installed base, but it’s interesting to see that most of the shipments are aimed at China, which accounted for 60% of units over the same period. Western Europe came next with a comparatively meagre 6%, but even that is a significant rise on the figure at the start of the year.

Given the Chinese market’s ability to distort the figures with high volumes and low prices it’s no surprise either to see that local bands are starting to compete fiercely with Samsung. The Korean giant still has by far the lion’s share of set shipments, with a dominant 36% of the market, but the likes of Hisense and Changhong are firmly in the mix and globally rivalling Sony (which has 9% of the market at present).

What’s more the growth of 4K looks set to continue as well. “However, with the arrival of greater competition in North America and other markets, as well as rising 4K TV exports from Chinese brands, competitive price compression will be difficult to avoid for most brands,” reckons DisplaySearch. All of which means lower prices on 4K to come…