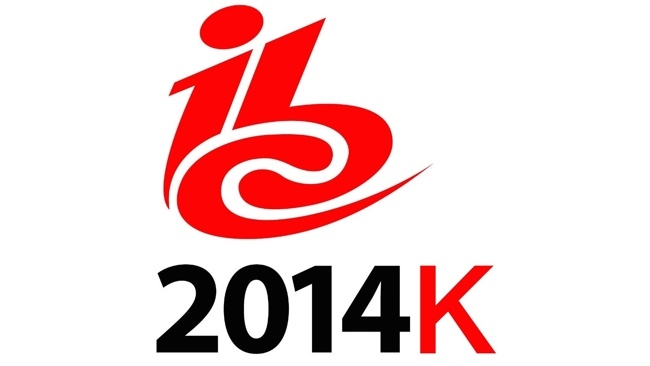 4K Ready? 4K Now! One of the things that was most noticeable about IBC2014 was that 4K is now very much a part of the mainstream. That’s not to say there wasn’t still room for debate, though.

The numbers alone from IBC2014 are impressive. 55,092 visitors made their way through the show doors, the largest amount of people that have ever visited it, and it also posted record specialist app downloads and had the most successful Leaders’ Summit and Rising Stars events in its history. The organisation is, frankly, cock-a-hoop, and that feeling is mirrored by some of the exhibitors at the show, particularly those involved in the 4K rollout.

Sony sold 200 of its new €8000 PXW-FS7 camcorders into the UK at the show alone only days after launch, and the company also reported ‘significant orders’ from Nordic and Benelux dealers. Tim Sparrock, director at Visual Impact Group, summed up the industry sentiment about the camera for many. ”Sony’s PXW-FS7 is by far the most exciting new product to be announced at IBC2014 and represents a significant milestone in the future of 4K filmmaking,” he said. “The camera ticks so many boxes in terms of specifications, usability and price and as such we’ve placed a substantial order for the FS7, which we’re confident will take the market by storm."

Hitachi, meanwhile, not to be outdone with its own movement into 4K, sold 50 of its SK-UHD4000 units to Gearhouse Broadcast, a multimillion dollar deal which accounts for the entire first production run of the camera in one single, fell swoop. Gearhouse plans to use them in a new 4K OB truck which is currently being built for its Australian business as well as in a new 4K truck planned for the US. The rest are destined for the UK and the whole deal is a significant shot across the bows of Sony and Grass Valley, who tend to see themselves very much as the incumbents in the OB market.

But the UK is going to need those cameras too. Much has been written about the disruptive impact of the telcos entering the broadcast market in recent years, but in the Conference the UK’s BT Sport revealed that it was working ‘very hard’ to ensure 4K transmissions of EPL soccer matches during the 2015-16 season. The broadcaster is already using 4K stitched images in its analysis, but this statement ups the ante considerably. And with erstwhile rival BSkyB readying its new, ‘Project Ethan’ 4K cloud-based and potentially ground-breaking set-top box for release next year, suddenly the UK becomes potentially a very interesting battleground for the 4K future.

The format itself is something of a battleground now too, however. There were lots of issues vexing the Conference delegates at IBC this year — spectrum allocation, the role of the cloud and more — but 4K was undoubtedly the standout subject and much was made of whether the industry should stampede towards the UHD-1 specification or wait until UHD-2. The EBU is one of the many powerful bodies in the Wait Camp, but it looks increasingly like events will overtake them. DisplaySearch figures released at the Conference suggested the following sales trend for 4K displays:

As the phrase has it: The avalanche has already started, it is too late for the pebbles to vote (bonus points are on offer for being able to say where that comes from without Googling it). In other words, the momentum behind UHD-1 is already starting to look impressive.

BSkyB’s chief engineer, Chris Johns, came up with the metaphor of the show. Quoted in the IBC Daily he said: “4K is a bit like an airline. HDTV is obviously economy class; everyone has it and they can fly anywhere in the world. But it’s nicer in premium economy where you can get UHD-1/Phase 1. Then in first class, it’s UHD1-Phase 2. Of course, 8K then means you are in your own executive jet.”

Of course, though, the barriers are forever shifting. VFX legend Douglas Trumbull previewed his new MAGI system during his keynote at the IBC Big Screen, one that he believes can deliver a “new cinematic language.”

MAGI involves projecting movies on giant screens in 4K, 3D at 120fps. he has already produced a short in the format, UFOTOG, which was shot using Canon Cinema EOS C500 cameras on 3Ality rigs, at 4K 60fps with the two cameras shooting out of sync to capture 120fps. It was posted using Eyeon’s Fusion (now, of course, Blackmagic’s Fusion) and screened in 2K, 3D at 120fps using dual Christie 6P laser projectors and Dolby 3D, as well as with Dolby Atmos sound. “I have talked to directors who are very interested in this,” said Trumbull.

Forget the exec jet. While it looks like many of us will be turning left when we enter the plane a bit sooner than planed, it looks like some people are already readying their own space shuttle…

More about MAGI and UFOTOG below…