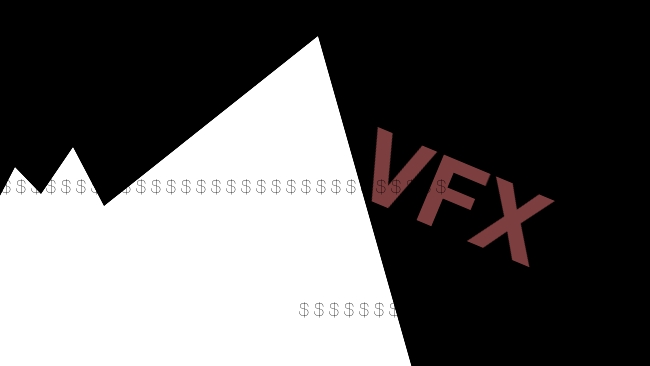 Tax breaks continue to hugely affect the geographical setup of the film and visual effects industries, but are subsidies really such a good thing and can they really be sustainable in the long term?

To the outsider, the visual effects industry appears to play a simple game of musical chairs once every couple of years. A studio or two will flourish in one part of the world, another couple shrink or disappear elsewhere, and several others either expand or relocate. But look closer and this isn’t some natural evolution, or, as might be expected, a reflection of studios setting up shop in talent hotspots. Instead, the effects industry, like the movie industry on which it relies for a good proportion of its work, is one that has been shaped and reshaped by subsidies.

Outsourcing has traditionally been painted as the most damaging thing to happen to the industry, with the fear that all of the work would wind up being carried out by artists in countries where the cost of living is cheaper. But while many of the larger studios have opened branches in India and the Far East, these tend to be used more for ancillary tasks, while the more artistically demanding work tends to be based in the west. And it’s here where subsidies have had an enormous impact.

Sony Imageworks’ announcement that it’s relocating its operation from Los Angeles to Vancouver (taking 300 jobs in the process) is just the latest blow for the US visual effects industry. Imageworks’ latest move follows its previous decision to open a branch in New Mexico to take advantage of generous tax breaks, only for that to close last year when subsidies were scaled back and the lack of an established local industry reportedly made it difficult to attract talent for shorter-term (ie. per movie) contract work.

The Sony migration is especially painful for the country’s ever dwindling California hub, where more than 20 studios have closed shop or gone out of business in the last decade. Yet it’s also understandable from a business perspective. There’s talk of passing legislation in California to grant 20-25 percent subsidies for film work, but at the moment it’s only proximity to Hollywood and the remaining infrastructure, talent base and reputation for quality that is sustaining local industry. Even states such as New York, North Carolina and Connecticut have been somewhat successful at poaching film production and postproduction using subsidies.

Yet all these pale in comparison to the incentives offered outside the US. New Zealand actively changed its tax policies in order to facilitate production of The Hobbit. The UK is also perceived as a key threat by many in the US due to the tax breaks offered on film production – breaks that have recently been modified to be even more accessible for foreign (ie Hollywood) productions. While Framestore CEO Will Sargent has expressed doubts about the viability and use of tax incentives in the past, even he believes that between 50 and 75 percent fewer films would bring postproduction work to the UK if the tax credits system didn’t exist.

The greatest disruption has been triggered north of the American border, however, where British Columbia, Ontario and Quebec have all been offering competing film and television tax relief systems, along with ones specifically for animation and visual effects. The battle between the three has escalated so much over the last few years that British Columbia currently offers an astonishing 58.42 percent rebate on the salaries of resident computer industry artists. Even films shots elsewhere in the world can benefit from tax breaks if the postproduction is handled in BC.

Little wonder Canada has tempted so many US studios to relocate or open satellite offices, including behemoths such as ILM, Digital Domain and now Sony Imageworks. It has even triggered a talent drain from the UK. MPC, Cinesite and Framestore already have branches over there, and now Prime Focus World is pushing further into Vancouver after scaling back in Los Angeles and just as it’s rumoured to be shutting its London offices.

The strange thing is that most agree this constant tax incentive one-upmanship and resulting economically-driven migration is damaging the visual effects and animation industries. Even British Columbia’s finance minister has called for an end to the fighting, saying “as a country and individual provinces within the country, we are better off to stop competing to see who can send the biggest cheque to Hollywood”.

This is a key problem. While incentives can bring in business to an area, the tax breaks and final movie revenues head elsewhere. In Ontario, it’s transpired that 60 percent of visual effects companies receiving subsidies actually pay no local taxes. For foreign film production in the area, that figure is even higher, at 70 percent. And it’s the movie studios, not the postproduction facilities and workers, which ultimately get a cut of the box office earnings. Witness the demise of Rhythm & Hues, even as its work was helping Life of Pi rake in millions of dollars and multiple awards.

The transient nature of work within the industry is also key. While tax breaks can encourage local job growth, many of those job are taken by artists migrating from the other, less healthy areas. And a good number are only employed on temporary contracts, so are just as likely to leave again once a project is complete. An industry in constant flux only serves to worsen job security and regional stability.

Tax incentives can certainly be useful for triggering growth in an area, but they’re not designed for permanency and simply don’t work as a long-term bargaining chip. That could only work with very deep pockets (something that Canada doesn’t actually have) and so long as a territory can offer the best deal. But another will always come along with a better deal eventually. And then, even if the incentives have helped build a solid local infrastructure, filmmakers will accept the more competitive bids available elsewhere and the drift starts all over again.

It’s telling that Quebec has now announced a 20 percent cut on its previously world-leading entertainment industry incentive program (a move brutal enough to leave local games giant Ubisoft reconsidering its position there). Meanwhile, a group of Californian visual effects artists (including noted artist and industry spokesperson VFXSoldier) have been working to highlight the damage wrought by tax incentives and are even challenging the legality of film subsidies. They may have their work cut out with the latter, however, as a previous petitions of this nature were thrown out after opposition by the Motion Picture Association of America, along with some US unions. It’s also difficult to argue the case against the likes of Canada and the UK offering tax incentives when various US states do the same.

Without legal backup, unilateral tax break disarmament seems wholly unlikely. Yet it’s also arguably essential to the long-term health of the industry. Unless something is done, respected visual effects and animation facilities will likely continue to die or at least suffer, either surviving through mergers or by continuing to chase around the world in search of the best tax breaks. In the meantime, the only real winners are the movie studios – happy to shop globally and play territories and studios off against one another in order to pay as little as necessary for postproduction work, whatever the long-term cost.