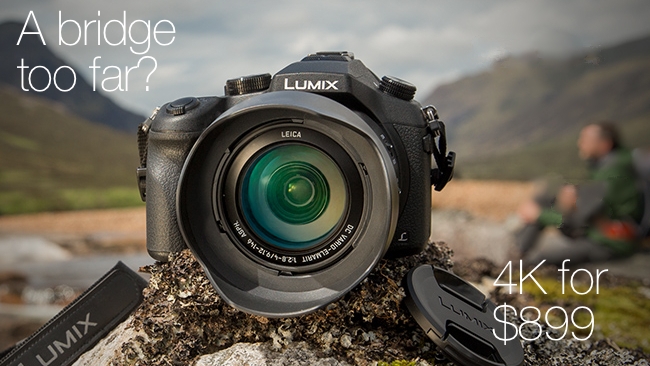 Opinion: Is Panasonic eating into its own marketplace with its new, sub $1,000 camera?

Some would say that Panasonic have always lead the field in their video implementation even in their consumer camera models. With the release today of their latest Super-zoom or Bridge camera in the FZ1000, the question begs asking: have traditional bridge cameras come too far? Where is the cross over from small sensored super zoom models typically labeled as bridge cameras and the established DSLR models?

With the FZ1000 having a 20 M pixel 1 inch sensor, Panasonic have upped the ante on the whole consumer market especially as it relates to video capability. The new camera can now shoot at 4K resolution and has increased the slow motion capability to full 1080p at 100 fps. In addition, the FZ1000 claims clean output over HDMI. It seems it will be capable of recording maximum bit rates as high as 100Mbps  in 4K, and it probably includes some of the features of the flagship GH4. These include  DFD (Depth From Defocus) focusing technology and cine -like adjustable gamma curves. Couple this with an integrated high quality fast 16x optical zoom from the Leica stable, thereby  eliminating the need to amass a range of fast lenses for the micro four thirds mount, and you have a formidable HD and 4K platform for the corporate and indie film sectors of the market. This new camera is  pitted directly at the Sony RX10 with the advantage of the longer optical zoom range and 4K  capability.

Eating their own market?

At what point do manufacturers bite off their nose to spite their own face when it comes to implementing camera capabilities and features across their own range of products?. This must keep the engineering and marketing teams pulling their hair out deciding what constitutes going too far in risking undercutting their own sales in their own respective markets. Perhaps this is why Panasonic in their wisdom have restricted the 4K video recording to 30fps. If 24p was available, it would seriously eat away their GH4 slice of the market pie. It will be interesting to see if a later firmware update will be offered in response to consumer demand pressures, that notwithstanding, the active hacker community may beat them to their own punch.

While in the professional video production industry 4K resolution has quickly established itself as the de facto standard, in the consumer and prosumer markets it is still viewed largely as the flavor of the month, and is viewed as a marketing ploy to woo the buyers - just as the mega pixel and mega-zoom features  were used as sales hype in the very process of establishment of that product sector. So now with the cross over to 1 inch sensor technology coupled with 4K resolution and borrowing more advanced  technologies from their more expensive pro sibllings such as  DFD focusing and clean HDMI output, the whole industry is being catapulted into a new orbit.

The now well entrenched DSLR video market including Panasonic’s own much lauded GH series is going to feel a new kid on the block competing for the limelight. This represents a second wave in the digital video revolution started by the implementation of HD video by DSLR  manufacturers towards the end of 2008, with Canon then leading the field with their now legendary 5DMKII, 7D and Rebel series. Nikon followed by catching up in the D800 and D3200-5200 series, and ironically it was Nikon with their D90 back in August of 2008, who were the first with a DSLR with video capability. 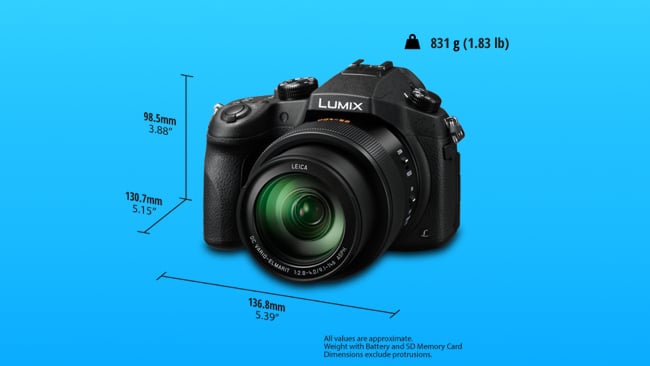 This new price point/performance benchmark set by Panasonic represents a game changing trend which is going to be hard to beat and is as innovative as the first wave
of full HD started by the DSLR video revolution only just over 5 years ago. There's never been a more exciting time for independent acquisition, production and distribution,
check out some brilliant footage shot n 4K by the FZ1000 on You Tube.
Be sure to set the display to 4K and be amazed.