How does NAB change the landscape if you're a camera hire company? 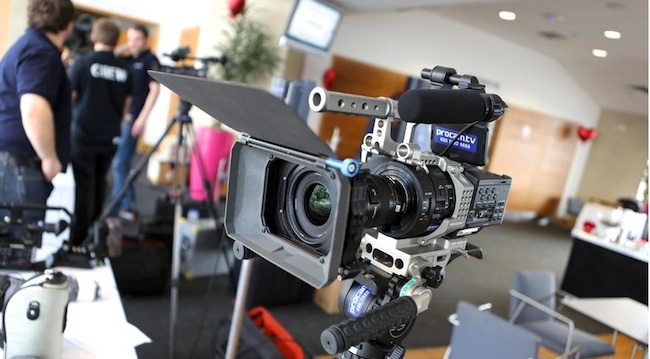 ProCam has been active in trying to seed the 4K market

While for most of us the blizzard of new cameras at NAB is a chance to daydream over what we might buy, or at least think of being extremely nice to the bank manager next time we see them, for people like John Brennan, Group CEO of the UK's largest hire company Procam, it's all about how many they might have to buy of what model to satisfy demand.

Hire companies have always had to walk a fine line between investing in new stock while maximising the revenue from their existing fleet. And while it’s tempting to think of the pre-tapeless era as being a halcyon day of longterm stability, in essence it has always been thus: Betacam begat Betacam SP, begat DigiBeta, begat Betacam SX…In other words hire companies are very used to working in changing circumstances and carefully analysing the shifting sands that they stand upon. 4K is just another stage of that ongoing process.

So, it’s interesting to hear what John Brennan has to say about what was possibly the most significant NAB ever for developments in the camera field.

First off he reckons that the sheer number of 4K units announced “is a real indicator of the growing demand for cinematic content in the market, which we’ve been seeing ourselves over the last few months.

“There were two big surprises for me at the show,” he continues. “The first came from Blackmagic as it announced not one, but two new high-spec cameras: both the Blackmagic Studio camera and the URSA. The URSA carries much hype and, with an attractive price tag, is certainly going to be of interest. But without the ARRI or Sony badge on the side of the camera, for me and many people I spoke to, the jury remains out.”

This is an important point; if that jury is out amongst many people who know what they’re talking about, it’s also out amongst those with a lot less technical knowledge too. And sometimes these can be the producers and directors that hire camera people and kit to do their jobs. In that context, trusted brand names count. It took Red a long time to win the industry over and that task still isn’t completely done.

“The biggest shock though was AJA’s announcement that, just two years after its main competitor Blackmagic made the same move, it will enter the camera market with 4K camera Cion,” Brennan adds. “Primarily known for converters and portable recorders, AJA says that it’s taken a considered approach to its first ever camera and it will certainly be interesting to see what impact this has on the industry when it’s available later this summer.”

And, indeed, if it has learned any lessons from observing Blackmagic’s sometimes painful route to market.

It will be interesting to see if AJA, and indeed Blackmagic, can tempt Brennan to add their wares to his shopping list. Procam’s not been afraid of spending money to help establish a lead in the 4K market — dropping £500k on Sony 4K kit, namely Sony PMW-F5 and PMW-F55 cameras, last year — but will the new cameras prove effective enough to overcome pushback from those looking for a different name on the side of the units shooting their latest production? Time will eventually tell — having the units appear on schedule will no doubt help — but, in the end, following this NAB Brennan thinks that the whole industry will benefit.

“Overall, the reaction to the show has been highly positive, with many new and enhanced products,” he concludes. “This can only serve to help programme makers and creatives deliver even better content.”