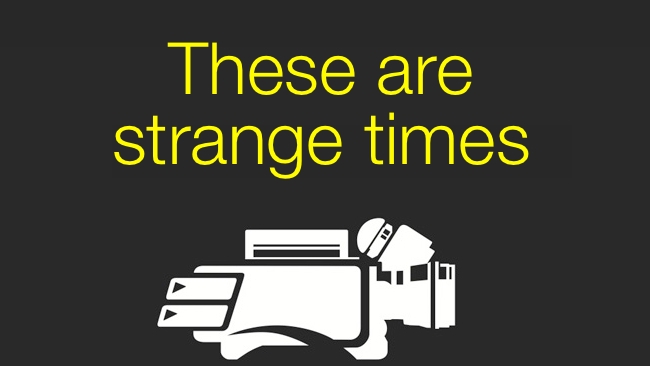 Hidden under the surface, there are some very big changes happening with the big manufacturers

It's been an interesting few days. I was trying to finish an article about how Panasonic are now supporting off the shelf SDHC cards as well as P2 media on their new PX270 handheld camera and as I’m finishing it up I see David’s article about how Sony are making ProRes and DNxHD available on the Sony F5 and F55! I was a little shocked. Both of these moves seem in a similar vein to me. Both companies have always pushed their own proprietary codecs and media and both have been a big part of the driving force for the proliferation of codecs and media we have seen since the days of DV. Why has there been such a sudden turn around at both companies?

I was very surprised at the recent video industry show, BVE in London,  when someone on the Canon stand was talking about prices and suggested in what I detected to be a slightly dejected tone: “things are very competitive right now”. Well if that’s the way Canon sees things as the maker of the best selling camera for “self shooters” in the TV industry, (the Canon XF305), the maker of the Canon 5D - which is probably the most famous camera in the DSLR revolution, the manufacturer of their own lenses which are also best sellers to the DSLR crowd and fairly well respected generally (The Amira is even available with a Canon EF mount option!), and the maker of the Canon C100, C300, C500 etc... well how must companies like Panasonic and Sony feel about it all?

In some ways it’s been a bit of a perfect storm for the camera companies. Not only have they had to deal with the world economic situation taking a serious nose dive but at the same time they are in a situation where a substantial period of growth has come to an end. Most of the larger TV networks have already upgraded to HD and there has been a proliferation of HD equipment out there. Television has largely merged with cinema with both now being heavily based on video technology. While that brings new opportunities for the traditional broadcast suppliers to supply to the cinema industry it has also brought new competition in the form of companies like Arri and Red: Arri in particular being an established player in the world of movie cameras and who are now extending heavily into supplying equipment to the broadcast television market.

It might be unfair but it could be argued from a format point of view that while companies like Sony and Panasonic might have have created interoperability issues for the users of their cameras, Arri have sought to solve those problems. It’s pretty amazing that the Alexa was not really marketed on its beautiful images but on its workflow. I guess Arri were confident enough about the images that they could let them speak for themselves. “Shoot > Edit” was the way the Alexa was marketed. ARRI embraced ProRes from Apple and Sony’s SxS cards both of which were already popular, rather than inventing yet a new standard for everyone to work to.

Another big entrant to the market is Blackmagic. While being established in the broadcast and film industry already, they didn’t make cameras. Well now they do! Like Arri they have also supported ProRes in their cameras and have been keen to support the customer when people started saying they would love to have Micro 4/3 versions of the cameras. Blackmagic have set the forums alight and there is still a lot of excitement about their new cameras. I’m sure that some of the more established companies are very relieved that Blackmagic have suffered supply-side problems, making some people have second thoughts, but in spite of their issues it would appear that they will continue to be a significant force in the future.

When there are only a few companies around I guess it’s easier for everyone to go down their own narrow little path and invent their own new solutions to customers problems in the hope of locking them in to their special solution, but when there are companies supplying easier solutions, based on existing technologies, it becomes harder to justify such an approach. With smaller companies now entering the market such as Digital Bolex and Apertus°, the push towards more open technology is likely to continue and the more established players will have to get used to the fact that the game is changing -  and adapt.

And perhaps that is what is starting to take place now.

The reality is that this is probably only a good thing for companies like Sony and Panasonic, who are being pushed to really make their products more interoperable and more suitable for a customer-let workflow.

And I think this will be better for everyone.