Everything Changes with 4K 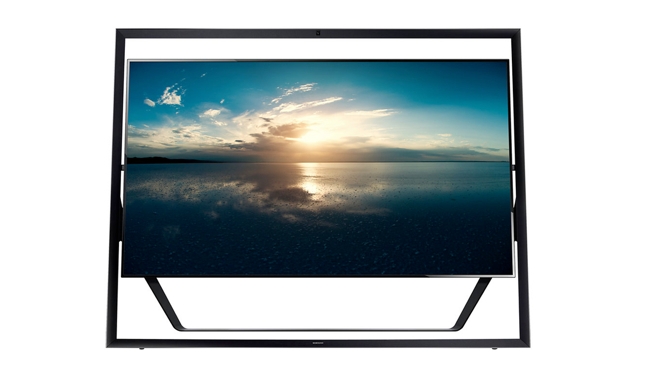 It's not just a case of 4K changing the way we produce and watch video, it is also turning the established model of the way new technology is introduced to the industry completely on its head.

Academics refer to it as technological diffusion; the speed, manner and geography of how new technology percolates through society. Obviously that has changed enormously from the time when you could chart the decades-long progress of new agricultural techniques inching across ancient Mesopotamia, but what is really interesting with 4K, as opposed to the last large-scale deployment of new broadcast tech that was the HD project, is that it is not being driven by the broadcasters.

Indeed, there are plenty of confident predictions that, after a flurry of tests last summer, the broadcast industry itself will park the 4K experiment this year while it waits both for the transmission side of things to catch up and for new high frame rate standards to be decided upon. Meanwhile, the likes of Amazon and Netflix look set to drive it forward at a rate of knots.

Why the stagnation? Well, it comes down to sport basically. Pay-TV drives new technology in the industry and, HBO notwithstanding, the life blood of pay-TV in turn is live sport. That's what it spends its money on (the newly launched BT Sport in the UK has so far invested over £1bn in sports rights) and that's what drives viewing figures and audiences. And while everyone involved is pretty confident they can reliably capture sporting events in 4K in the here and now there is a) a shortage of the OB kit and trucks needed to do so and b) significant disquiet regarding the frame rate of the format. In fact there is a real push within the industry for Ultra HD to be 10bit 60fps as standard before anyone seriously invests in the format.

HEVC is coming but slower than expected

Couple that with a slower than expected roll out of HEVC devices, the fact that this year's World Cup has definitely missed the boat in terms of being a mass market Ultra HD proposition, and the not-to-be-overlooked fact that a lot of people got their fingers burned with stereo 3D, and you are probably looking at 2015 before major broadcasters get involved.

All of which leaves the field clear for the big On Demand players to exploit what amounts to a year or so's worth of USP in being the only providers of 4K content for the increasing number of sets out there (latest figures from IHS predict 10m sets will ship in 2014). The content is there —4K mastering of movies is commonplace and Netflix has now joined Amazon in pledging that all new commissions will be 4K — and the bandwidth to distribute it is now onstream and increasingly widespread too.

So, 2014 really is going to be the Year of 4K. It’s just that when you read articles on other websites saying that 4K is nowhere to be seen and won’t be happening, they will probably simply be looking in the wrong direction.