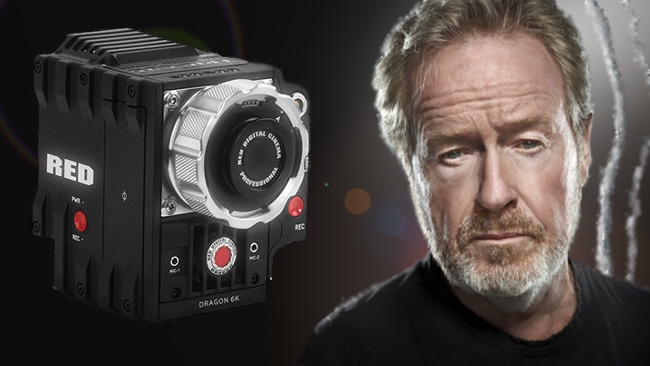 It looks like Ridley Scott’s new movie “Exodus” will be one of the first movies to be released that was shot on the RED Dragon. Ridley has used Red Epic cameras previously on “Prometheus” and “The Counsellor” with Dariusz Wolski providing the cinematography. Dariusz is perhaps most famous for his work on the Pirates of the Caribbean movies, although for those with long memories he was also the cinematographer on “Dark City” and “The Crow” and on “Crimson Tide” directed by Tony Scott which is perhaps where Ridley knows him from. His work on “The Counsellor was probably the best looking footage I have ever seen come from the RED Epic MX sensor cameras, so it will be very interesting to see what he can coax out of the new RED Dragon sensor. Certainly Exodus is going to make for a great showcase for the new sensor.

Exodus tells the story of Moses leading the Jewish people out of Egypt and is going to be a biblical epic of epic proportions with Ridley building very large practical sets with a minimum of green backgrounds to try and make things as realistic as possible. Whatever the movie turns out to be like, the sets are going to be breathtaking and knowing that Ridley has a long history of squeezing the most out of production design from Blade Runnner through to Gladiator, I have a feeling that he is going to take the movie even further than the monumental sets already suggest. Check out this link to see the actual sets built in Spain!

It looks like 2014 is going to be a big biblical epic year too with Darren Aronofskys Noah also hitting the big screens. Noah will wash ashore in March though and Exodus is scheduled for December 2014. Both movies are looking to bring a new spin on the original stories by going right back to the book and working forward from there. The Noah movie even features the Nephlim.

I guess it should be no surprise that such movies are now being released in a world where the accent is on huge tent-pole movies. Biblical movies were after all, the original Epics.

Theres not a trailer for Exodus yet but here is one for Noah: