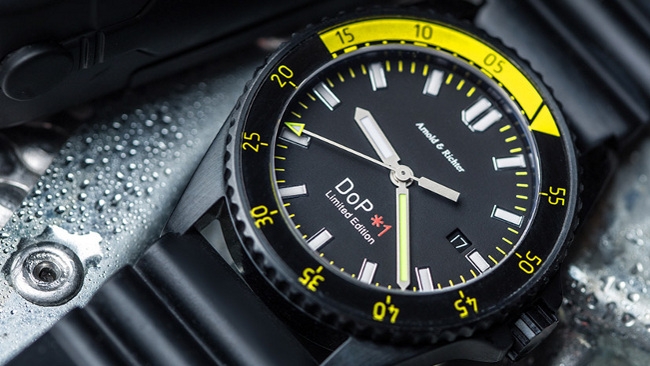 Sony have developed a software updateable watch, Apple are rumoured to be developing the iWatch, so perhaps ARRI didn’t want to feel left out of the party, hence the announcement of the dop1, a new "cinematography watch" from Arri

Perhaps in keeping with ARRI’s long tradition of analogue film making, it is an analogue watch. ARRI is strongly connected with traditional film making and so they are selling a traditional watch in keeping with that image (traditional but modern), however there is a slightly new spin on the old theme in that the watch has an outside bezel that counts down to zero. The idea is that a cinematographer can manage their time by allocating a certain amount of minutes for a task, and that the watch can let them know the remaining time.

I wonder what a RED camera watch would be like? It would surely have to be digital. Perhaps it would feature dragons on the face?

Well the arri watch is here just in time for Christmas! Price is EUR 895.00. It’s a limited edition of only 500 tho, so I’m guessing that Arri aren’t giving up the camera business to sell watches any time soon.

Check out the ARRI page about the watch here.

Feature of the dop1 watch include: