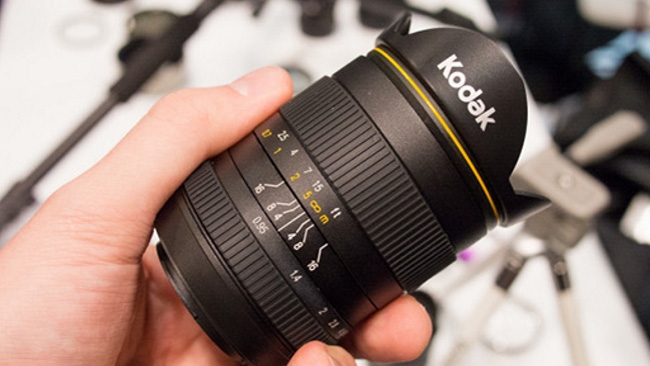 It’s been a very long time since Kodak actually made lenses although they did make nice lenses long, long ago.  Well now lens maker Sakar are hoping to revive Kodak as a lens brand. They are introducing 3 lenses under the Kodak brand and they are in the very handy Micro 4/3 mount as used on the Panasonic GH2/3 and Blackmagic Pocket Cinema Camera.

So there are a couple of extremely fast lenses there with f/0.95 being about as fast as I’ve ever known a lens to be. Of course how sharp the lenses will prove to be at f/0.95 remains to be seen. The cost of each lens will be $400.

For more information about the lenses check out this article on the phoblographer website where it would appear there are even pictures taken with the lenses at wide open.

Not only that but there is also a MFT camera coming out from another company under the Kodak brand. The Kodak S1 is a CMOS sensor based mirrorless camera with built in wi-fi. I’m not expecting a high end camera as it is being promoted with the slogan “Best designed for smart phone” whatever that means. (I suspect it definitely means it’s going to be more of a handbag camera, but hey I love my Kodak ZX1!)

Hopefully all this licensing of the Kodak brand name will help keep the film company afloat for the future. Personally I think it can only be a good thing as they can’t damage the brand any more than the Kodak batteries available from Poundland have already done.