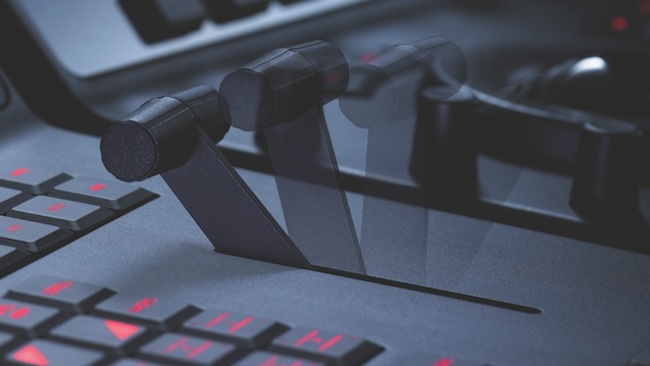 One of the most surprising things from IBC2013 was that Blackmagic Design refrained from announcing another camera. But that was okay, as there were plenty of other things to keep punters happy.

First out of the box was a new public beta for DaVinci Resolve 10. Billed as a major upgrade, it has upgraded on-set tools, upgraded editing features and support for OpenFX plug ins, as well as new tools for delivering final project masters to cinemas. Other changes include the addition of Ultra HD resolutions (naturally) and additional GPU support on the free of charge DaVinci Resolve Lite edition.

Also key to Blackmagic’s Amsterdam presence this year was the ATEM 1 M/E Production Studio 4K, a new and advanced Ultra HD live production switcher with 6G-SDI for an impressively low pricepoint of $2,495. It follows in the wake of the NAB launch of the ATEM Production Studio 4K, the world’s first Ultra HD live production switcher way back then (the ‘way back then’ being slightly sarcastic, and reflecting the speed that all this is evolving at). The new unit provides customers with added features such as 10 independent 6G-SDI inputs each with frame sync, built in DVE with zoom, scale and rotate, 4 upstream chroma keyers, 3 independent aux outputs with front panel control and a larger media pool that holds both still frame graphics as well as motion video clips.

There were also new models of its HyperDeck Studio 2 and HyperDeck Studio Pro 2 disk recorders, with the $1,995 HyperDeck Studio Pro 2 also supporting 6G-SDI and HDMI 4K connections for full resolution Ultra HD recording and playback. Other features include 4-channel SDI in and out and built-in high speed Thunderbolt connection, as well as a range of SDI, HDMI and analogue in and out including standard XLR connectors for audio and timecode. It can also take full advantage of the new HyperDeck Software Update 4.0, which adds support for additional Apple ProRes file formats, ProRes 422, ProRes 422 (LT) and ProRes (Proxy).

And lastly from a busy IBC, Desktop Video 10 was billed as a major new software update for the UltraStudio 4K and DeckLink 4K Extreme capture and playback products: one that replaces all processing with a wholly new design and allows for features such as simultaneous capture and playback.

Said the company: “After 11 years of shipping thousands of capture and playback products for Mac, Windows and Linux, it was time to redesign the firmware and drivers to allow a new generation of features and performance. This new architecture has been designed from the ground up to be optimized for high speed Thunderbolt and PCIe computers and the new emerging Ultra HD television formats that require massive data speeds to support.”

It will be available in October free of charge.