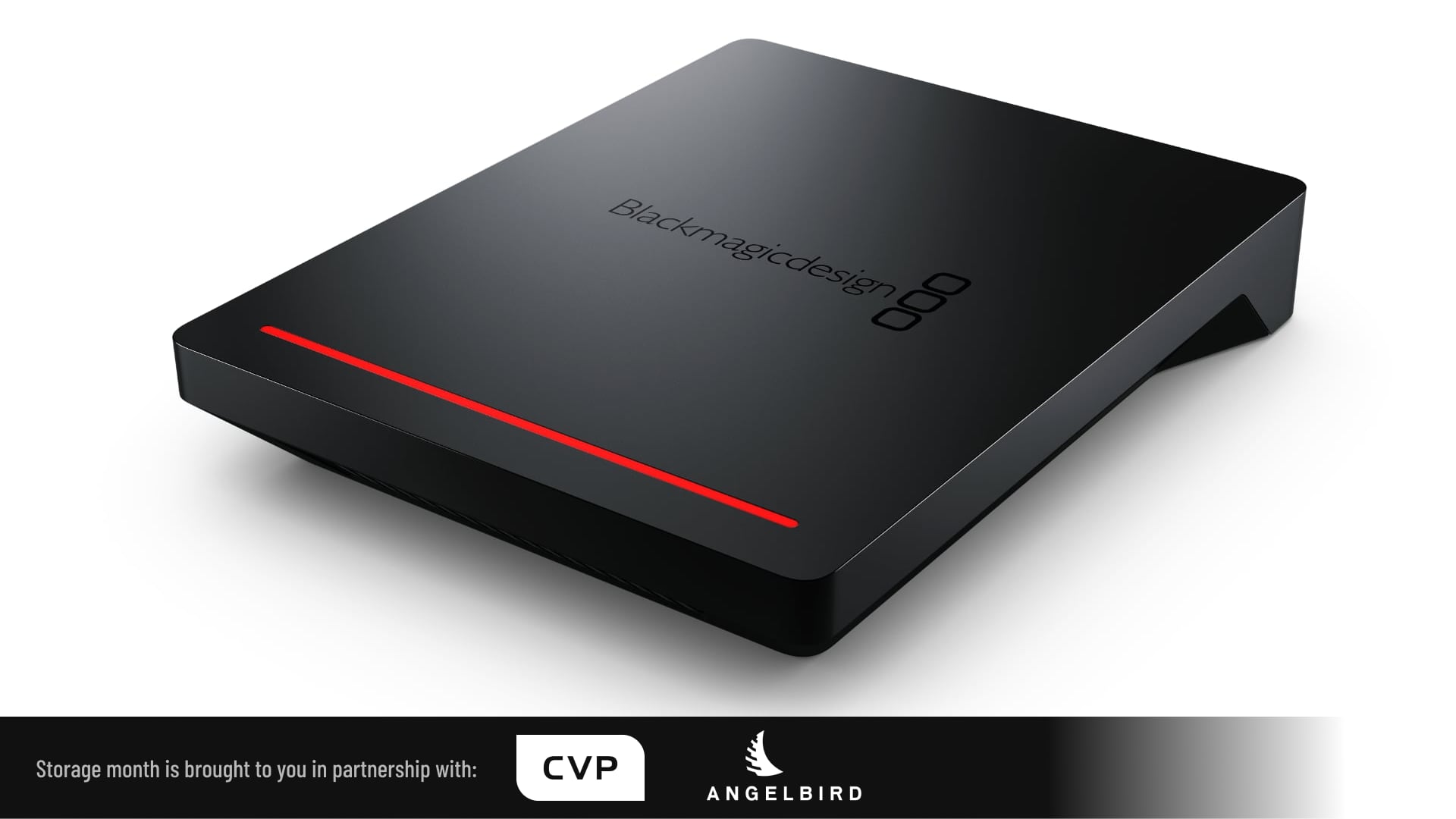 Blake Jones connects with a Blackmagic Cloud Pod and is impressed with the results.

Cloud Pod is Blackmagic Design’s entry level (circa $400)  product in its new line of network storage solutions. Cloud Pod can be used to connect up to two USB 3 storage devices and share them amongst multiple users. Additionally Cloud Pod allows you to synchronize your data stored locally with Dropbox or Google Drive. Being able to do this allows your data to be shared with other users in locations around the world.

I found that getting up and running with Cloud Pod was extremely fast and easy. My first step was to connect a display to the HDMI port on the back of the Cloud Pod unit so that I could see the Cloud Pod’s graphic interface. Once I connected a storage unit to the device it was immediately recognised. The graphic interface display provided me with data regarding which devices were connected along with their activity.

Network sharing is done with a 10 Gigabit Ethernet connection.You can easily connect this to multiple devices by simply adding an Ethernet switch. Once this is done, multiple users within your local network can then mount and access the storage volumes. If speed is not an issue, the unit can also be attached to your wifi router and then the storage volumes can then be mounted using a wifi connection.

When more than one disk is attached to Cloud Pod, each disk is shown separately when you access the device. Aside from the cloud storage synchronization that does a fantastic job, Cloud Pod’s control software ensures that there is no file corruption when multiple users read and write to the same volume. In essence it takes on the role of data traffic policing in order to make sure that no file system corruptions occur. Without this software a file system can get easily corrupted if multiple users are reading and writing to a volume at the same time.

I used Cloud Pod in a recent project and it performed flawlessly. We shot all our interviews using the Blackmagic Pocket Cinema 6K and the Blackmagic Ursa Broadcast G2 cameras. In both situations I recorded to an SSD storage attached via the USB port on the cameras. Once completed, I simply attached both storage devices to the Cloud Pod. It was a simple procedure to then mount the volumes on both computers. One computer was directly connected to the Ethernet switch with a 10 Gigabit Ethernet connection. The other computer was a Macbook Pro. In this case I used a 10 Gigabit Ethernet to Thunderbolt 3 adapter.

Using this configuration meant that the producer could view the rushes and make notes while I was starting to do the first rough edit. Working in this fashion proved to be the most efficient workflow. There was no latency and the producer was able to quietly view all the material while making notes. Another alternative would be to have both of us using Resolve’s collaboration mode so that both he and I would have direct access to the developing edit.

Another workflow would be to utilize the new Blackmagic Cloud database server. This actually allows you to store your project database in the cloud thus making it easier to work together with other users in different locations. There is a small charge for using the Blackmagic Cloud server but it is definitely a great option. It’s important to note that you need to be running Resolve 18 in order to take advantage of the Blackmagic Cloud database server. Aside from the workflow advantages, utilizing the Cloud database server is also a great idea from a backup standpoint. Your database is housing not just a single project but can house many projects. This means that having your database in the cloud and maintaining a backup for example ensures that all your projects are extremely secure since the database can be stored in two physical locations.

Resolve 18 also includes a new Blackmagic Proxy Generator application. This is a fantastic solution for generating proxies for any media that may be sitting in your DropBox or Google Drive cloud storage. As it’s a stand alone application, you can continue working on Resolve while the proxy generation process is running.

When Cloud Pod was first released, there was already a connection to your DropBox account. Recently a new software update was released that added support for Google Drive. As the product is quite new, it’s important to check periodically on the Blackmagic Design support page for new updates. I have noticed that they are constantly adding new features. When I first received the unit I connected it to my computer and it identified that a new software update was available. It was a simple task to install this and start working by simply clicking on the setup application. Once this application was running, it identified the unit immediately and prompted to me that a software update was available.

I have found that the Cloud Pod is not only an excellent solution for network media sharing within a small company but due to its compact size can also be a great solution for location editing or colour grading.