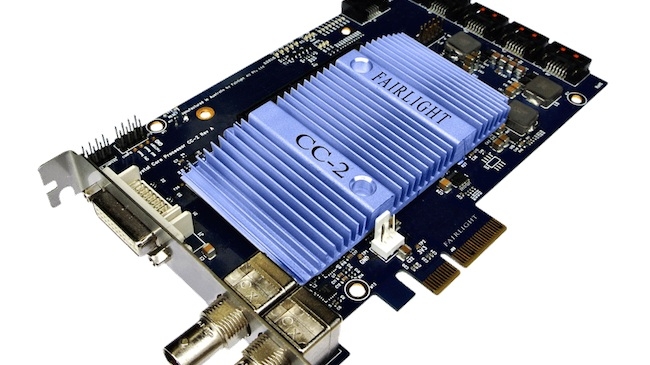 CC-2: ramping up the track count

The latest iteration of the Fairlight Crystal Core Technology at the heart of the company's various digital audio mixing, recording and editing systems promises to deliver impressive track-counts and support immersive surround formats beyond 22.2, all on a single PCIe card.

According to the company's reasoning, current track counts and surround formats require a more advanced and more scalable alternative to outdated DSP-based solutions, which is why it is pushing its FPGA-based CC-2 technology. Providing 1000 hard disk playback channels, 100 live inputs and 100+ output buses, the company claims that the CC-2 system is "the fastest and most powerful audio engine ever made."

Fully backwards compatible with audio hardware purchased for CC-1, the new engine enables a range of features including an entirely new 64 bit codebase, advanced delay compensation, and faster than real-time bounce. Equalisation, dynamics, plug-ins and inserts are always on every input and bus with near zero latency, and, with nigh on unlimited headroom, the company promises users will be able to tackle larger projects, with more tracks, more processing power, and more speed with ease.

It even rather boldly quantifies the claim, saying that coupled with other Fairlight technology, users can deliver projects at least 20% faster than on competitive systems. It will be interesting to see if that is borne out once the CC-2 based units start hitting the marketplace in earnest.