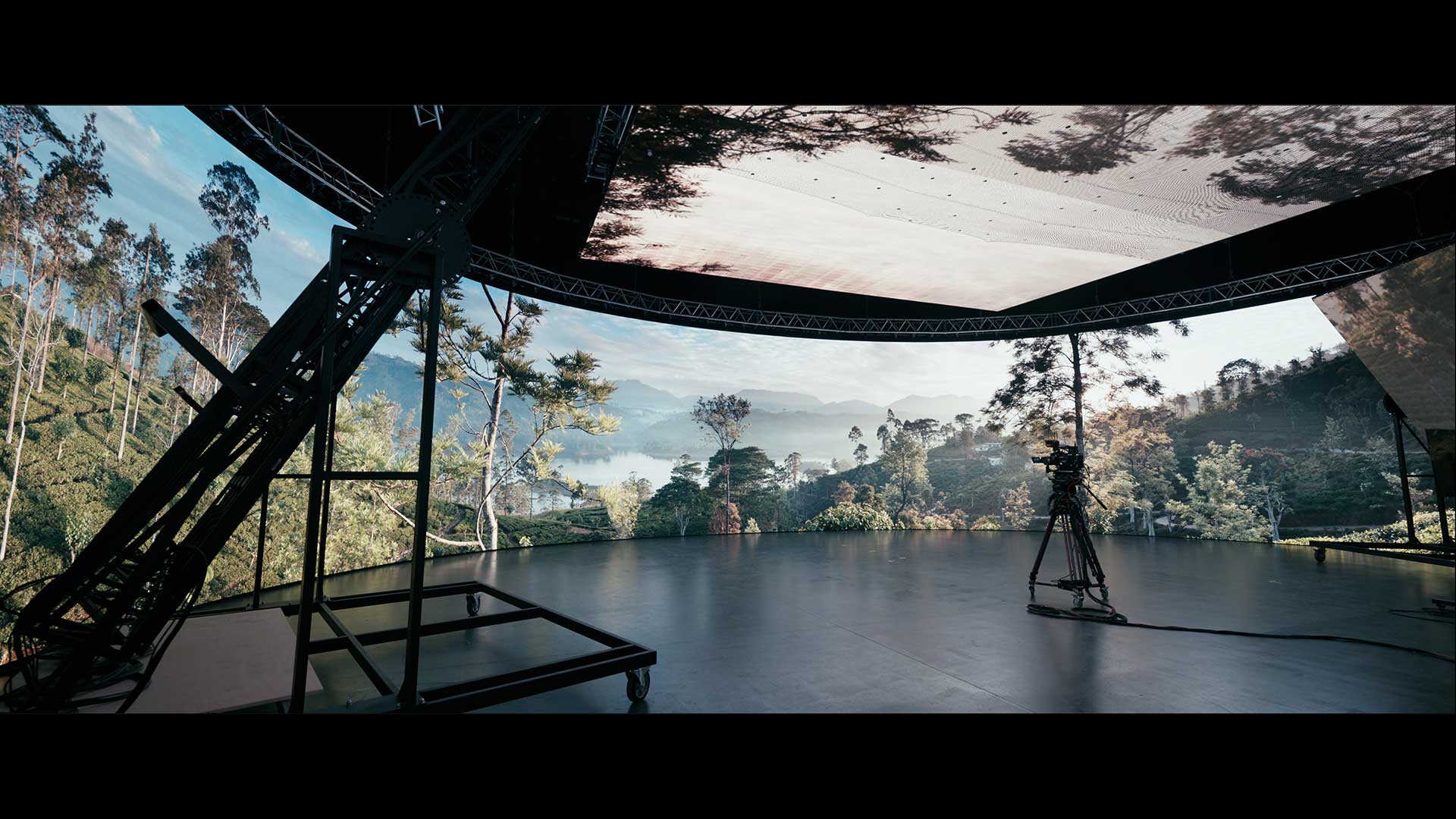 While ILM’s work on The Mandalorian is perhaps the best known example, there is huge groundswell of interest in shooting mixed reality productions underway at the moment aided and abetted by ever more capable LED screens and controllers and, of course, continuing advancements in the games engines that drive them. Mixed reality specialist Disguise reports that 165 of its xR (Extended Reality) stages have been built in 35 countries, for instance, in the past year, highlighting the sheer depth of demand there is for this sort of technology out there.

ILM ramped up its virtual game with Stagecraft 2.0 for season 2 of the Baby Yoda vehicle. The ‘volume’, the space which the LED screens enclose, has been expanded, new bespoke software called Helios provides realtime raytracing, and, as well as demonstrable improvements in terms of the quality of the final images that come out of it, the efficiencies that its providing to productions are astounding.

As Jon Favreau, the driving force behind Stagecraft’s technology explains, “It’s also forced us into having a more efficient workflow that draws pre production, production, and post production together into one continuous timeline.”

The result? Being able to work though what he estimates are 30%-50% more script pages per day. Which, given that the daily costs of being on set eclipse everything else in the process, is fairly seismic.

There are other big advantages in the mix too. The increased photorealism of the latest versions of the games engines that drive the process, such as Unreal Engine, means that you can stay in the studio rather than go to the expense of location shooting; having the backgrounds and CG elements animated on the surrounding screens gives the onscreen talent something to genuinely act against, rather than using markers, for a more naturalistic performance; the lighting is automatically sorted and provided by the scene itself; with the right software in place iterations can be made on the fly; and finally it’s far easier to maintain production bubbles for Covid-safe shooting.

All of which leads us to ARRI and the new mixed reality studio it has built and made available for hire in Uxbridge, London.

The studio has 343 square meters of LED wall, which has been installed in partnership with NEP Live Events production and makes it one of the biggest permanent mixed reality production spaces in Europe.

The production volume consists of a main, ‘in vision’ curve that is 30m wide by 5m high; two moveable and tiltable side screens, each 3m by 4.2m; and a height-adjustable 9.6m square ceiling. A back curve measuring 18m wide by 4.2m high completes the space. That means it can all be programmed to display 360-degree imagery so that, even when not in frame, the screens cast dynamic, fully integrated lighting effects onto the performers and the scene being shot.

Add in ARRI cameras, lenses, stabilisers, lights, and workflow support, which can all be provided to productions as a package deal on site, and you have a all-in-one solution for pretty much all of your mixed reality needs.

You also have increasing amounts of choice now too, though. ILM announced it was expanding the number of its Stagecraft studios around the world last year and now has one currently fielding enquiries and taking bookings just down the road from the new ARRI facility in Pinewood (as well as being used for prep on the forthcoming Ant-Man and the Wasp: Quantumania. Another one has been built at Fox Studios in Australia and is being used by  Taika Waititi for Thor: Love and Thunder, while a second stage has been built alongside the original at Manhattan Beach Studios (which, confusingly enough is in LA).

In other words, the market is growing. One day soon, you get the feeling, a seriously large amount of productions are going to be made this way.