Apple to announce switch from Intel at WWDC2020? 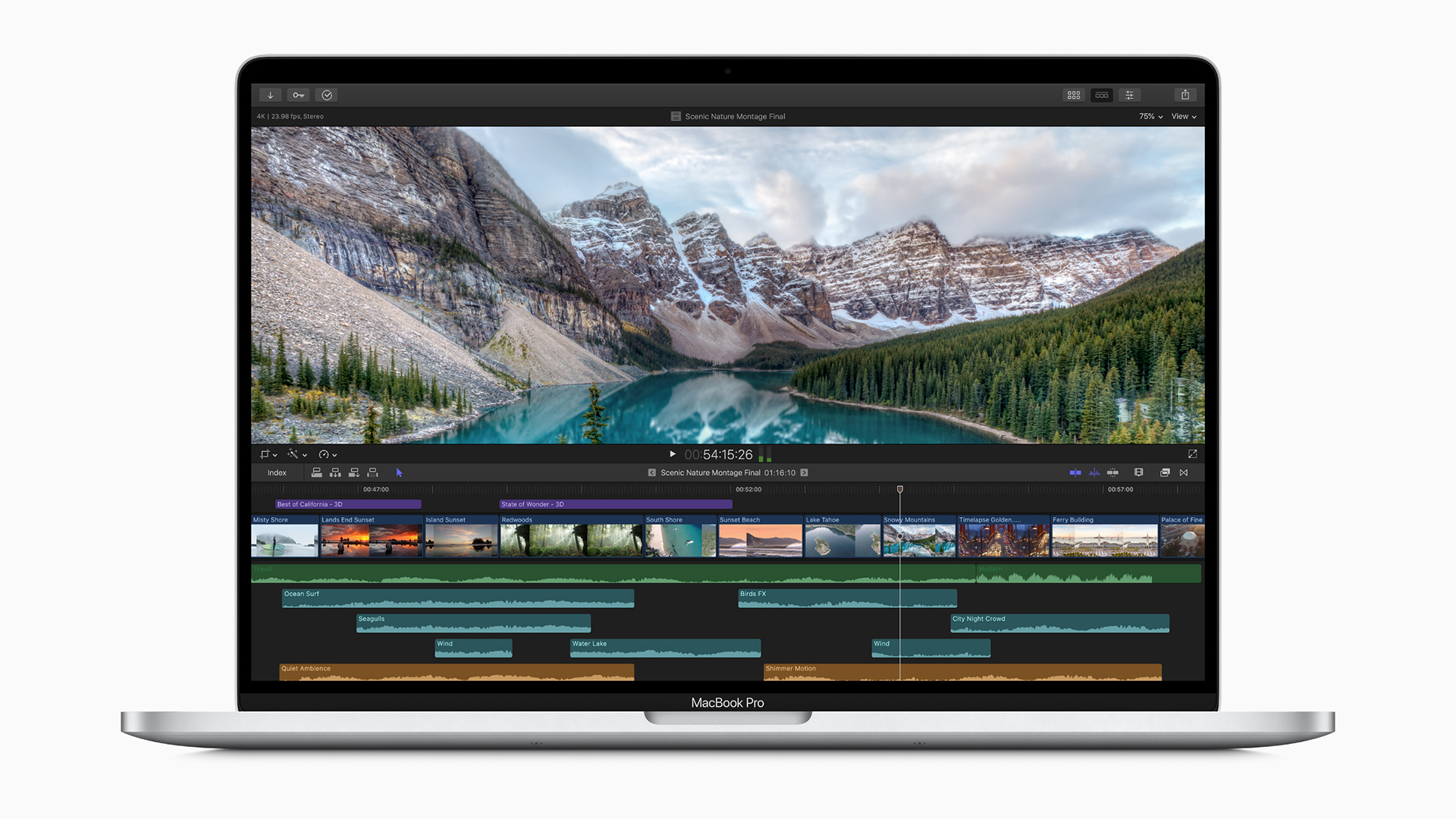 Apple may be moving on from Intel much sooner than anyone expected. If it's true, what will this mean for the company?

Starting on Monday June 22nd, Apple’s developers’ conference is now all but officially cued up to reveal the company’s strategy for switching its Mac line-up away from Intel’s CPU’s to its own in-house designed ARM chips.

Rumours of Apple switching to ARM have circulated in the background for over a decade, flaring up periodically only to subside after each year’s WWDC passed without the long anticipated announcement.

This year is different because of the specificity of the claims and a trusted source, with Bloomberg’s Mark Gurman leading the way and a widespread expectation 2021 is when ARM Macs finally arrive. For that schedule to be met, developers need to be brought onboard soon.

Deja vu all over again

At the heart of the 2020 switch to ARM is the same basic metric as drove Apple switching to x86 Intel in 2005: performance per watt. iOS devices have long outstripped Intel for power efficiency and the gap is only increasing as Intel’s 10nm process arrives while TSMC introduces an advanced 5nm process with 3nm due in 2022.

In 2005, Apple’s PowerPC alliance with IBM and Motorola on RISC technology forced radical innovation upon Intel x86, but could not dethrone it. The sheer scale of the Wintel eco-system was simply too much for the PowerPC business alliance to compete with. In retrospect, Apple had no choice - once Intel matched and then surpassed the PowerPC technology, there was no way back.

It was a defeat that Steve Jobs managed with no small grace, not just in the efficiency of the switch but also Bootcamp support for booting Windows on Mac helping drive a dramatic surge in Mac sales. The flexibility of being able to switch between UNIX-based macOS to Windows made Macs a popular choice for software developers. 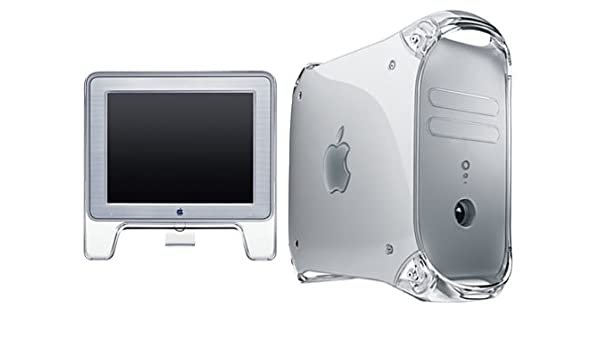 The Apple PowerPC. We might not see transparency back in vogue (shame), but the future for Apple computers could now be profoundly changed. Image: Apple.

Bootcamp isn’t something that can make the transition. But then again, this isn’t 2005 and Apple is switching to proprietary, in-house designs based on the expectation that rather than catching up with Wintel they can radically outperform it.

Apple’s shift to Intel was a technical and commercial triumph, but it was also a consequence of failure. There was simply nowhere else to go.

It erased the performance gap Apple had been suffering, but it also removed the opportunity for Apple to outperform the competition. In fact, due to the massed legions of PC manufacturers, the ‘level playing field’ tended to mean there was usually a MacBook alternative that offered superior performance for less, even if at the cost of some refinement and lack of macOS.

The switch to ARM breaks the shackles of the x86 Intel family for an all-new roadmap set by Apple. At its most fundamental, it will bring ARM’s power-efficiency which means longer battery life and potentially higher performance with less thermal throttling within Apple’s famously slimline chassis designs. It also opens the door to integrating custom logic just as Apple does on iOS. FaceID, advanced image processing, AI innovations and more can now be added much more easily on Mac. 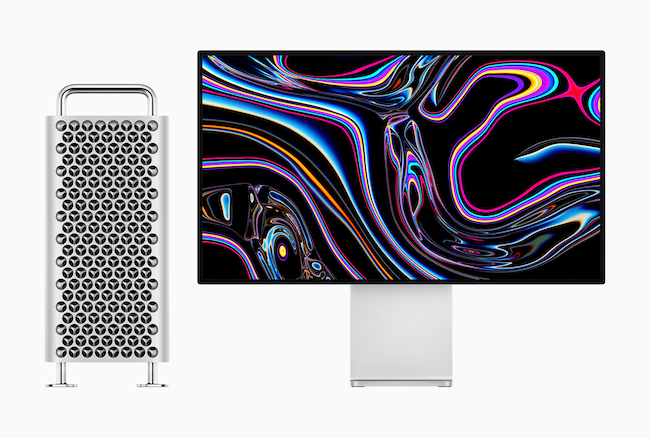 What would a move to ARM processors mean for the latest Mac Pro, released last December? Image: Apple.

The first ARM Mac is rumoured to feature an A14 chip, basically this year’s iPhone chip, but with up to 12 cores - eight high performance, four power efficient. The A14 in its iPhone version is already expected to run at 3.1GHz with a Geekbench single core performance of 1658 (up 25% from A13) and multi-core of 4612 (up 33%).

At least two other chips are in development for a second generation of Mac ARM chips with more cores and even higher performance. There will also be an Apple designed GPU, possibly with input from Imagination whose lapsed partnership with Apple was recently renewed - no doubt reflecting the promise of the IMG A-Series PowerVR GPU technology.

If the ARM transition follows the same logic at the Intel one, we can expect to see a rapid progression of Macs being switched to the new architecture while retaining a familiar look. For mass market consumers, the transition could almost pass without notice.

For professionals, using a far wider range of apps, Catalina’s shift to 64bit has already culled a broad swathe of apps not being actively developed enough for the upgrade. For those apps that are 64bit, the switch to a new processor architecture should be relatively straightforward using Apple’s developer tools, but the optimisations that leverage the theoretical benefits of ARM will take longer.

It might be that professionals with established workflow will prefer Intel Macs even after the initial transition.

Looking to the years after transition, PC manufacturers may wish to cast a nervous glance at the tablet market. The Apple brand reputation, high quality hardware, superb supplied apps and a willingness to be price-competitive without the cost of premium Intel chips has carved out an enviable market share.

A ‘cheap Mac’ has long been a contradiction in terms, particularly in the Intel era. However, the founding concept of the Mac back in 1979 with Jef Raskin was of a ‘low-cost, high utility’ device. The ‘computer for the rest of us’ ultimately sacrificed affordability for state-of-the-art usability, but ARM opens the door to new visions of what Macintosh will mean over the next decade or so. Apple might choose not to follow this path, but it’s no longer shackled to the Wintel processor roadmap with all the costs and generic performance that entails. It will have the flexibility to choose.

The meaning and relationship between macOS and iOS devices is going to evolve in fascinating ways when processor architecture is shared.

For video professionals, the new Mac Pro and 9-years sustained development (and free upgrades) of FCPX after the botched FCP7 transition indicate there will be a very serious plan. But exactly what form it will take is one of the key questions for WWDC20 - if Apple follows through on the now widely expected ARM announcement.