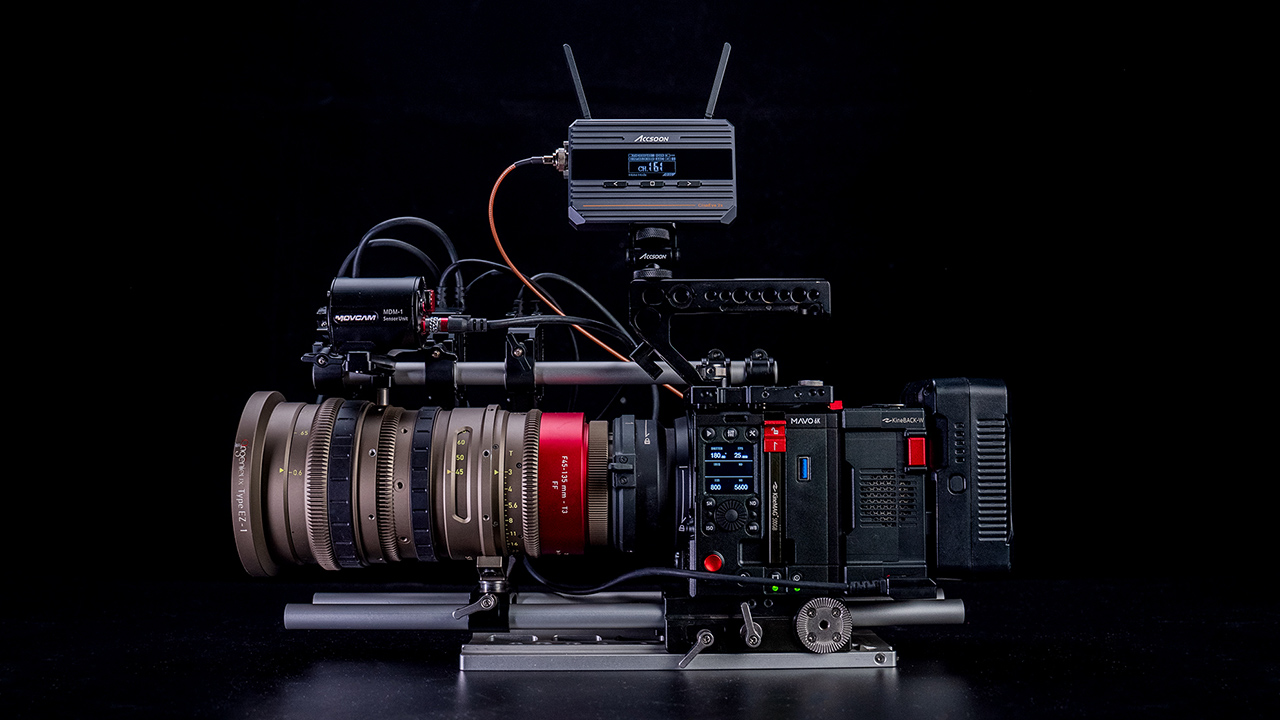 The new Accsoon Cineeye 2S is much more than just a low latency wireless video transmitter. It also turns your smartphone into a fully featured monitor.

The new device is compatible with both HDMI and SDI based camcorders and can supply a video signal at a range of up to 150m. But in a nod to the fact that filming now has to take account of social distancing, it can send the signal to up to four iOS or Android devices, meaning that crew members can carry their own private monitor around with them. The device is also capable of live streaming via RTMP.

The Cineeye 2S can transmit the video in 1080p resolution at up to 60fps with an average latency of less than 60ms, whilst automatic signal switching from a selection of 20 channels means that the image should remain stable, with full user override being possible.

Furthermore audio is streamed at 44.1/48KHz at up to 24-bit, which is transported using a low compression method, making live and accurate sound monitoring realistically possible as well. 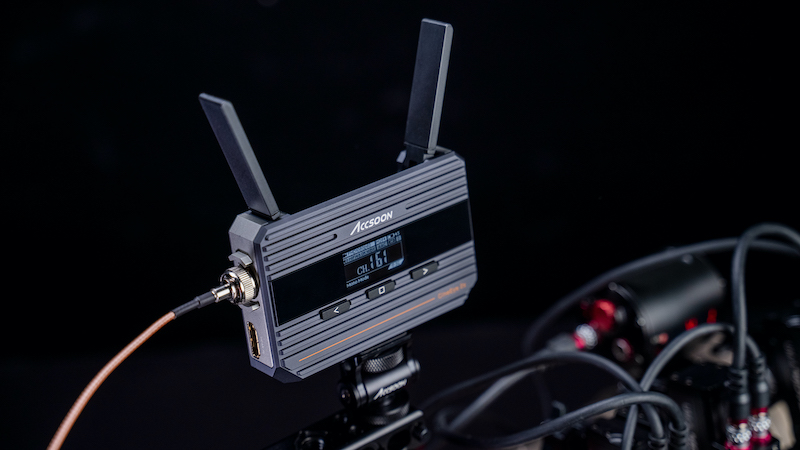 Another interesting aspect is that the Cineeye 2S can turn your smartphone into a camera mounted monitor as well. The device features shooting assist overlays such as selectable LUTs, peaking, false colour, waveform, histogram, and blue only displays. Aspect ratio mask overlays are available, and the device even features preset viewing LUTs for the most popular forms of log encoding out there. Anamorphic desqueeze is available, which given the current prevalence for anamorphic lenses will come in handy for a lot of users.

Using an accessory cable the Cineeye 2S can be used to control the record function of cameras such as the Sony A7 and A9 series, Canon EOS R series and 5D IV, Panasonic GH5 and S1H, Nikon Z series, and Fuji X-T3 amongst others. 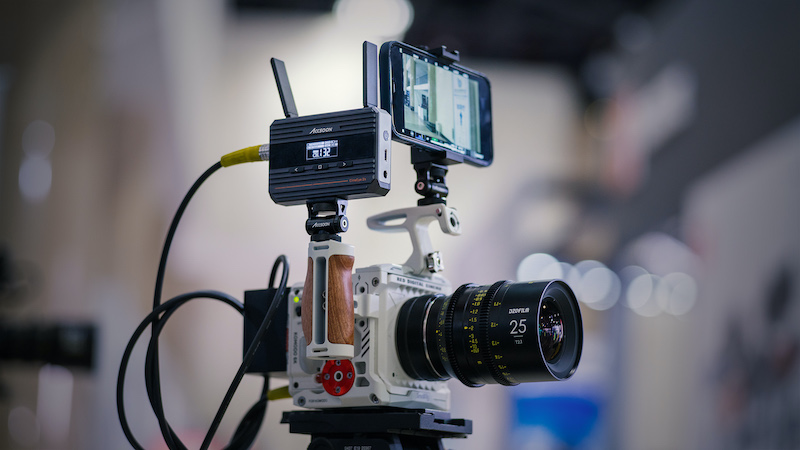 It appears that the Cineeye has been designed with full on-set abuse taken into account, with an all-metal body, antennas that fold into the bod y for transportation, and a 1/4” mounting thread that features an ARRI style anti-rotation functionality. It’s also very small, weighing in at 213g without the battery, and a battery life of up to 14 hours off an F970 style brick. DC power is also possible, catering for voltages ranging between 7.4 and 16.8V.

The best news of all is that the Cineeye 2S is incredibly well priced at US$329/€329/£239 ex tax. If it works as well as the specifications would indicate, that would make it amazingly good value, even a bargain.

We shall bring you a review as soon as we can get our hands on one. For more information visit the Accsoon website.