The Devil All The Time: 35mm film makes a comeback on Netflix 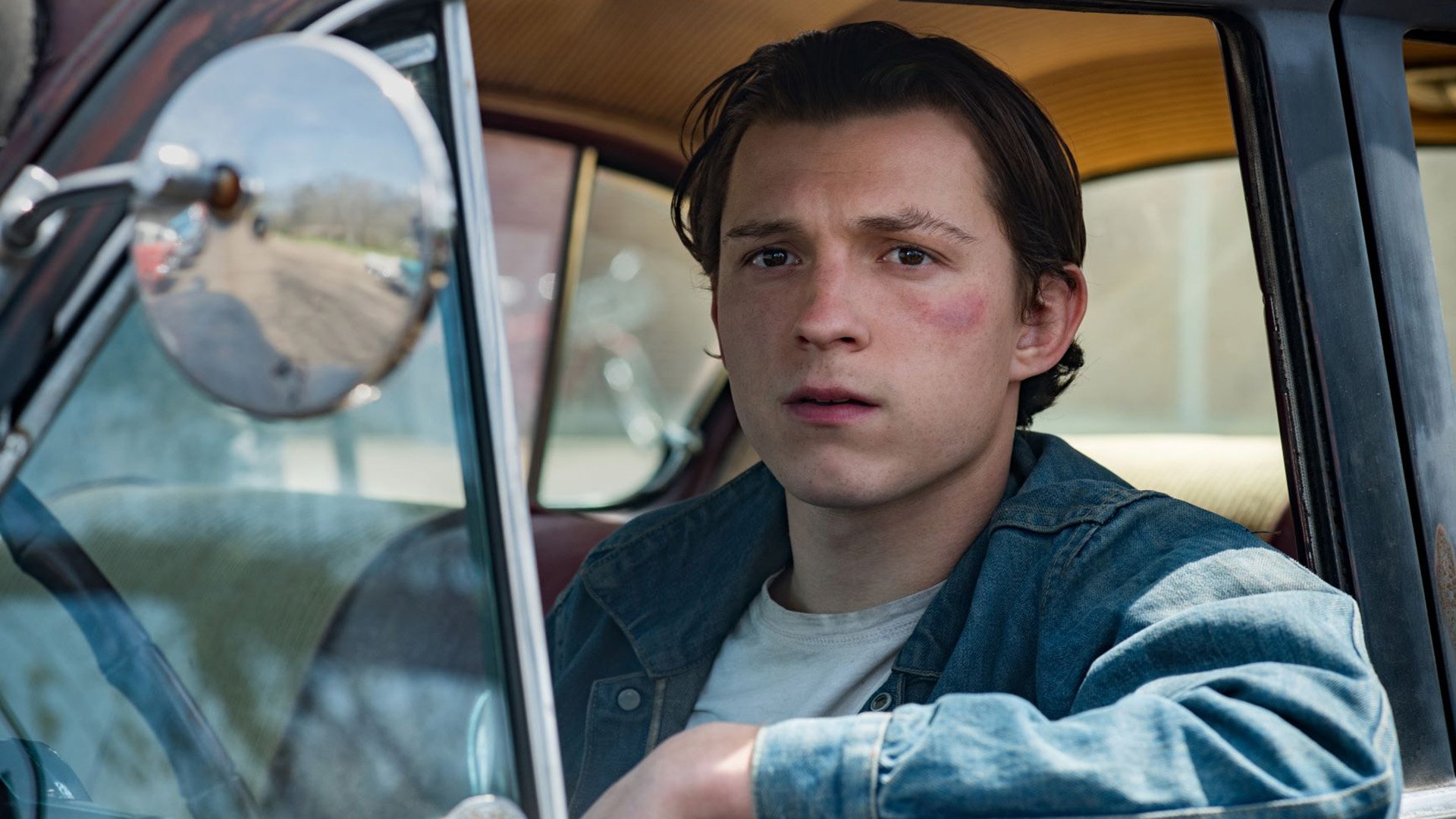 4 minute read
The Devil All the Time. Netflix.

A shot from The Devil All the Time. Image: Netflix.

You can eulogise about digital all you want but I defy anyone to get as close to the colour, detail and texture of 1950s Americana as British cinematographer Lol Crawley BSC does with 35mm on The Devil All The Time.

The new movie landing on Netflix this month is gorgeous to look at and a reminder of the quality of good old-fashioned celluloid.

It helps that the psychological thriller, adapted from the novel by Donald Ray Pollock, is a more than decent pot boiler. Starring Tom Holland, Mia Wasikowska, Bill Skarsgard and Robert Pattinson this is a brooding, bloody tale of twisted family and religious nuttery set in the backwoods of the American South spanning the time between World War II and the Vietnam war.

Director Antonio Campos, who previously made crime series The Sinner, settled on 35mm as the most appropriate media for this period piece. Crawley’s experience shooting film included lensing period flicks Childhood of a Leader and Vox Lux.

He explains why he deliberately under exposed the film to achieve greater detail in the shadows of what is a largely exterior location shoot.

Building up the shadows

“I have this theory that cinema tends to take its lead from photographic art in terms of rich blacks being a benchmark to aim at. Conversely, if you are painting you generally don’t tend to use black in its purest form. What you do is build up shadows with purples and browns and put colour in the shadows. That’s what I wanted for this story. Shooting film gives you this painterly quality.”

Crawley underexposed and used a push process during developing to trick the negative into thinking it has a higher ISO. The result gave him greater versatility in filming in various low and natural light conditions.

“To get a true black you would of course expose correctly,” he elaborates. “But if you underexpose and then push process by one or two stops you end up distressing the film - abusing it slightly - in order to drag that extra information and different colours back out of the shadows.” 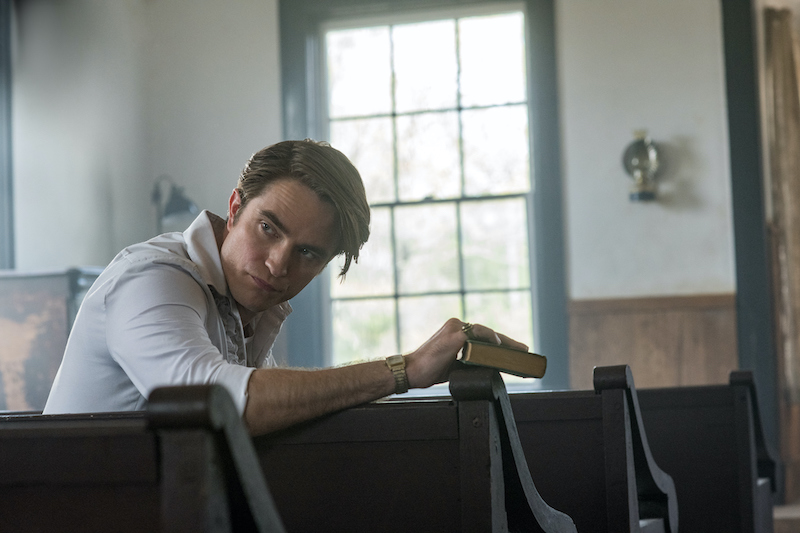 “I push processed more earlier on in the story to draw out more grain and in later periods of the film I was a little cleaner in my exposure to deliver a sense of modernity.”

He shot on ARRICAM LT and ST 35mm film cameras. With a 2.40:1 aspect ratio, Crawley considered using anamorphic but the extent of the location photography led him to select a set of Cooke S4 primes.

“Since we had a lot of real locations as opposed to sets I felt anamorphic would have distorted the image too much when what I was seeking was an authenticity to the story.”

The opening shot for, instance, establishes the rural home of one of the story’s main protagonists. It’s a locked off shot giving the eye freedom to explore great colour and detail in the trees and leaves, the dirt yard and wood frame building.

A little later in the film, corrupt sheriff Bodecker (Sebastian Stan) enters a bar. It’s a superbly lit composition with a single light over a bar and another light over the green baize of a pool table reminiscent of the mood of an Edward Hopper painting.

Crawley researched 1940s and ‘50s documentary photographers like Walker Evans, Dorothea Lange and Robert Frank who tracked across America taking portraits of people on the breadline.

“Those, along with the painting of Andrew Wyatt, helped to inform the composition and the honesty to the rural environment. As we progress through the story, we looked at contrasting that with a certain sense of modernity. The colour photography of William Eggleston was a reference here.”

“The later scenes move away from natural dyes and into acrylic, vinyl and more artificial colours. We try to pop those colours and saturate them but the trick was not to go too far and risk becoming too stylised and cartoony which would undermine the drama.”

Dailies were processed in Atlanta and viewed by Crawley on-set digitally. “The images are just very compressed so if you’re being bold in exposure and you have a compressed image to monitor you do lose detail and hope what you captured is on the neg.”

Another seemingly simple shot showcases just what he achieved. It’s taken at late dusk from the viewpoint of one car following another up a dirt track. The red rear lamps are picked out in the deep gloom.

“That’s definitely one of the happy accidents. It was never intended to be that late. We just grabbed it filming from a follow vehicle with an arm. It was literally the last grab of the day. With film you can be constantly surprised in terms of these happy accidents. You think something is a big mistake at the time and then you are proved wrong when you see it.”

The idea of approaching a film ready to accept what happens in the moment rather than seeking total control is something Crawley applies to all his work. It’s not just a digital versus film argument but a global philosophy of filmmaking.

He quotes legendary cinematographer Christopher Doyle as saying that ‘In the West filmmakers say here’s my frame how do I fill it?’ Whereas in Asia they say here’s my world, how do I frame it?’

“One is about imposing yourself on the scene and imposing control, the other is more open to what the environment is telling you,” he says. “There’s something interesting about being open to a certain call and response rather than trying to strictly superimpose your vision on events.”