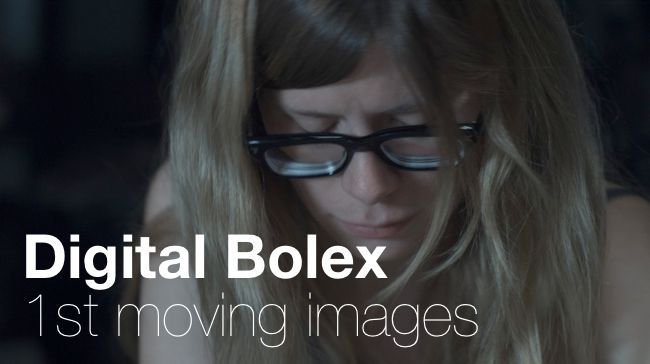 The Digital Bolex project talks about its progress in a way that's pretty unique in the competitive world of hi-tech product development. Only RED comes close, but in a different way. RED communicates whenever they've got something to beat the competitors with - more stops, more pixels, smaller files, etc. But Digital Bolex just talks you through where they are now, making you feel like you're part of the team, sharing every little breakthrough almost as though you were partly responsible for it.

In a way, the Digital Bolex D16, directly modelled on the idea of an analogue 16mm camera, exists in its own bubble - distinctive enough not to feel like it's caught up in the raging torrent of new technology that we barely have a chance to familiarise ourselves with before it's swept away by the next generation. Digital Bolex is as much about style and attention to detail as it is about raw horsepower.

More than all that, it focuses on the essence of the image and not the specifications. Resolution isn't everything: if it was, we wouldn't have oil painting.

The Digital Bolex team have just released a few seconds-worth of moving images from their prototype D16. It's available for download, and several eager potential customers have tried grading it. You can see some of the results here.