RedShark Summer Replay: This will change the way you see the future 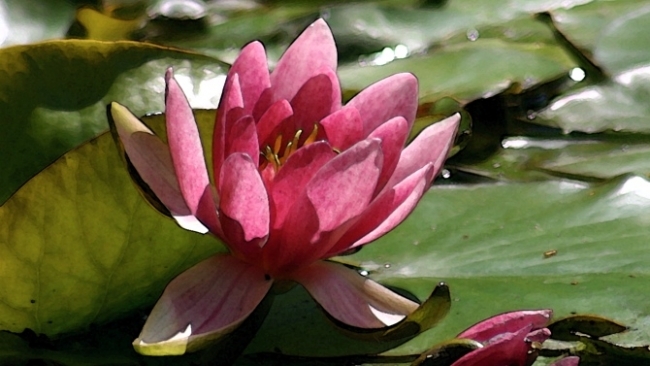 This will change the way you see the future

"We are living in an extended period of rapid change". There’s nothing particularly stand-out about that unremarkable sentence, until you start to think about what it really means. And then it starts to look quite strange.

That’s because rapid change normally happens over very short periods, not long ones. Think of an explosion, or a balloon bursting. Think of two cars colliding. You typically get a massive, sudden change of state, a release of energy, and then everything settles down to a new equilibrium.

But there’s something very different about the time we live in. You may not see it in the landscapes, rivers, sunsets or fauna that look the same to us as they always have, but, if you look at the layers of technology that surround us, it’s there, picking up speed, even as you read this.

We can only imagine

Rapid change is here to stay. But we’re only just starting to realise it, and we can only imagine what the consequences will be.

Nine years ago I bought a 2GB USB memory stick for nearly $1000. Last year, I bought some Flash memory (an SSD) with 128 times that capacity for the same price. That’s a 128 times improvement in well under a decade.  But wait, there’s more! That price included a Macbook Air: a laptop that fits into a manilla envelope, can edit HD video and can be used as a wireless, worldwide videophone.

While a typical national healthcare organisation has to send x-rays to consultants by snail mail (also in a manilla envelope), Facebook can upload 240,000 photos per minute from 1,000,000,000 (1Billion) users. The moment you take a picture, anywhere in the world, anyone - anywhere - can see it. And it’s a free service. With YouTube and a smartphone, you can broadcast to the entire globe, from the street. Any street. Admittedly you might not want an x-ray of your coccyx on your Facebook feed, but you can still be amazed at the discrepancy.

So why can Facebook and YouTube do so much better than the healthcare organisation? It’s because they  “get” it. They understand the nature of the change.

In an era where technology advances exponentially, if you think we’re still on a linear path, then every decision you make will either be short-term, or wrong. You could say that we’re in a new industrial revolution, where it’s not about what’s changing, but change itself.

So what does this mean for the Moving Image industry?

It means total, absolute change. And if you’re going to stay in business, you need to be able to understand the underlying trends, extrapolate them further than you’d ever have thought it was realistic to do, and, more than anything, stay flexible.

But unfortunately, the nature of the current rate of progress is hard to grasp. It’s unintuitive.

And if you don’t believe me, try a thought experiment that blew me away when I read it recently in an article about cognitive dissonance (the idea that you have an inbuilt bias towards making certain conclusions about what you percieve).

Imagine a lily pond. The lilly leaves double in area every day. It takes 48 days for the entire surface of the lake to be covered by the plants. So how long did it take for only half the surface to be covered?

If it hasn't dawned on you already, what this means is that our perception of the way things change is intrinsically flawed. As little as six months ago, everyone was saying "it will be years until 4K televisions are in the shops". That was until last friday, when we were hit with this news.

In the future, starting with now, don't be surprised at how often, and how much, you are surprised.