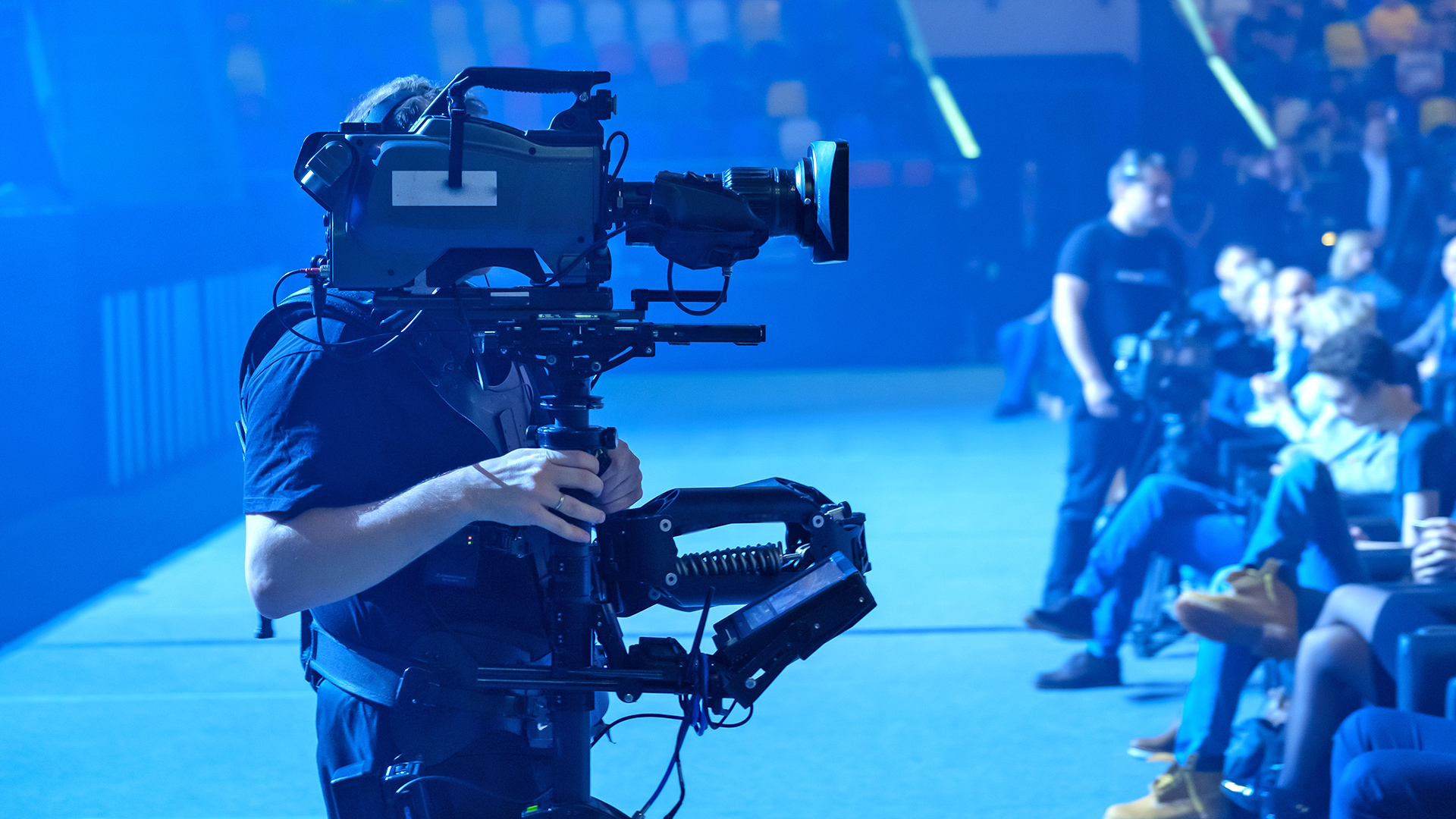 Replay: Ever got caught up in a debate about whether Steadicams or gimbals are best? The fact is that the answer is neither. Phil Rhodes looks at why each device is not mutually exclusive, but they both need to be used in the right situation.

Some time ago, my esteemed colleague Mr Wyndham published a fascinating and informative comparison of Steadicam and gimbals. It’s not often that two devices operating on such wildly different principles can be compared so closely – and that comparison itself is controversial – but there is certainly some overlap in what they can do. Both are useful and any criticism of either given here is cautionary, not exclusionary. In fact, it’s when they’re used together, with either a whole gimbal or at least an automatically-levelled cage on a Steadicam, that the really advanced tricks become possible.

But there’s a need for caution, and it’s not entirely to do with the differences and similarities between Steadicams and gimbals. 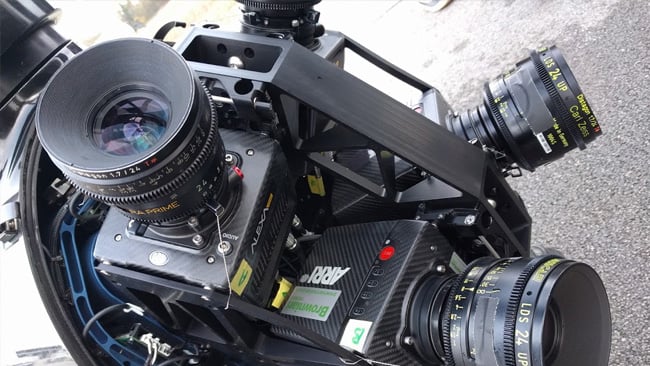 That's not a gimbal. THIS is a gimbal

Yes, Steadicam ideally removes more instability than a gimbal. Gimbals stabilise which way the camera is pointing, not where the camera actually is, and that affects their ability to do exploit parallax with very nearby objects without revealing the bob and weave in their position. The fundamental difference is that gimbals do their work automatically, whereas there’s nothing automatic about a Steadicam. Basic Steadicam technique, enough to safely produce a reasonable shot that doesn’t require lots of panning and tilting and running around, is not rocket science. Almost anything more than that quickly becomes a task demanding huge amounts of continuous practice.

Steadicam demands an expert operator, and it is something of an all-or-nothing proposition. There’s not really any such thing as a medium-grade Steadicam operator. And yes, that’s also a problem: the very ease of gimbals means they can be quickly and easily deployed by inexperienced people on very small productions, and that’s where they get a bad name. People in that situation have occasionally allowed their enthusiasm to run away with them, and shot hours of footage with beautifully level horizons and terrible framing.

On a gimbal, it is at least easier to separate roles and solve the problem. Remote pan and tilt means that one person can concentrate on moving the camera through the scene, and another can concentrate on pointing it in the right direction. Not that operating isn’t a hard-won skill in its own right, but this certainly makes life massively easier, or at least much faster to learn to a workable level.

This might look like a giant radio-controlled car, and it sort of is, but it also provides some multi-axis isolation for its gimbal (not shown, above the chassis)

Meanwhile, the Steadicam operator must move the camera through the scene, frame, and try to maintain a level horizon, something gimbals do effortlessly. The specific difficulties of Steadicam include maintaining a level horizon, avoiding pan deviations while executing tilts (which require a lot more force than pans but are controlled from the same grip) and, of course, the gigantic, swingeing weight. Steadicam operators are sometimes their own worst enemies when they make extravagant claims of all-day endurance, whereas in reality even the hugest human will struggle to maintain the same form on hour fifteen as they did in the morning.

We could go on comparing the specific difficulties of both systems all day, but the fact that gimbals are easier – and they are – is not really the point we’re here to consider. The larger issue with both Steadicam and gimbals is actually nothing to do with either technology; it is creative. Long, flowing stabilised shots have become connected with several specific areas of camerawork, particularly live sports broadcasting and single-camera drama. 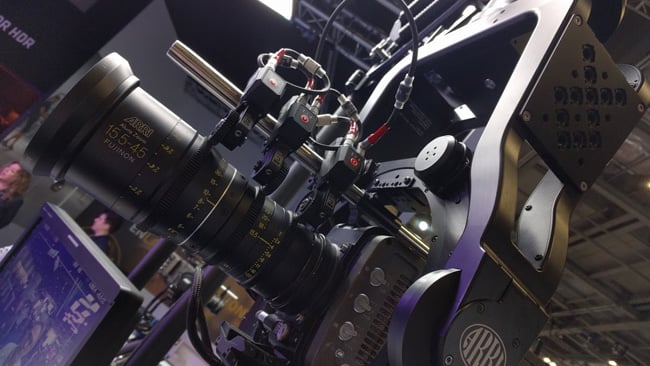 Arguably, this is also a gimbal, often used on cranes and stabilised mounts for shooting vehicles. This is not a task area in which Steadicam competes, at least not universally

Sports OB is an endurance test. Drama is a field in which some of the world’s most experienced Steadicam operators have made their names shooting walk-and-talks, where characters stride purposefully around, conversing. It’s a way of covering dialogue that allows big TV shows to quickly blast through dialogue in a way that’s visually interesting and lightning fast to shoot.

It also reveals huge amounts of the environment. Again, on anything but the biggest productions a good-looking result can be very dependent on showing only the most acceptable parts of the location. Steadicam and gimbal can both be selective, but they work best on the huge standing sets of American TV drama, or on spectacular locations, where everything is lit and production designed to look great. Then, it’s possible to wander around with a reasonably wide lens, pointing the camera in every available direction for minutes on end. It works. 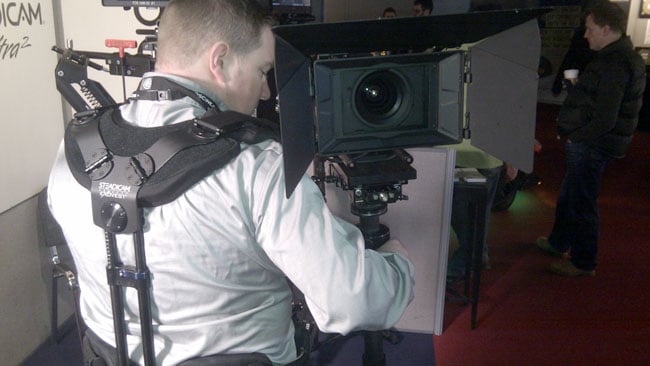 Back-mounted vests make life a lot easier on the operator. Aiming backwards like this doesn't

When we want to go long distances or over rough terrain, Steadicam and gimbals can be a lifesaver. Outside those circumstances, though, stabilisers work best in circumstances that are rare to begin with. Because of this, the consideration is much more about what we’re going to shoot with it than what we’re going to shoot it with. Sure, if you are a high-end television production, stabilisation can be great. If you are a student short film, or even a less high-end television production considering splurging on a stabilised camera for a day for that difficult shot, think carefully. Handheld is a better bet than a bad stabilised shot. 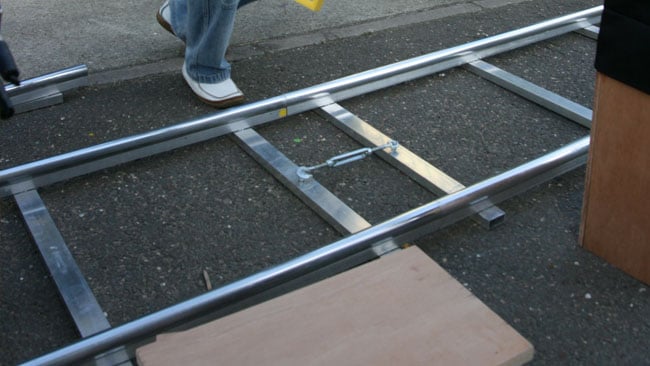 Sometimes, this is just easier